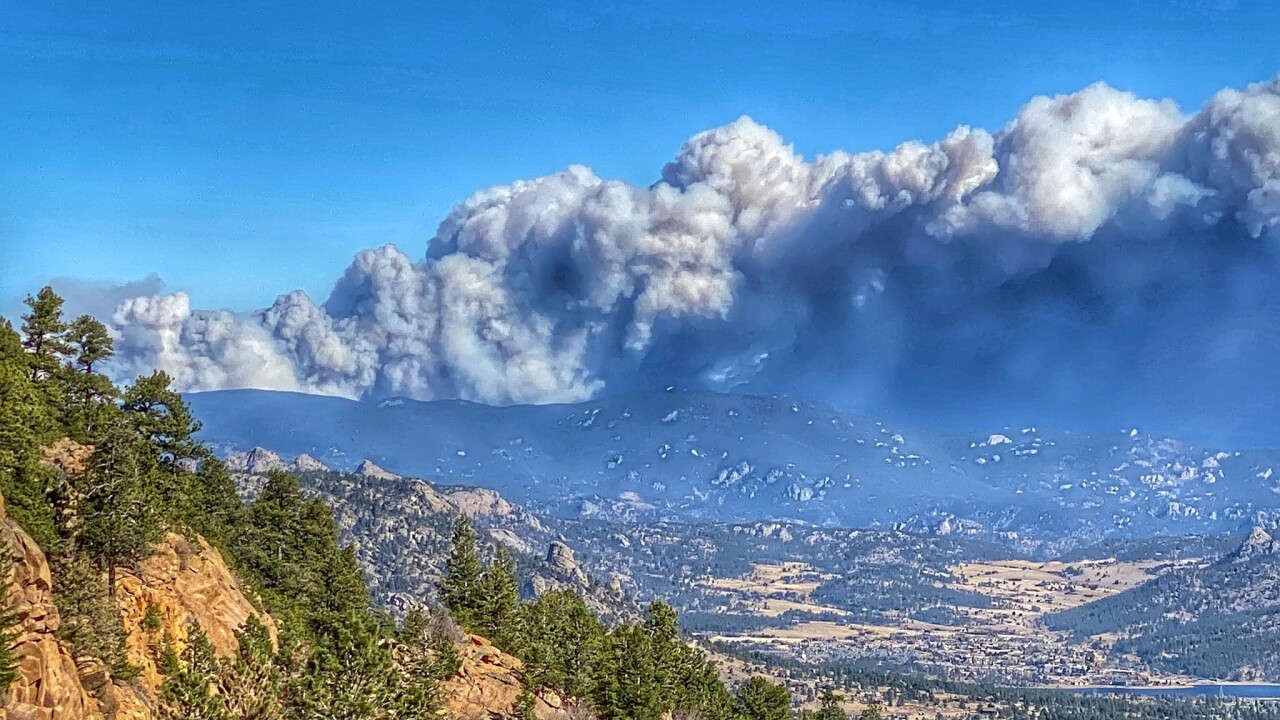 The Cameron Peak Fire, now the largest wildfire in Colorado's history, burned through another 3,013 acres of new land Thursday, bringing it to 167,153 acres in size by the evening. It remains 56% contained and no injuries have been reported.

The fire became the largest in Colorado history on Wednesday evening. It took only 48 days for the Cameron Peak Fire to surpass the 139,007-acre Pine Gulch Fire as the largest in recorded state history, and also blew past the 137,760-acre Hayman Fire in 2002.

In a Thursday morning update, Operations Section Chief Paul Demerico of Rocky Mountain Team 1 said they are expecting a challenging few days ahead.

"But we have beefed up and feel like we have adequate resources to do what we can, especially when it comes to structure protection," he said.

The following places in Larimer County are under mandatory evacuations:

The following places in Larimer County are under voluntary evacuations:

The City of Fort Collins tweeted Thursday night that while the fire pushed toward the west side of Horsetooth Reservoir, "there is little concern about it reaching or causing evacuations in Fort Collins city limits."

An American Red Cross evacuation center has been opened at the Embassy Suites in Loveland, located at 4705 Clydesdale Parkway. The Red Cross has also set up a new phone line (800-417-0495) for evacuees to call for information. Those affected can also go to the Hilton Garden Inn at 821 E. Harmony Road in Fort Collins, where volunteers will assist whoever is in need.

Rocky Mountain National Park announced an additional closure of the Lawn Lake Trail on Thursday afternoon. Multiple other ares in the northern part of the park are already closed.

Demerico said the western side of fire is almost all contained, but the fire was able to run east all the way to County Road 27 thanks to the wind, terrain and dry fuels.

The main objective for the next day or so is to keep the fire south of 44H Buckhorn Road and west of County Road 27, he said.

Winds will continue to be a problem over the next few days, though they won't be as strong as Wednesday, Demerico said. Structure protection resources are scattered around Storm Mountain, Cedar Park, Glen Haven and Estes Park.

The gusts also prevent fire officials from flying aircraft to help fight the blaze from the air.

The fire's incident meteorologist is predicting a Red Flag Warning to begin at 11 a.m. Friday.

Larimer County residents may see periods of moderate to heavy smoke in their neighborhoods Thursday, according to the Colorado Air Quality Summary. The smoke may impact Fort Collins and Loveland as well.

The National Weather Service said smoke from both the Cameron Peak Fire and the new East Troublesome Fire in Grand County will move toward Denver Thursday afternoon.

The Poudre Schools District said as of Thursday morning, it had identified more than 300 students in kindergarten through 12th grade who were affected by the Cameron Peak Fire. It is working with those students to see how they can support them.

Scroll through the below StoryMap to see the fire's progression since it sparked on Aug. 13.