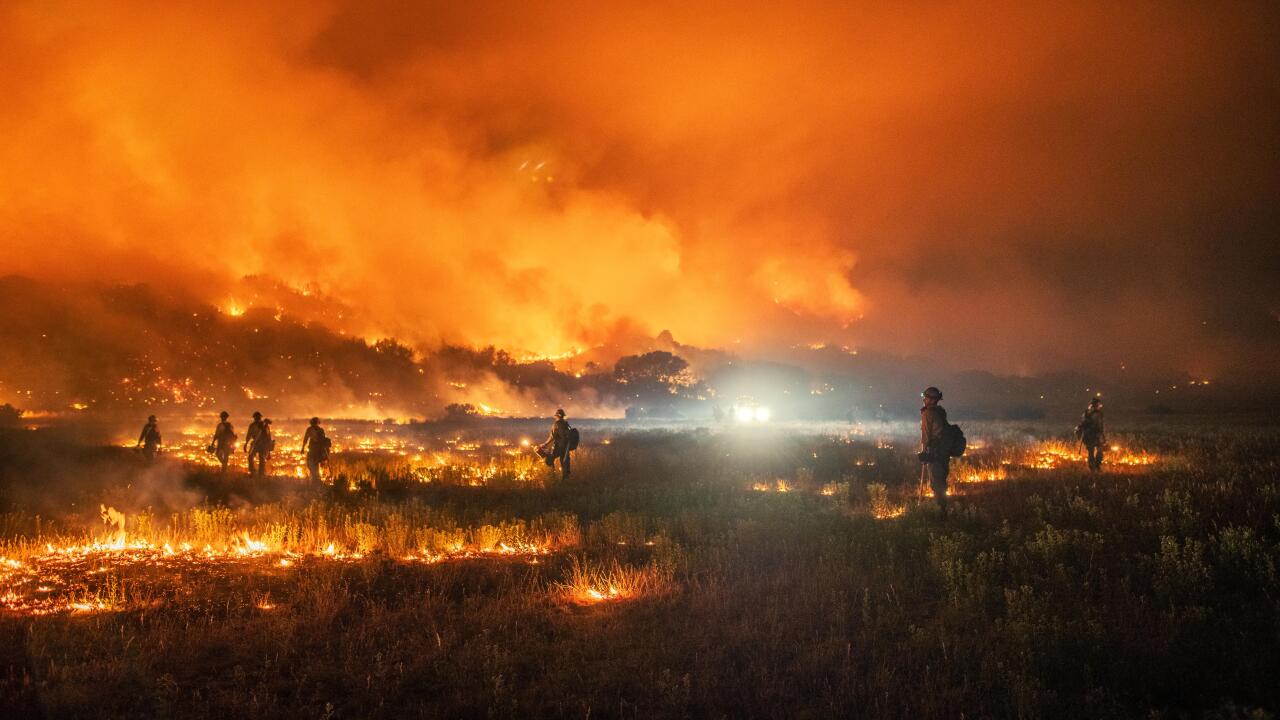 It is now 139,006 acres in size and 77% contained, according to the Rocky Mountain Incident Management Team.

The state's 10 largest fires in history, ranked by acreage, are:

Note: The Rocky Mountain Area Coordination Center said the West Fork Complex fire, which burned a total of 109,632 acres in 2013, is not included on this list since it involved three separate fires.

Before Thursday night, the Hayman Fire was the largest wildfire on record in the state. That fire, which broke out in 2002, burned 137,760 acres north of Lake George, and included Park, Jefferson, Douglas and Teller Counties. According to the Pike and San Isabel National Forests, it was one of the most severe wildfires in respect to burn intensity. It grew rapidly and destroyed 600 structures in its path, including 133 residences, one commercial building and 466 outbuildings. The fire was caused by humans and was contained and and controlled by the end of July 2002.

The Pine Gulch Fire started on July 31 about 18 miles north of Grand Junction. It was sparked by lightning.

#PineGulchFire MCSO’s Undersheriff and Emergency Manager were able to fly the perimeter of the Pine Gulch Fire  to veiw the active fire line and assess the damage to the region. Here’s video from their flight yesterday. pic.twitter.com/PuYtYViN4Q

The following roads are under evacuation orders:

A pre-evacuation order is in effect for:

Click here for details on evacuations in Garfield County. There are no pre-evacuation or evacuation orders in Mesa County.

In addition to evacuations, there are road closures around the fire as well, including: