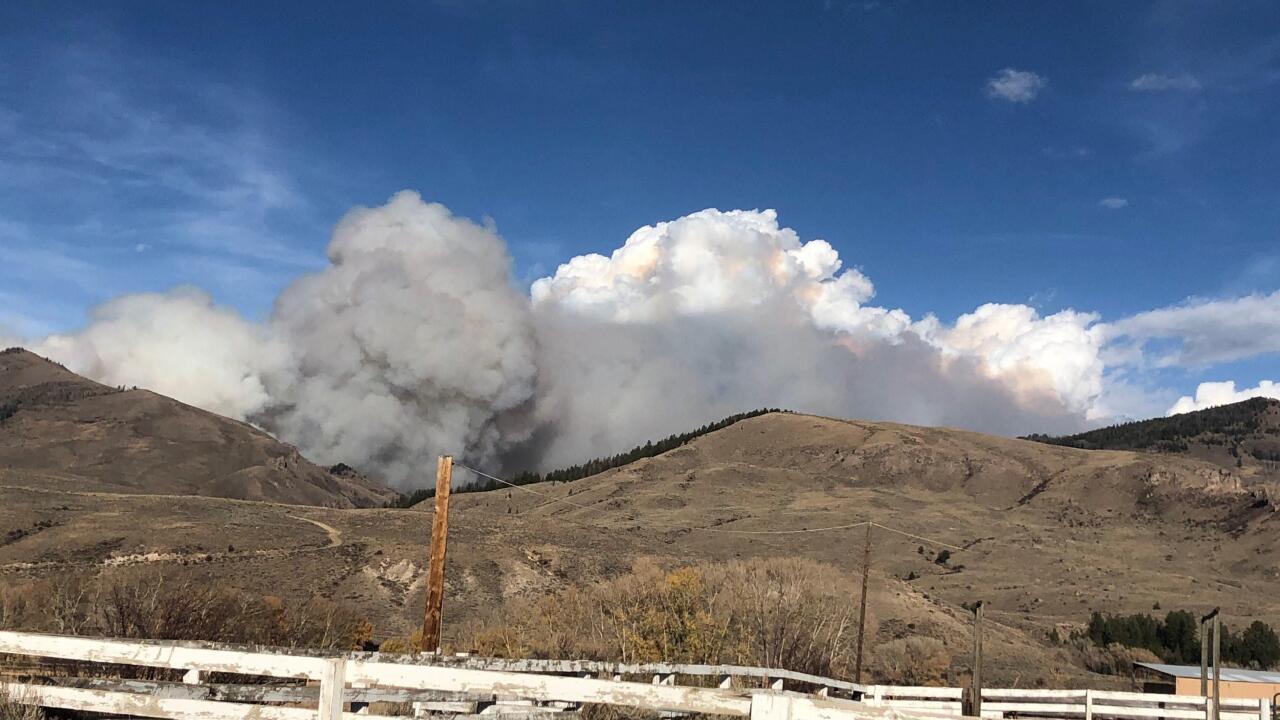 The East Troublesome Fire sparked around the Grimes Peak area on Wednesday. Wind gusts reached 45 mph around the fire. On Wednesday evening, the fire was about 400 acres, but it increased to 3,700 acres by 11 a.m. Thursday, the Grand County Sheriff's Office said.

In an update on their Facebook page Thursday night, the Grand County Sheriff's Office said 80 personnel, several tankers as well as helicopters were fighting the fire.

The following places are under mandatory and pre-evacuation orders:

The sheriff's office ordered the Big Horn Park evacuation around 4:30 p.m. Thursday. The other evacuations were set Thursday morning.

All evacuations and pre-evacuations will remain in place and will be reviewed around 6 p.m. Friday, deputies said.

Aerial crews flew over the fire on Wednesday and reported that the fire is inaccessible to engines, the sheriff's office said. Crews from the Williams Fork Fire and Middle Fork Fire will travel to the East Troublesome Fire Thursday.

Residents and travelers in Hot Sulpher Springs, Parshall and Kremmling will likely be able to see the fire's smoke plume. An Air Quality Health Advisory was issued for 9 a.m. Thursday through 9 a.m. Friday in Grand County, the Colorado Department of Public Health and Environment (CDPHE) announced Thursday morning.

On Thursday morning, moderate to heavy smoke will move around northern Grand County and will decrease later in the morning. By the afternoon, winds will send smoke southeast of the fire, to Hot Sulphur Springs and Granby, the CDPHE said. There may be periods of heavy smoke.

Smoke will start to drain to lower-lying areas Thursday night.