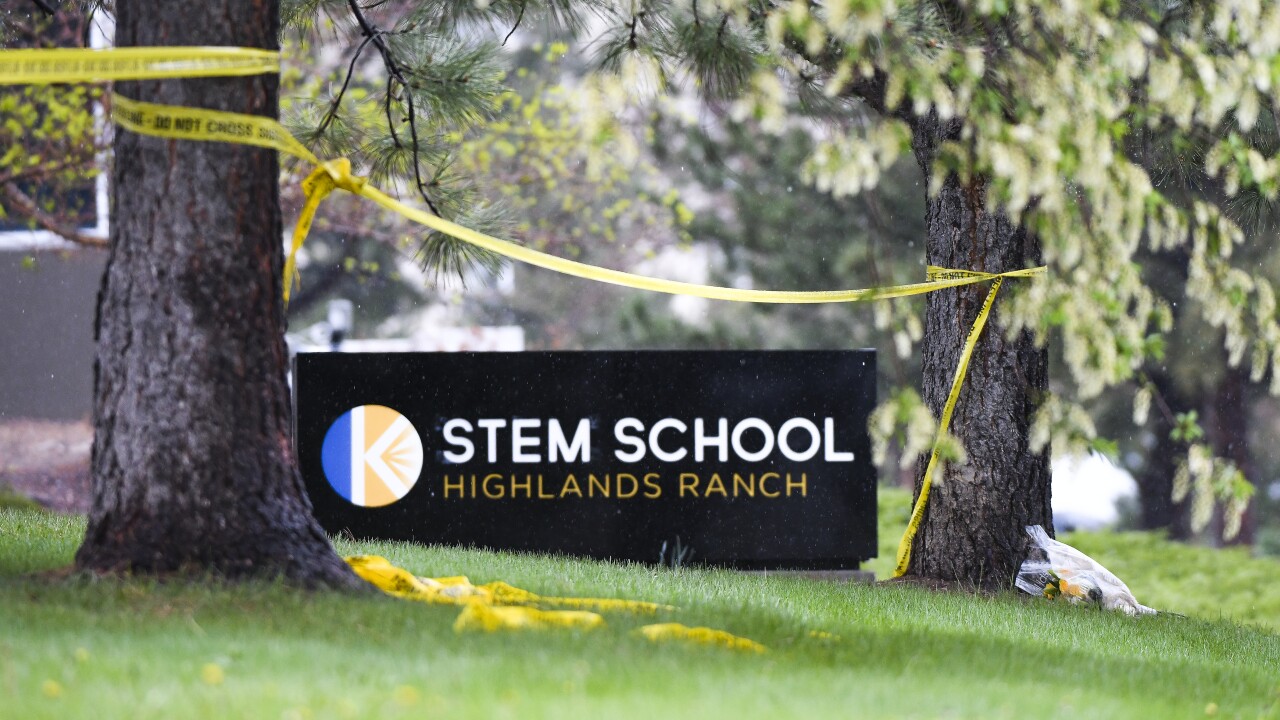 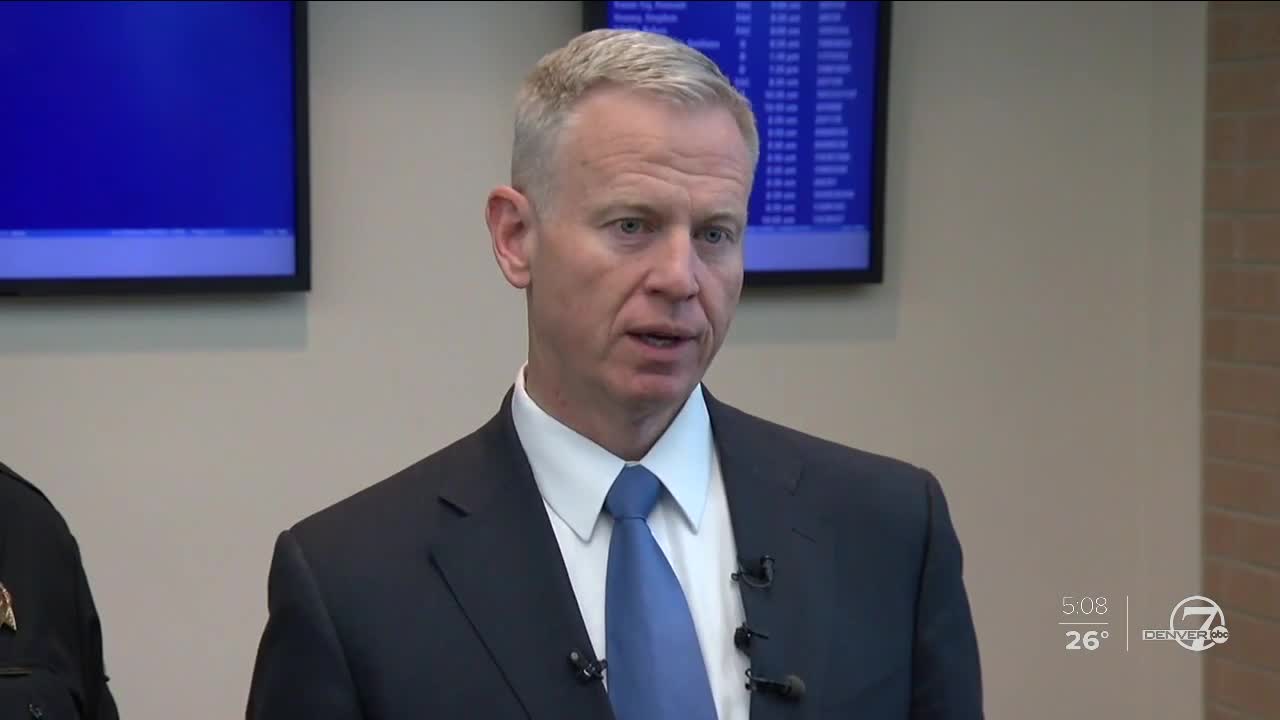 Alec McKinney had faced dozens of charges, including first-degree murder for the killing of Kendrick Castillo, an 18-year-old student who died in the shooting. Eight other students were wounded in the May 7 attack at STEM School Highlands Ranch.

In Douglas County court on Friday, McKinney pleaded guilty to more than a dozen felonies, including the first-degree murder charge, and one misdemeanor, according to a plea deal detailed in court. The remaining charges in the case would be dismissed under the deal.

The other charges included conspiracy to commit first-degree murder after deliberation, attempted murder after deliberation, attempted murder extreme indifference, conspiracy to commit arson, burglary and criminal mischief and possession of a weapon on school grounds. McKinney also pleaded guilty to a charge of second-degree assault for the two students who were mistakenly shot by a security guard in the response to the attack.

McKinney's sentencing is scheduled for May 18. The mandatory minimum sentence for McKinney, 16, is life with the possibility for parole after 40 years, minus earned time. He faces up to a total of life in prison with the possibility of parole after 40 years, plus 407 1/2 years, according to the 18th Judicial District Attorney's office. However, under a recent state law, McKinney, as a juvenile offender, could become eligible for parole under a special program after 28 years in prison, District Attorney George Brauchler said.

Because McKinney is a juvenile, he was not eligible for life without parole or the death penalty.

John Castillo, Kendrick Castillo's father, said afterward Friday that the guilty plea "is what we were hoping for" but "no matter what happens in the courtroom, the results are the still the same."

Kendrick Castillo’s father speaks after guilty plea, says today “is what we were hoping for,” but that “no matter what happens in the courtroom the results are still the same” pic.twitter.com/SnrxWKRmEz

Both Brauchler and Douglas County Sheriff Tony Spurlock said they were satisfied with McKinney's plea deal.

"We think this is appropriate," Spurlock said. "Today gives a little closure for some people. It also brings up a lot of emotion. Being here today and hearing the defendant admit guilt and admit responsibility is very important and it's the first stages of helping the victims and everyone involved."

McKinney's alleged co-conspirator in the shooting, Devon Erickson, pleaded not guilty in his case in January. Erickson's attorneys have argued that McKinney forced Erickson into the shooting, though prosecutors said evidence showed that was not the case.

McKinney was a juvenile when the shooting happened, but he was charged as an adult, and Judge Jeffrey K. Holmes in December denied McKinney's motion to transfer the case to juvenile court.

In the hearing to determine whether McKinney's case would be transferred, his mother testified about the teen's troubled upbringing, including an allegation that he was sexually abused by his father when he was a child.

In recent years, McKinney — who was born female and called Maya, but now identifies as male — had shown signs of depression and began cutting himself. In 2018, the teen was admitted to a facility for mental health treatment and stayed four days.

Prosecutors, though, had argued that McKinney had a loving, supportive family and an extended family that was available to help him.

Court documents released last summer gave the most detailed account of how the shooting unfolded.

The affidavit said McKinney "told Devon he would let him live if Devon told everyone to stay still [during the shooting] and if he watched the second door" in one of the classrooms.

McKinney told investigators that he had been "planning a school shooting for a few weeks" and got Erickson involved in the plan, according to the affidavit.

McKinney said he "wanted the kids at the school to experience bad things, have to suffer from trauma like he has had to in his life," the affidavit said.

The court documents said McKinney and Erickson got three pistols and a rifle from a gun safe at Erickson's home on the morning of the shooting. The two students left the home in Erickson's car, storing the rifle in a guitar case and the pistols in a backpack, the affidavit said.

The suspects entered the STEM School – a K-12 school – through the middle school entrance, knowing "they would not be checked and could get anything past those doors," the affidavit said. They targeted a class near the entrance because "all of the kids they hated" would be in the classroom, the affidavit said.

When they arrived at the classroom, Erickson told investigators that he went inside and dropped off the guitar case in the back of the room. In the classroom, Erickson said he was sick and was sent to the school office with another student. At that point, Erickson planned to head to the office to report the planned shooting, the affidavit said, but he had a panic attack and went to the bathroom instead.

Erickson composed himself and headed to the office, but McKinney was waiting for him. McKinney "again threatened to kill Devon and other students which compelled Devon to not say anything," the affidavit said.

The two suspects returned to classroom No. 107 and split up, each covering a door, the affidavit said. Erickson said he went into the classroom and tried to warn someone but they weren't paying attention. He saw McKinney reaching for gun, so Erickson grabbed a Glock out of the guitar case and yelled at everyone to get down, the affidavit said.

"Devon described being in shock and stated he didn't want anyone to get shot," the affidavit said.

McKinney told investigators that he had planned to commit suicide after the shooting but "he didn't know how to work the safety [on a gun] and isn't familiar with guns," the affidavit said. Instead, an armed security guard ordered McKinney to the ground and McKinney was taken into custody.

As the shooting unfolded, a school security guard, Shamson Sundara, fired his gun and mistakenly shot and wounded two student bystanders, who were in a classroom.

While Sundara had detained and disarmed one of the alleged shooters, he was also prohibited from carrying a weapon on campus, per his employment contract with the school.

After he detained the one suspect, he saw a person in street clothes round a corner of a hallway and he spotted the muzzle of a gun. Sundara fired two shots toward the person, who turned out to be a plainclothes deputuy. The shots missed the deputy and went through the wall of a classroom, where they struck the two students, who suffered non-life threatening injuries.

Sundara was ordered to complete community service as part of a diversion program but he will not face jail time, the 4th Judicial District Attorney's Office announced last month.

In the wake of the shooting, a special Colorado legislative committee was formed over the summer to address school safety. Douglas County commissioners also approved up to $3 million to hire as many as 16 extra school resource officers across the county. The commissioners also voted to redirect a total of $10 million toward public school safety and additional mental health services for students and staff.

Last month, Kendrick Castillo's parents and one of the students who helped tackle a shooter filed claims against the STEM School, alleging administrators missed warning signs that could have prevented the shooting, the Denver Post reported.