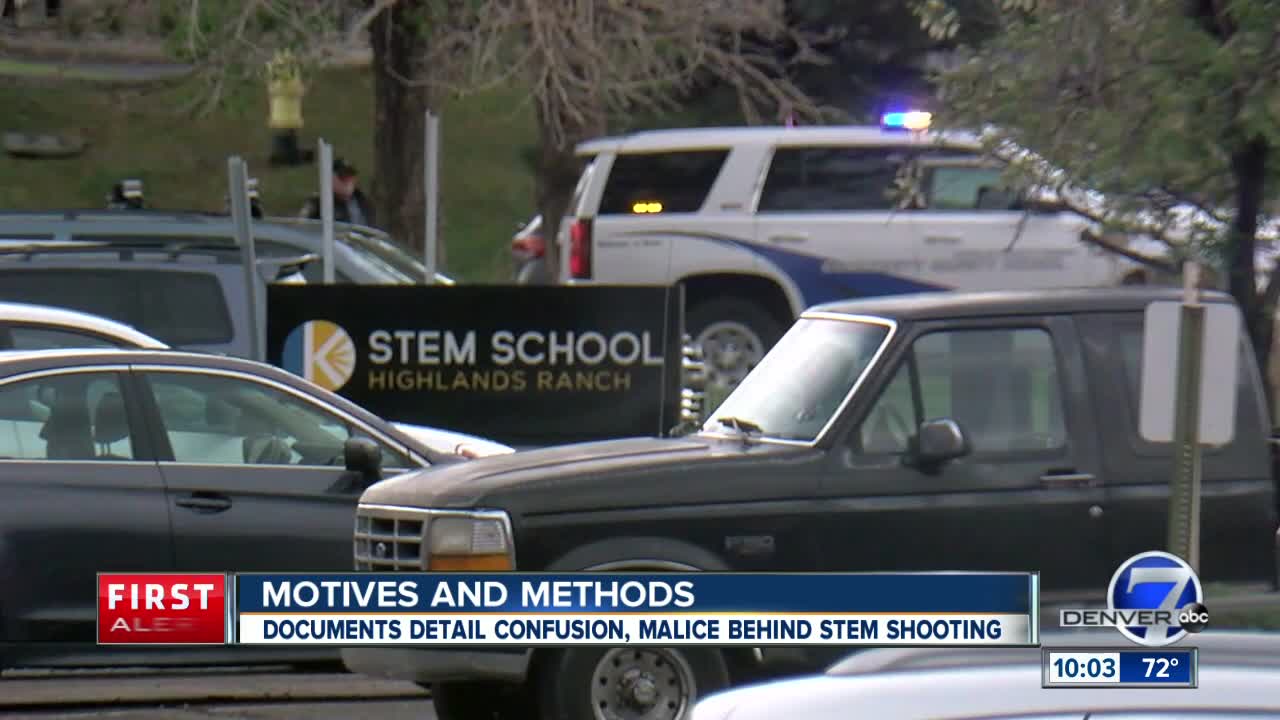 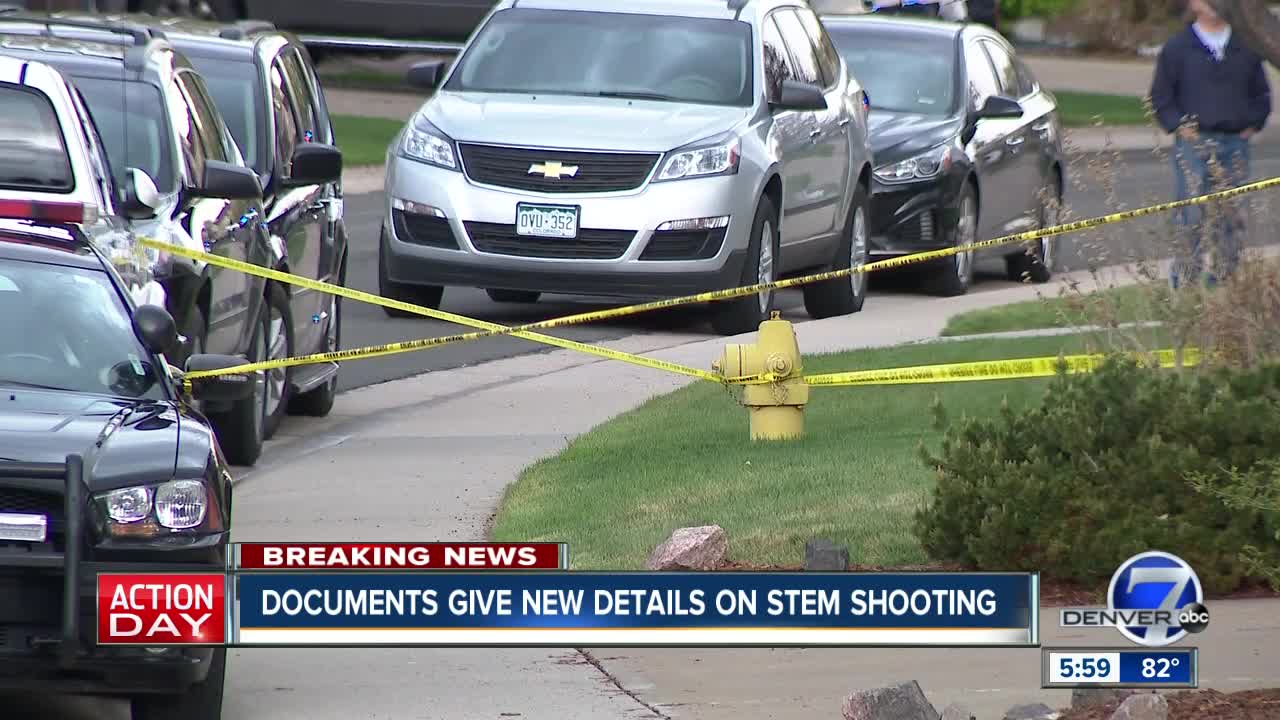 HIGHLANDS RANCH, Colo. – Court documents released Thursday suggest that the juvenile suspect in the STEM School Highlands Ranch shooting planned the May attack out of revenge against other students and threatened the other teen suspect if he didn't go along with the plan or if he told anyone about it.

Alec McKinney, 16, told investigators that he had been planning the school shooting for a few weeks and "wanted everyone in that school to suffer and realize that the world is a bad place," the affidavit said.

The documents also said that one of the shots fired by a security guard wounded a female in a classroom.

Officers reported that the security guard had fired two rounds at a Douglas County Sheriff's Office lieutenant during the incident when one of the shots struck the female in the classroom, a probable cause affidavit said.

The documents released Thursday give the most detailed account yet of the May 7 shooting, which resulted in the death of 18-year-old Kendrick Castillo, a senior student at the school.

Eight other students were wounded in the attack.

McKinney and Devon Erickson, 18, both of whom were students at the school, face an array of charges, including first-degree murder.

The affidavit said McKinney "told Devon he would let him live if Devon told everyone to stay still [during the shooting] and if he watched the second door" in one of the classrooms.

Suspect wanted "everyone in that school to suffer," affidavit said

"He wanted everyone in that school to suffer and realize that the world is a bad place," the affidavit said.

Erickson described McKinney at the house as being "pissed off at a bunch of people," the affidavit said. McKinney used cocaine as they hung out in the basement, Erickson said, and then told Erickson to follow him upstairs, where the gunsafe was located.

Erickson showed McKinney the safe, he said, and then tried to get away. But McKinney told him to "get away from the door" and threatened to kill him if he didn't."

An account later in the affidavit said McKinney threatened Erickson with an axe, forcing him to open the gunsafe.

In the safe, they found three pistols and a rifle, along with ammunition and magazines. Erickson showed McKinney how to load the weapons and they loaded all four guns, the affidavit said. McKinney then wrote on a closet wall in nail polish: "The voices win," the affidavit said.

How the shooting unfolded, according to the suspects

• The suspects entered the STEM School – a K-12 school – through the middle school entrance, knowing "they would not be checked and could get anything past those doors," the affidavit said. They targeted a class near the entrance because "all of the kids they hated" would be in the classroom, the affidavit said.

• When they arrived at the classroom, Erickson told investigators that he went inside and dropped off the guitar case in the back of the room. In the classroom, Erickson said he was sick and was sent to the school office with another student. At that point, Erickson planned to head to the office to report the planned shooting, the affidavit said, but he had a panic attack and went to the bathroom instead.

• Erickson composed himself and headed to the office, but McKinney was waiting for him. McKinney "again threatened to kill Devon and other students which compelled Devon to not say anything," the affidavit said.

The two suspects returned to classroom No. 107 and split up, each covering a door, the affidavit said. Erickson said he went into the classroom and tried to warn someone but they weren't paying attention. He saw McKinney reaching for gun, so Erickson grabbed a Glock out of the guitar case and yelled at everyone to get down, the affidavit said.

"Devon described being in shock and stated he didn't want anyone to get shot," the affidavit said.

• McKinney told investigators that he had planned to commit suicide after the shooting but "he didn't know how to work the safety [on a gun] and isn't familiar with guns," the affidavit said. Instead, an armed security guard ordered McKinney to the ground and McKinney was taken into custody.

• The incident was first reported to authorities shortly before 2 p.m., when a teacher called Douglas County Regional Dispatch and said shots had been fired and that the shooting was still ongoing. Callers reported that the shooter was inside room No. 107 at the STEM School and that multiple people had been shot, the affidavit said. One caller identified one of the shooters at Erickson.

• As officers had made entry toward the classroom, they reported that the school security guard – who wasn't a Douglas County Sheriff's Office resource officer, as other schools in the county have – fired two rounds at the sheriff's office lieutenant, saying he saw a muzzle come around a corner in the school, the affidavit said. One of the shots fired by the security guard wounded a female in nearby room No. 106, the affidavit said.

The security guard was not named in the affidavit. The affidavit redacted the name of the wounded female, making it unclear if she was a student.