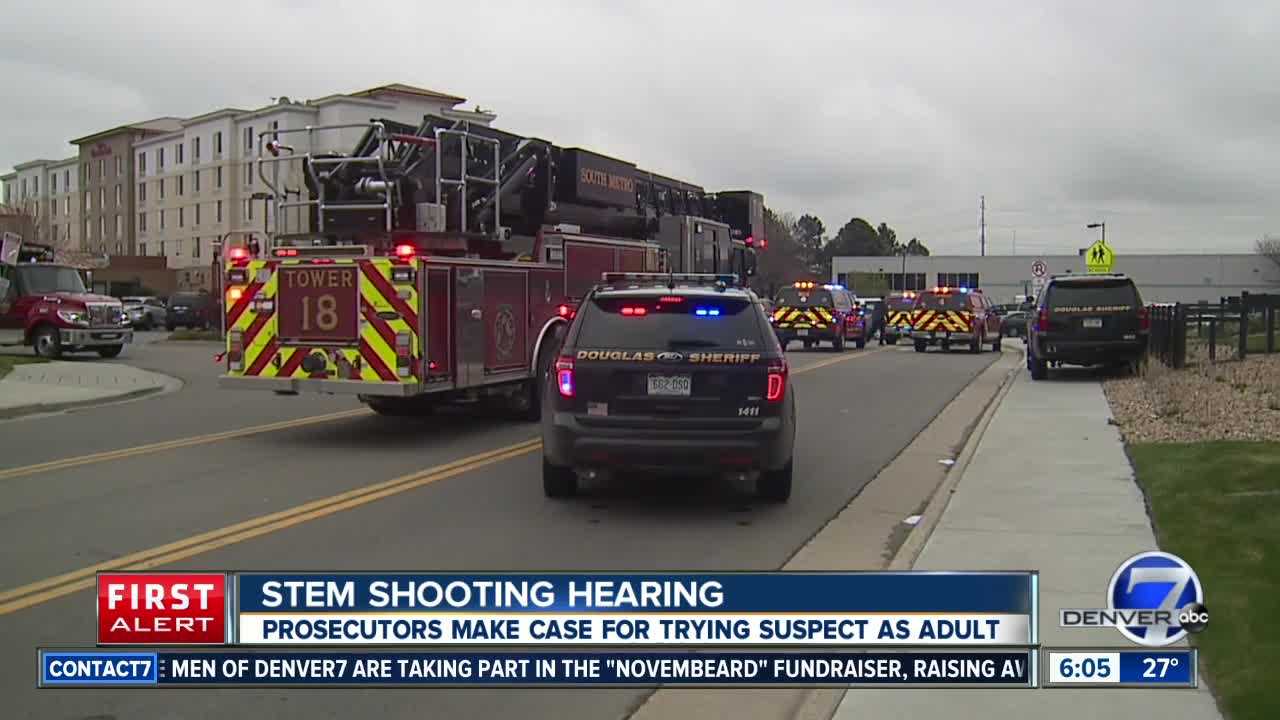 CASTLE ROCK, Colo. – The mother of the 16-year-old suspect accused in the May shooting at STEM School Highlands Ranch testified on Wednesday about the teen's troubled upbringing, including an allegation that he was sexually abused by his father when he was a child.

Alec McKinney was in court this week for a hearing to determine whether his case will be transferred to juvenile court. McKinney, 16, faces dozens of charges, including murder, in the May 7 attack that killed 18-year-old Kendrick Castillo and wounded eight others.

McKinney's alleged co-conspirator in the shooting, Devon Erickson, faced a preliminary hearing in September, after which the judge in the case ruled that his case would move forward.

Erickson’s attorneys argued during his hearing that McKinney forced him into the shooting, though prosecutors said that evidence showed that was not the case.

McKinney grew up in a troubled household, his mother, Morgan McKinney, said during her lengthy testimony on Wednesday.

The suspect's father, Jose Quintana, had threatened their family in 2008 and tried to kidnap them, using a knife, Morgan McKinney testified. He was convicted on domestic violence charges and later deported to Mexico, but the family continued to visit him, with Morgan McKinney driving her children to see him every eight weeks. The family continued to visit Quintana until 2013.

Recently, Alec McKinney, who was born female and called Maya but who now identifies as male, told his mother that Quintana sexually abused him on one of the trips to Mexico, when he was seven, Morgan McKinney testified.

In recent years, Alec began showing signs of depression, his mother testified, and began cutting himself.

Morgan McKinney also detailed her own issues as a parent, including drug use while Alec was a baby and, more recently, drug use and partying with a new boyfriend, leaving Alec to watch his other siblings at home.

Alec continued cutting himself and his mother took him to a therapist in 2017. Around this same time, his mother heard that her son was being bullied at school. In 2018, Alec was admitted to a facility for mental health treatment and stayed for four days. When the family went on vacation to Florida later that year, Alec was hospitalized there for cutting himself.

Defense attorneys on Wednesday showed pictures of Alec with about a dozen deep cuts on his leg.

Prosecutors on Wednesday said Alec had a loving, supportive family and an extended family that was available to help him.