Brace yourself for a long ballot: Monday marks deadline for signatures for November ballot questions 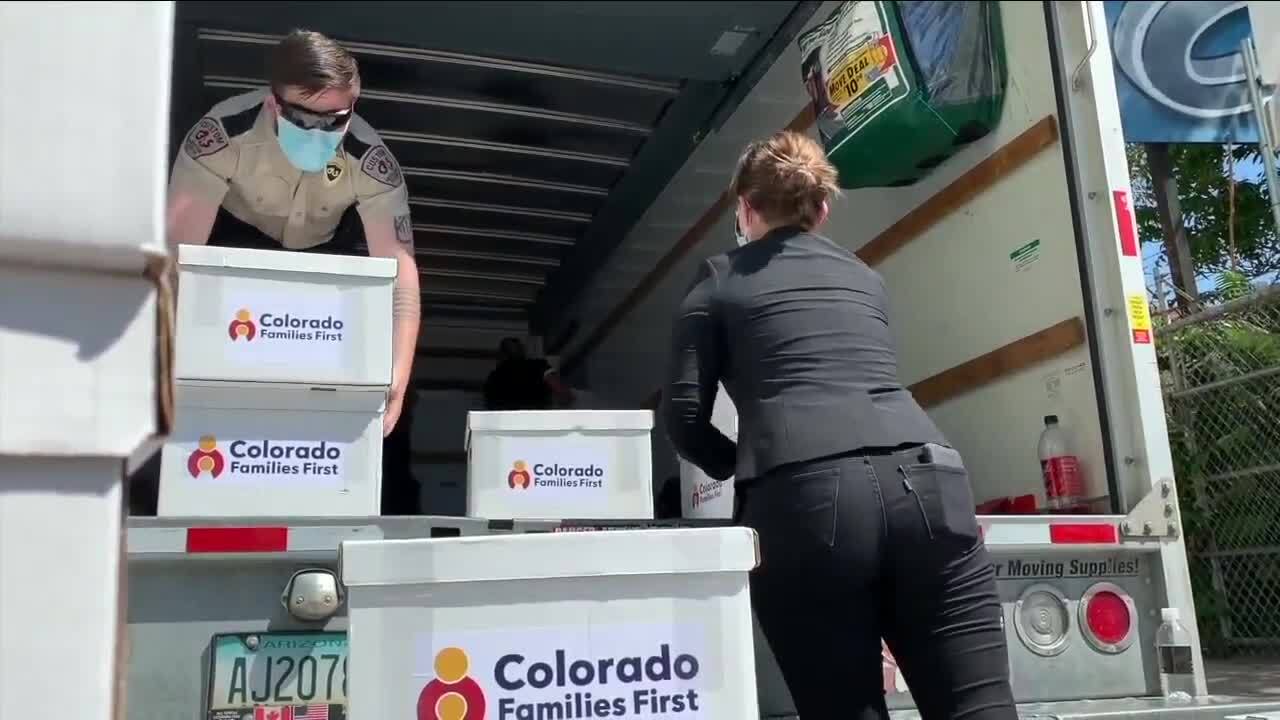 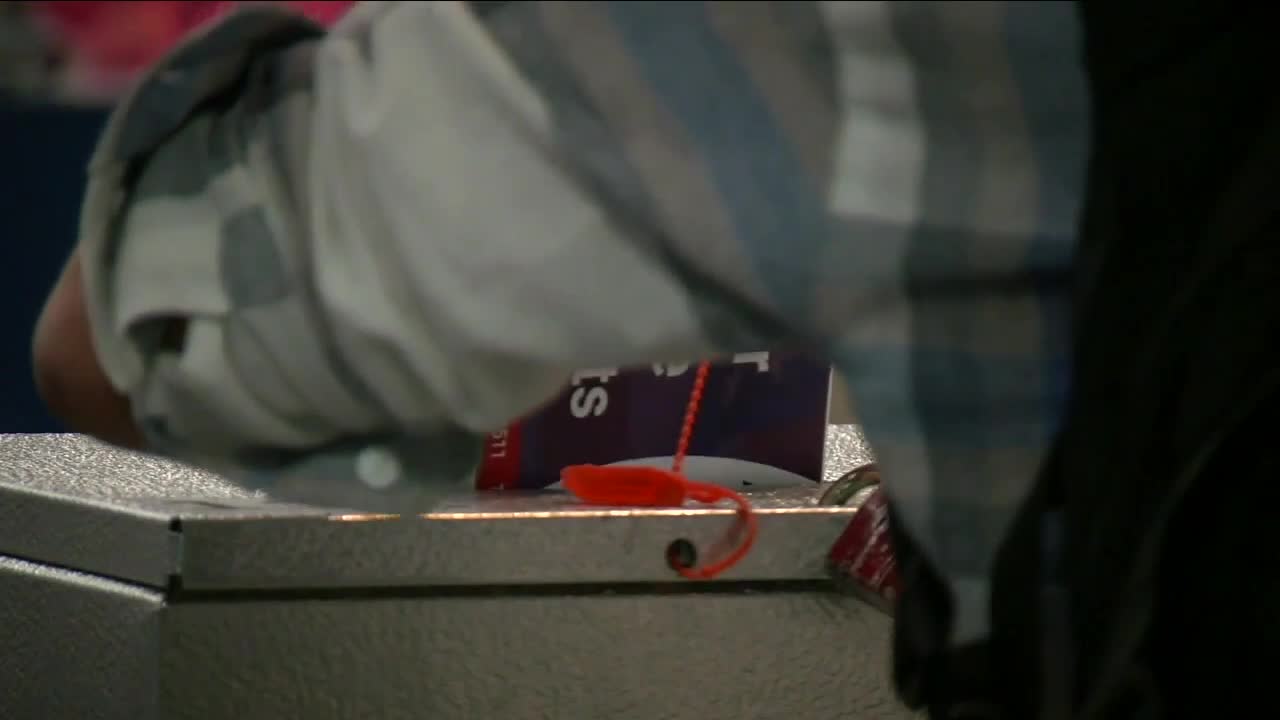 DENVER — Monday marked the deadline for groups to turn in their petition signatures in order to get a question on the November 2020 ballot.

Already, there are seven issues heading to the ballot; four others are currently going through the verification process to see if there are enough valid signatures to make it onto the ballot.

Here’s a closer look at the questions voters will be asked about.

One of the first petitions to turn in the required 124,632 valid signatures wants to see grey wolves reintroduced back into the wild in Colorado.

Supporters of the idea say it would bring balance back into the state’s eco-system. However, ranchers and farmers have expressed concerns with the idea, saying the wolves could prey on their livestock.

Already, states surrounding Colorado have moved forward with plans to reintroduce the species, which has resulted in a few packs being spotted in Colorado recently.

Denver7 took a 360 look at the issue when the ballot signatures were turned in and did a follow-up story on how reintroducing the species would work and why the issue is complicated.

Voters will also be asked to decide on whether the state should impose limits on how late a woman is allowed to wait before getting an abortion.

Proposed Initiative 120, titled “Prohibition on Late-Term Abortion,” would make it illegal for a physician – or anyone – to perform an abortion or attempt to if a fetus’ probable gestational age is at least 22 weeks.

There are exemptions for if a woman’s life is at-risk, but the measure says that physicians would have to confer with one another before performing a procedure.

If passed, anyone who breaks the rule would be guilty of a class 1 misdemeanor, which would be punishable by a fine. Physicians who performed abortions outside of the 22-week window would also face disciplinary action by the state medical board and a suspension of their license of at least three years under the proposal.

A third question asks voters to change the wording on the Colorado Constitution to clarify who can vote.

The words “every citizen” in the state constitution would be swapped out with “only a citizen” instead.

The language change is aimed at addressing a theoretical situation in which a local municipality allowed non-citizens to vote – as has happened in some other U.S. cities, such as in San Francisco with its school board. It has not happened in the state of Colorado.

The third question voters will be asked to decide is a referendum on a law that was passed last year by the Colorado State Legislature regarding the national popular vote.

The law allowed Colorado to join the National Popular Vote Interstate Compact. If enough states agree to be part of it to equal 270 electoral votes, the popular vote would determine who will become president rather than the electoral vote.

The referendum seeks to get rid of the law and require the state to follow the electoral system. The referendum is the first time since the 1930’s voters will be asked to reject a law passed by the legislature.

The final three ballot questions that are guaranteed to be on the November ballot were approved by the Colorado state legislature.

For supporters of the repeal efforts, now is the time to rethink the way property taxes are assessed.

Supporters of the idea say the repeal will keep the rates where they are currently instead of letting them fall any further thanks to the recession. Those tax rates could only be raised if voters approve them with TABOR.

The second question legislators approved would ask voters to more than double the nicotine tax over the next seven fiscal years.

Vaping devices would also be included in the tax; they are not currently taxed in Colorado.

The final legislature-approved question would change the Colorado State Constitution rules around bingo raffles for charities.

The amendment would allow for two things. First, the license requirements would be changed so that a nonprofit that has been in existence for less than five years could qualify for a charitable gaming license.

“These aren’t casinos that are making mega bucks off of this. This is your local mom and pop nonprofit, your VA groups and your school groups that are trying to raise money for the swim team,” said Rep. Jonathan Singer, who co-sponsored the bill to bring this question to the voters.

Second, the organization would be allowed to have someone other than an unpaid volunteer operate the game.

“Volunteers that are helping out can’t get reimbursement,” Singer said. “If this fails, we’re probably going to see fewer people helping out.”

The bill passed with only one no vote in the Colorado legislature and has bipartisan support.

Other issues trying to make it on the November ballot

Along with those seven questions, four more are going through the verification process to try to make it onto the November ballot.

The first is an initiative that would require a 12-week paid family leave insurance program to be created for all people working in Colorado.

For years state lawmakers tried to pass bills to do something similar but failed to gain enough support for the idea within the halls of the state capitol. Supporters of the idea were able to collect enough signatures to make it onto the ballot.

However, first those signatures need to be verified by the Colorado Secretary of State’s office.

Another question voters could be asked to decide on is whether to permanently lower the state's flat income-tax rate from 4.63 percent to 4.55 percent.

A third issue going through the verification process would give voters in Black Hawk, Cripple Creek and Central City to decide whether they want to remove some betting limits for games and expand the types of games offered.

Additionally, the measure allows gaming revenue distributed to the state's public community colleges to be spent on programs that improve student retention and increase completion of credentialed programs.

The final issue going through the verification process would require voters to approve of certain fee-based enterprises that would result in more than $100 million in revenue for the state over the course of five years.

Along with all of these questions, voters will also be asked to decide on local initiatives as well as who they want to represent them on a local, state and federal level, making for a long ballot.

Colorado Secretary of State Jena Griswold believes all of these possible questions are all the more reason for why mail-in voting is the right way to go.

“Can you imagine having your only option as going in-person to vote on all of these issues? You’d have to bring a dictionary, a laptop and a friend to figure out what’s going on,” Griswold said. “We really value petitioning in Colorado and so the fact that you can have your ballot and do your research right at home is a great asset.”

All of these possible questions come even with the state increasing the threshold last year of the number of signatures required to make it on the ballot. The final certification for the November ballot is September 4.

The election is on November 3.