Supporters, farmers at odds over reintroducing wolves to Colorado 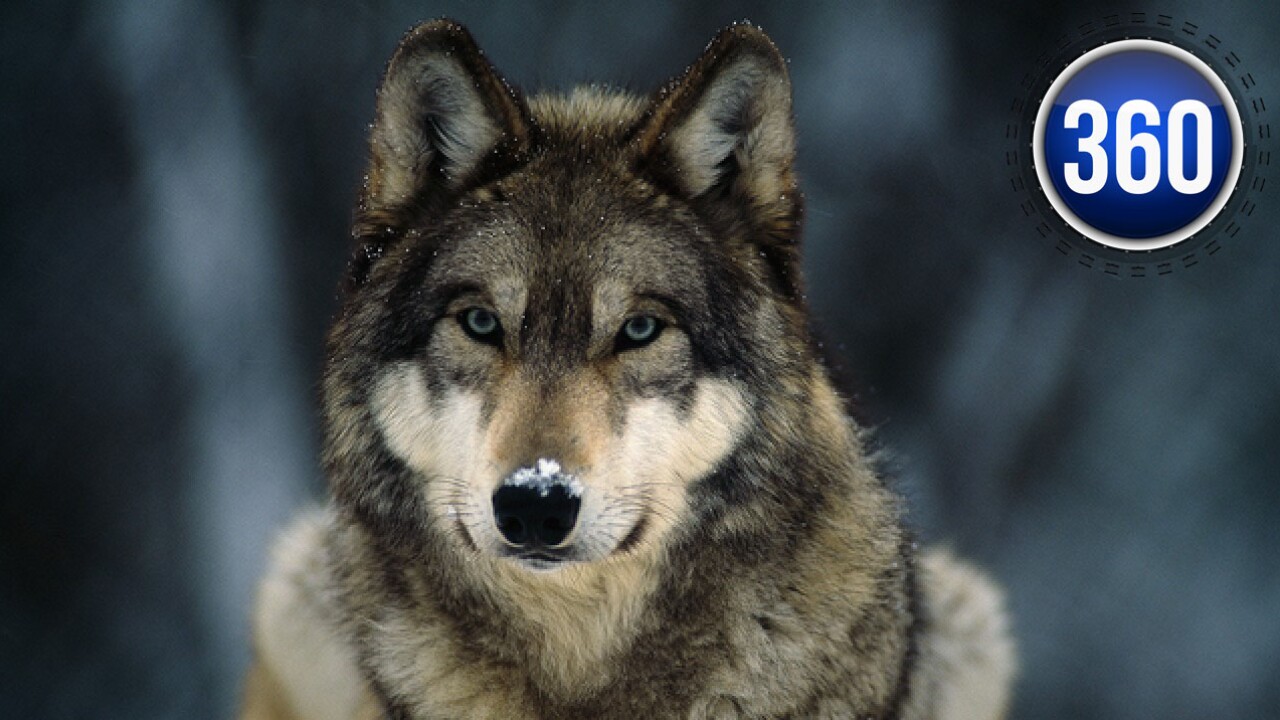 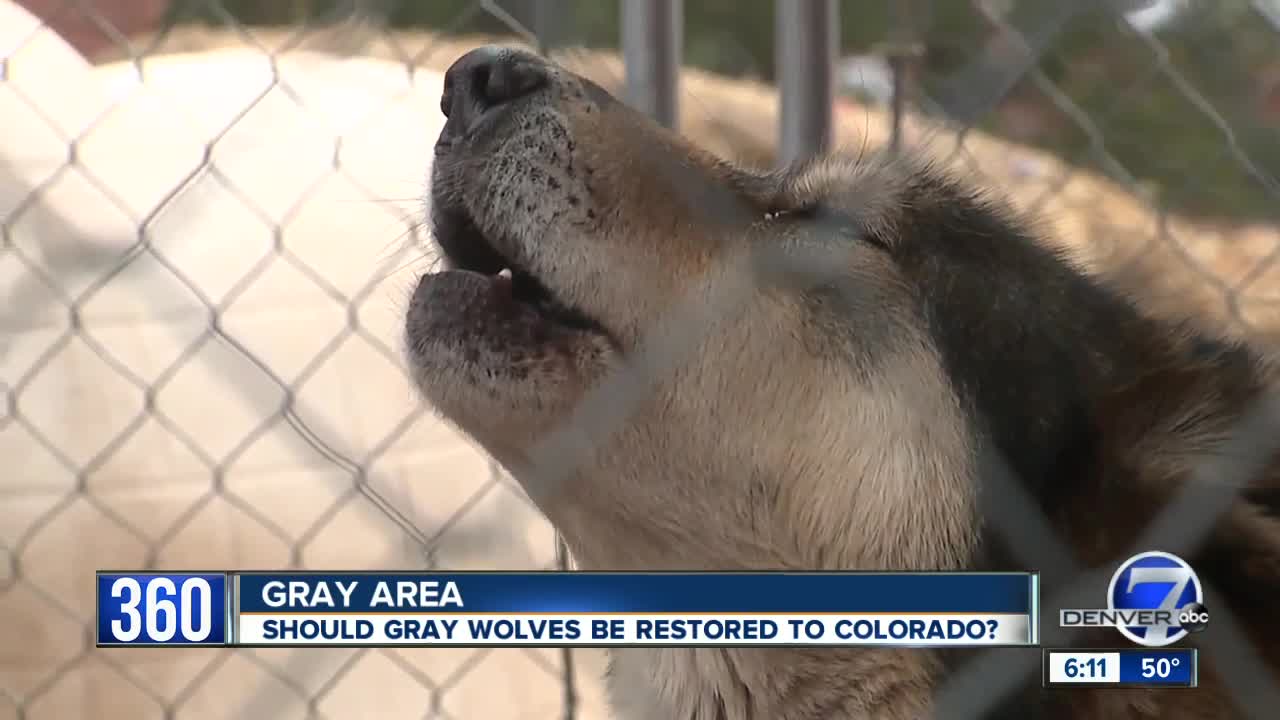 DENVER -- Colorado voters could soon decide on whether wolves should be reintroduced to the state. This week, proponents of the idea turned in more than 211,000 signatures to get the issue on the statewide ballot for voters to decide.

If the signatures are approved and the ballot initiative is allowed to move forward, it would be the first time in state history voters are allowed to decide about an animal’s reintroduction into the wild.

However, opponents of the idea believe there are long-term economic and environmental consequences that aren’t being considered with this initiative. Denver7 went 360 to explore multiple perspectives on the issue.

The case for reintroduction

For centuries, wolves roamed North America in large populations. However, in the 1900’s, the animals were nearly hunted out of existence by humans. In the 1940’s, Colorado said goodbye to its last wild wolf.

By 1983, the number of wolves got so low that they were added to the U.S. Endangered Species list, offering the dwindling numbers protection by the federal government and preventing hunting from humans. Thirty-six years later, the wolves remain on the list. However, some areas like the Northern Rocky Mountains have chosen to delist them.

Supporters of reintroduction say humans are the reason these animals nearly faded from existence and it’s up to humans to fix the problem.

“Right now, every wolf that we bring down here to reintroduce and their pups are extremely precious,” said Rob Edward, the president of the Rocky Mountain Wolf Action Fund.

He believes bringing these wolves back to Colorado could help restore the balance in the state’s ecosystem.

Joanna Lambert, a professor of environmental studies at the University of Colorado Boulder who supports the idea of reintroduction, says bureaucracy has stopped the reintroduction of these wolves in the past.

“This is the first time ever in U.S. history where the reintroduction and the restoration of an endangered species has been done via a democratic process and not via the U.S. Fish and Wildlife Service,” Lambert said.

Supporters canvassed the Western Slope, in areas where ranchers would be most affected by the reintroduction of this population, and say many people support it there.

“We know from polling that people on the Western Slope support wolf reintroduction by a wide margin,” Edward said. “This is not a Front Range versus Western Slope issue or rural versus urban issue.”

The case against reintroduction

While many animal conservation groups support the idea of reintroducing wolves into the wild, ranchers and farmers are worried about what these animals will mean for their livestock and, in effect, their livelihood.

“It’s been quite a long time since they’ve been in the state,” said Shawn Martini, the Vice President of Advocacy for the Colorado Farm Bureau. “We don’t have to worry about a large Apex predator decimating livestock herds.”

Martini says the science simply doesn’t support the idea of adding these animals back into the wilderness and it shouldn’t be up to voters to overrule the will of experts.

“We think it’s really reckless; it’s never been done before. We’ve never re-introduced a species in any state across the country via a ballot initiative,” Martini said. “We should let the science lead the way.”

Food and agriculture are big businesses in Colorado, generating about $40 billion in economic output as the second largest industry in the state.

Ranchers are afraid wolves will attack their livestock, causing a serious financial impact on families and businesses.

Beyond that, Martini believes the wolves could bring down the wildlife population in the area in a way that would hurt the hunting and tourism industries.

Supporters of the initiative say that while they believe the number of livestock killed by these animals would be very low, they understand the need to help those who are affected negatively by the animals.

That’s why there is a section in the ballot initiative that would allow for ranchers to be reimbursed for the losses they suffer due to the reintroduction of wolves.

Edward said the money would come from the Game Damage Fund, which hunters in the state pay for. However, he admits that the details of that are still up in the air.

“Frankly, it’s a moot point for us because we’re not raising livestock in the state in order to be compensated for losses caused by a species that’s not currently here and science says shouldn’t be here,” Martini said.

Beyond that, he says the reimbursement doesn’t cover the money and years ranchers already spent raising the animals or potential future profits.

“It doesn’t include compensation for the future calves or lambs that that mother cow or mother sheep may have had,” he said.

One of the reasons ranchers dislike the idea of putting the issue up to voters is that the majority of people who will decide the fate of these animals live on the Front Range and in the Denver area, where the wolves won’t affect them.

“The people on the Western Slope who are going to have to live with this on a daily basis are going to be out voted by the large population center on the Front Range. We don’t think that’s fair,” Martini said.

That’s why they believe that while the initiative is well-intentioned, it’s not appropriate for Colorado.

The wolf sanctuaries in Guffey and Sedalia are the only places where people can spot wolves in the state. Guffey’s is closing soon and rehoming its wolves.

The people who work at these facilities believe these animals are seriously misunderstood creatures.

“We want to show people that wolves aren’t something to be afraid of, they are to be respected,” said Mark Johnson, from Rocky Mountain National Wildlife.

Johnson says some of his wolves have even helped detect cancer in people and helped other people with therapy.

Dan Wistrand, meanwhile, has been studying wolves for the better part of 40 years and says there are steps ranchers can take to protect their livestock.

“Degradation on livestock is less than 9% and we take significant steps to reduce that, such as for the rancher training dogs to protect the herd because wolves are very risk averse, they don’t want to get hurt,” Wistrand said.

They have spent years teaching people about the importance and true nature of wolves and are hoping education is the key to ending misconceptions about these animals.

Scientists have been studying the effects of the reintroduction of wolves into Yellowstone for years. The loss of these animals had a widespread impact on the ecosystem in the area over the years.

“Wolves were eliminated a century ago and, in the absence of a capable predator like wolves, the elk population grew to unprecedented numbers,” said Tom Hobbs, a senior research scientist with the Natural Resource Ecology Laboratory at Colorado State University.

As the elk population grew, the animals grazed heavily on willows, significantly impacting their existence in the area.

In turn, beavers could not build dams in the area and beaver numbers went down.

“Without the dams, the streams downcut, and downcut streams are terrible habitat for willows,” Hobbs said.

As a result, the ecosystem in the area changed. Proponents of wolf reintroduction in the area thought they would help bring down elk populations and restore willows.

While it’s true that the elk population has decreased, Hobbs says the willows have not returned as expected.

“The harm that was done by the removal of wolves has not been reversed by their restoration,” Hobbs said. “It really doesn’t matter that there are fewer elk now, the habitat conditions for willows have changed such that they can’t grow and thrive the way they used to.”

Despite this, Hobbs still believes that the reintroduction of wolves on the northern range and in Yellowstone have been a major success story in U.S. conservation efforts, and he supports their reintroduction in Colorado.

“While I wouldn’t say it’s a quick fix, I would say it’s an important fix,” Hobbs said.

Hobbs says there is proof over the long-term that ecosystems with a intact food web functions better than those where predators are absent.

Still, for the groups pushing for the animal’s reintroduction, he says it’s important to understand that wolves are not a silver bullet solution to some of the issues that currently plague the ecosystem.

“It’s not a panacea, it does not solve all kinds of problems that have been a long time in making,” Hobbs said.

Should wolves make a comeback?

For now, wolves are confined to sanctuaries in Colorado and don’t roam wild. Supporters say the ballot initiative would only bring a few dozen wolves to the state in the beginning and would restore balance to an ecosystem humans changed.

Opponents say the move would have economic consequences for ranchers and hunters.

If the signatures are approved, voters could ultimately decide which matters more.