Colorado lawmakers try once again to repeal the Gallagher Amendment 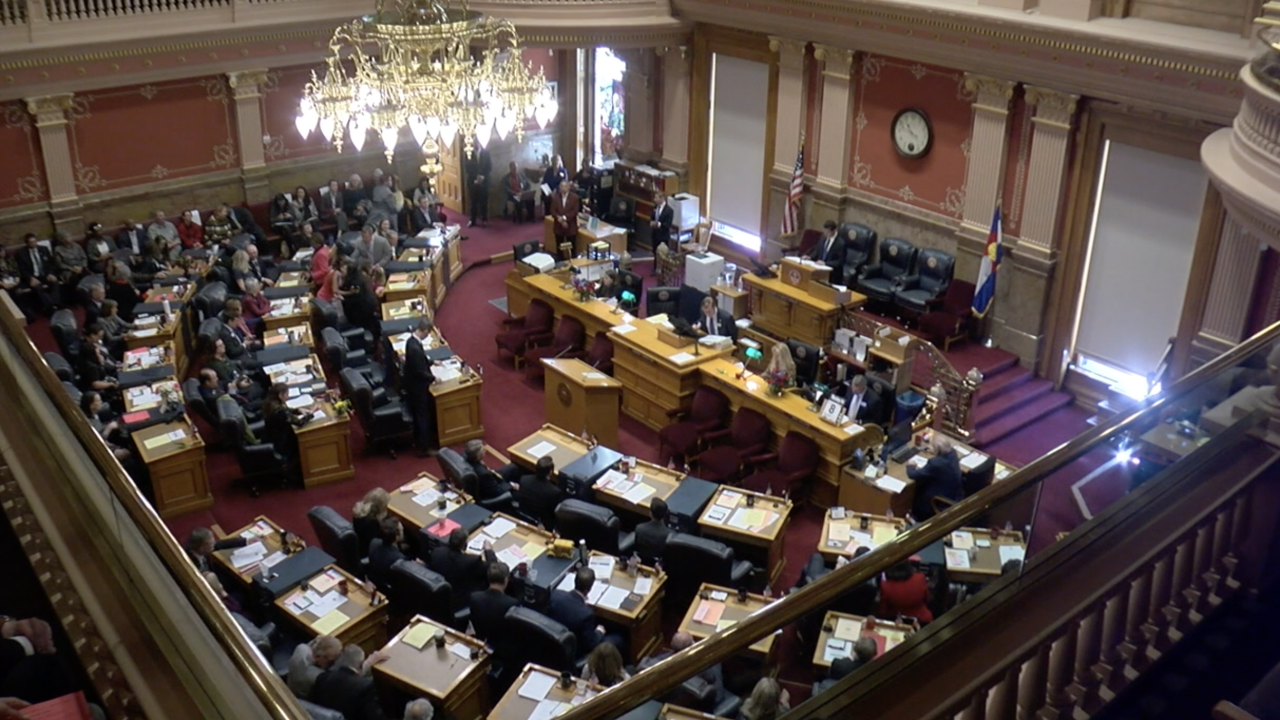 The Colorado senate has <a label="passed a bill to repeal" class="rte2-style-brightspot-core-link-LinkRichTextElement" href="https://leg.colorado.gov/bills/scr20-001">passed a bill to repeal</a> the Gallagher Amendment. The idea was proposed by a bipartisan group of legislators in an effort to help fuel the recovery from the COVID-19 pandemic and to ease the burden on businesses. 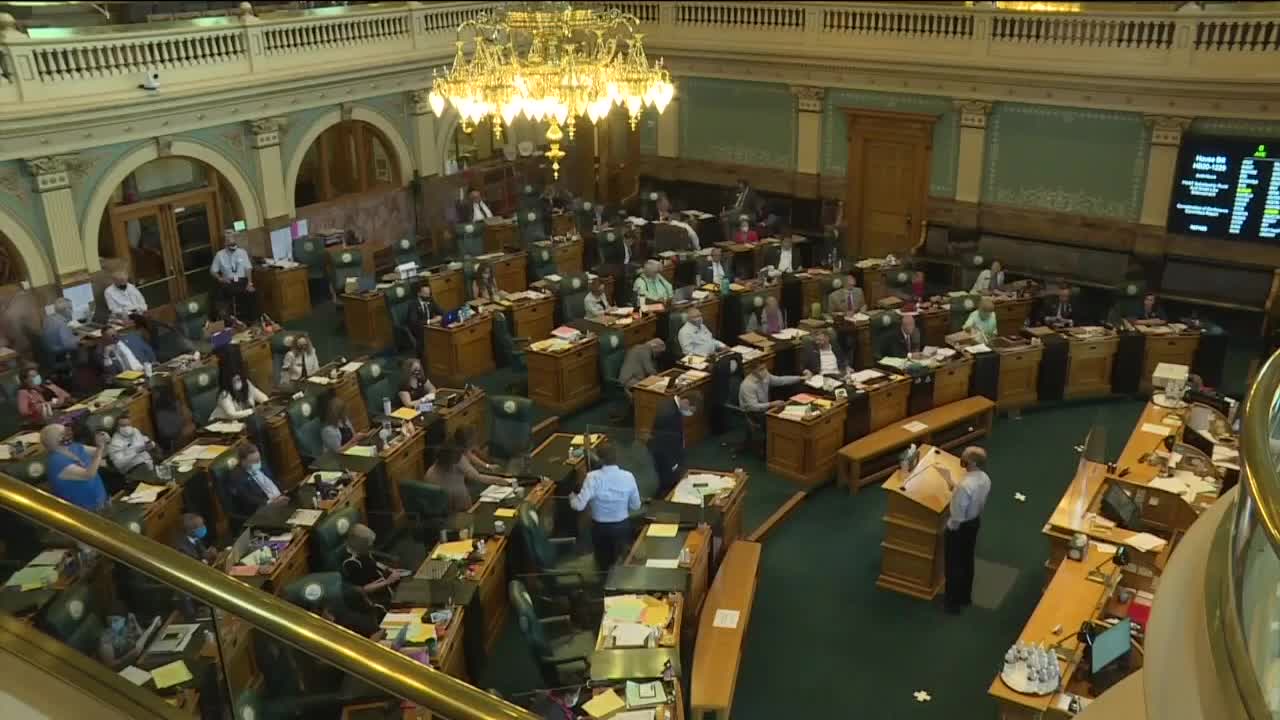 DENVER — The Colorado Senate has passed a bill to repeal the Gallagher Amendment. The idea was proposed by a bipartisan group of legislators in an effort to help fuel the recovery from the COVID-19 pandemic and to ease the burden on businesses. Now, the state’s House will debate the idea before recessing for the summer.

If the repeal is approved by the legislature, Colorado voters would be asked in November to have the final say on the repeal.

What is the Gallagher Amendment again?

Assessment rates determine how much of a property’s value can be taxed. The Gallagher Amendment set the assessment rate on all non-residential properties at 29%.

The reason the assessment rate has gone down over the years is because of the 45/55 split. With Colorado’s massive growth, residential property values have increased substantially in many areas since the 1980’s.

With property values going up and new homes being built, the assessment rates were lowered to keep the same 45/55 ratio mandated by Gallagher.

But in the wake of the COVID-19 crisis, many businesses are struggling to keep their doors open.

While the assessment rate on the businesses stays at a constant 29%, the value of commercial properties largely depends on the income of businesses. The pandemic shutdowns caused many businesses to lose a sizable portion of their income.

Because of that, non-residential property owners will be paying less in taxes in 2021. However, in order to maintain that 45/55 balance, that means the assessment rates on residential properties must also go down. In a May 12 presentation to the Joint Budget Committee, the state’s property tax administrator estimated that residential rates could drop by 18% from the current 7.15% to 5.88%.

Up until 1993, whenever big drops in property taxes drop, local governments had the ability to raise mill levies (local property tax rates) to help cover costs.

However, the Taxpayer Bill of Rights (TABOR) changed that, requiring voters to approve any tax increase. So, while the assessment rates can go down in bad years under the Gallagher Amendment, they cannot go up in good years without voter approval.

With different parts of the state growing differently, Republican Sen. Jack Tate, who represents Arapahoe County and who is a co-sponsor of the bill, says the Gallagher Amendment is having a disproportionate effect on rural areas.

While the home values in areas like Denver are appreciating quickly, rural areas are seeing their home values increase more slowly. Despite this, rural areas still follow the state’s assessment rates, shifting more of the burden on non-residential property owners.

The case for repealing Gallagher

For supporters of the repeal efforts, now is the time to rethink the way property taxes are assessed.

He believes that the Gallagher Amendment has been very successful in some ways, but in the 40 years after it became law, businesses are now paying more than their fair share.

“So, with this repeal we will be freezing the assessment rates for different types of real estate and that will provide stability for local taxing jurisdictions like school districts, fire districts and hospital districts,” Sen. Tate said.

In 2003, another attempt to repeal the Gallagher Amendment failed by large margins. Sen. Chris Hansen, a Democrat who represents Colorado's 31st District, hopes that this time voters will approve the measure because of what that could mean for schools and emergency services if things are left the way they are.

“If we don’t make a change to Gallagher, we’re likely to see $500 million cuts to education budgets across the state and cuts to the emergency rooms, hospitals, EMTs, etc.,” said Sen. Hansen, who is also a co-sponsor of the bill.

Property taxes help fund schools, fire districts, hospital districts and more. For schools, when the money local government contribute drops, the state is supposed to backfill the rest. However, with the $3.3 billion budget shortfall, the state doesn’t have any money to backfill, meaning the state’s negative factor for education would increase.

“The K-12 funding is not going to be solved by this, but it’s going to make solving it that much easier because we’re not going to take another $500 million and add it to the negative factor,” Sen. Hansen said. “It’s not the silver bullet for funding, but if we don’t make a change to Gallagher, the ability to get to a solution will be twice as hard.”

Both senators believe that the Gallagher Amendment has done its job in lowering the cost residential owners are paying, but now the amendment has outworn its welcome and could hurt in the COVID-19 recovery.

They insist that repealing the amendment will not automatically result in residential property tax rates increasing.

Instead, the repeal will keep the rates where they are currently instead of letting them fall any further thanks to the recession. Those tax rates could only be raised if voters approve them with TABOR.

The case against repealing Gallagher

During the final Senate debate on the repeal, six Republicans voted against the bill. Critics worry that this is part of a two-step process to increase residential property taxes on families who are also struggling to recover financially from the COVID-19 pandemic.

“People really want to keep their property taxes. They feel like they’re getting hit on other taxes, on sales tax, on income tax and, here in Colorado we have one of the lower property tax rates for residential in the country, and I think people see that as a positive thing,” said Michael Fields, the executive director of Colorado Rising State Action.

“If the rate stays the same, the people I represent, and probably a lot of you, are going to see a very noticeable increase in the same rates if property values continue to go up,” Sen. Holbert said during the floor debate on Monday.

Sen. Holbert said it’s not that he doesn’t care or isn’t paying attention to the needs of the business community, but that he believes this is the first step to raising residential property taxes and even if this legislature promises not to try, future ones might.

Fields is also worried about that possibility. He argues that freezing the rates where they are won’t necessarily help businesses or non-residential property owners the way the bill’s co-sponsors are hoping.

“The problem is this just freezes rates the way they are. Businesses aren’t going to see a break because of this,” he said.

Instead of repealing Gallagher, he believes the solution should come on a local level.

“I think it should be done at the local level so localities can decide if the assessment rate goes down, they can decide to adjust their mills accordingly,” Fields said.

If the bill passes, one of the big hurdles for both sides come November will be explaining what the Gallagher Amendment is and what repealing it would mean.

The assessment and tax rate on properties is not something that easily fits on a campaign ad or in a 30 second commercial.

However, the way fields sees it, the explanation is simple.

The bill is now headed to the Colorado House for debate.