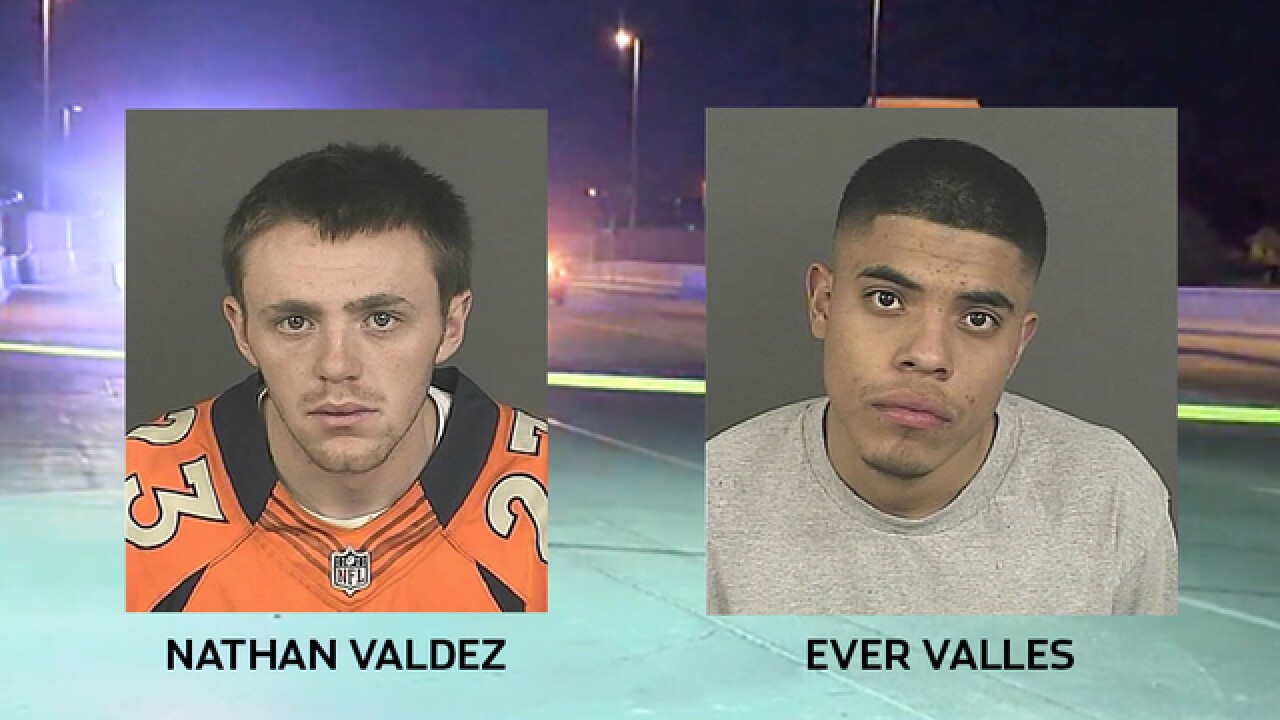 Copyright 2018 Scripps Media, Inc. All rights reserved. This material may not be published, broadcast, rewritten, or redistributed.
<p>Nathan Valdez and Ever Valles have both pleaded guilty to charges relating to the February 2017 shooting death of RTD security guard Tim Cruz.</p>

DENVER – The second suspect in the deadly February 2017 shooting of a man at an RTD station has pleaded guilty in the case, which garnered national attention last year when the U.S. attorney general cited it while threatening so-called “sanctuary cities.”

His accomplice, 20-year-old Ever Valles, pleaded guilty in November to aggravated robbery and accessory to murder counts in the case. In exchange, Valles was expected to testify against Valdez in the case, and other charges were dismissed.

The two robbed Tim Cruz, 32, at gunpoint around 1 a.m. on Feb. 7 last year at the RTD light rail station at 12th Ave. and Sheridan, then shot and killed him.

More than a month later, Attorney General Jeff Sessions cited the case as he rallied against what he calls “sanctuary cities” and threatened Denver’s federal grant money.

"Valles was released from the Denver jail in late December despite the fact that ICE had lodged a detainer for his removal. The American people are not happy with these results," Sessions said.

Valles's first arrest was in  October 2016, but was released in late December after posting a $5,000 bond . Police notified ICE about the release in the face of an ICE detainer.

Shawn Neudauer, an ICE spokesperson, said the notification came too late — an hour after Valles was released. The sheriff’s office disputed ICE’s statements.

Valles and Valdez are scheduled to be sentenced March 9 in Denver District Court. Valles faces a stipulated 16-32 years in prison, while Valdez faces a stipulated 58 years—terms agreed to by the attorneys for the two men and by prosecutors.

Valdez has been set to undergo a jury trial starting next week before agreeing to the plea deal.