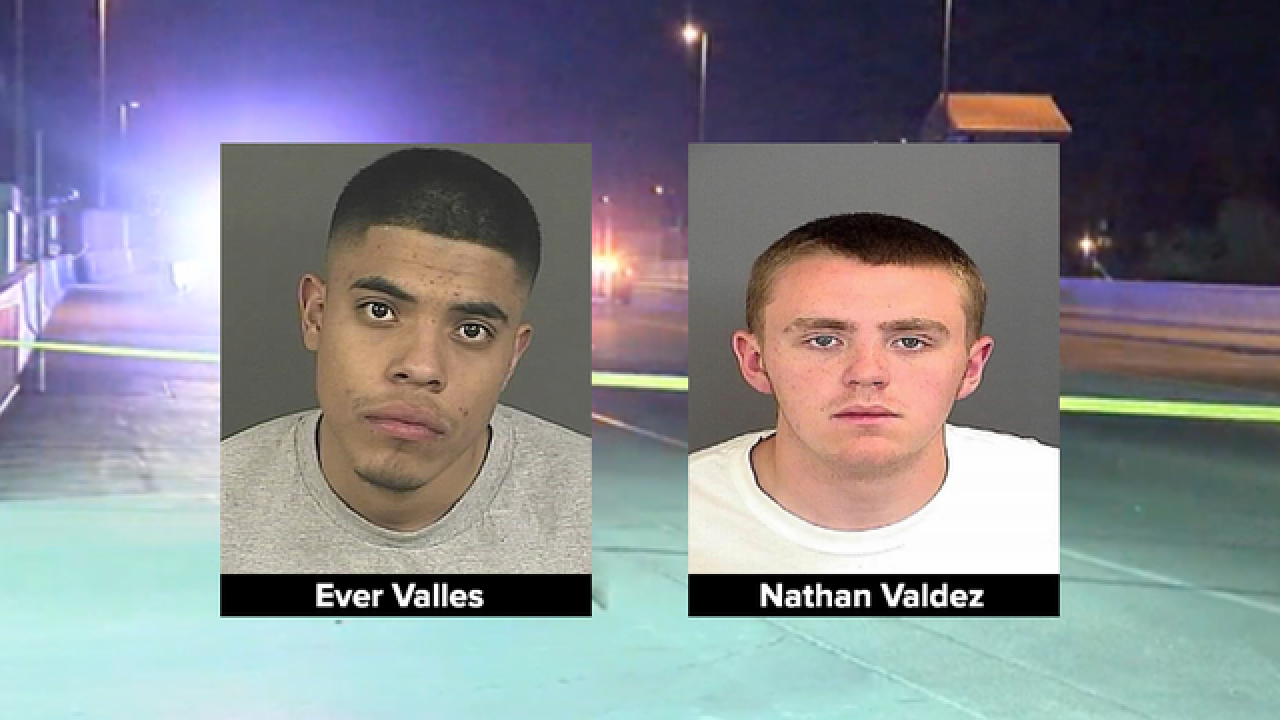 DENVER – Two teenagers arrested in connection with the Tuesday shooting death of a 32-year-old man at a Denver light rail station have been formally charged with murder and other felonies.

Ever Valles and Nathan Valdez, both 19, face varying degrees of murder charges in the death of Tim Cruz, 32.

The teens allegedly robbed Cruz at the Sheridan Station, at Sheridan Boulevard and 12th Avenue, around 1 a.m. on Feb. 7, then shot and killed him.

The two were arrested after surveillance video of the two was released, and an unidentified person tipped police off to who the men were.

Valles was arrested Feb. 8 on a parole violation and Valdez was captured Feb. 10.

The two are scheduled to appear in court for their first advisement Feb. 21.