Grizzly Creek Fire grows to 14,663 acres as of Friday morning

Wildfire near Glenwood Springs doubled in size on Thursday 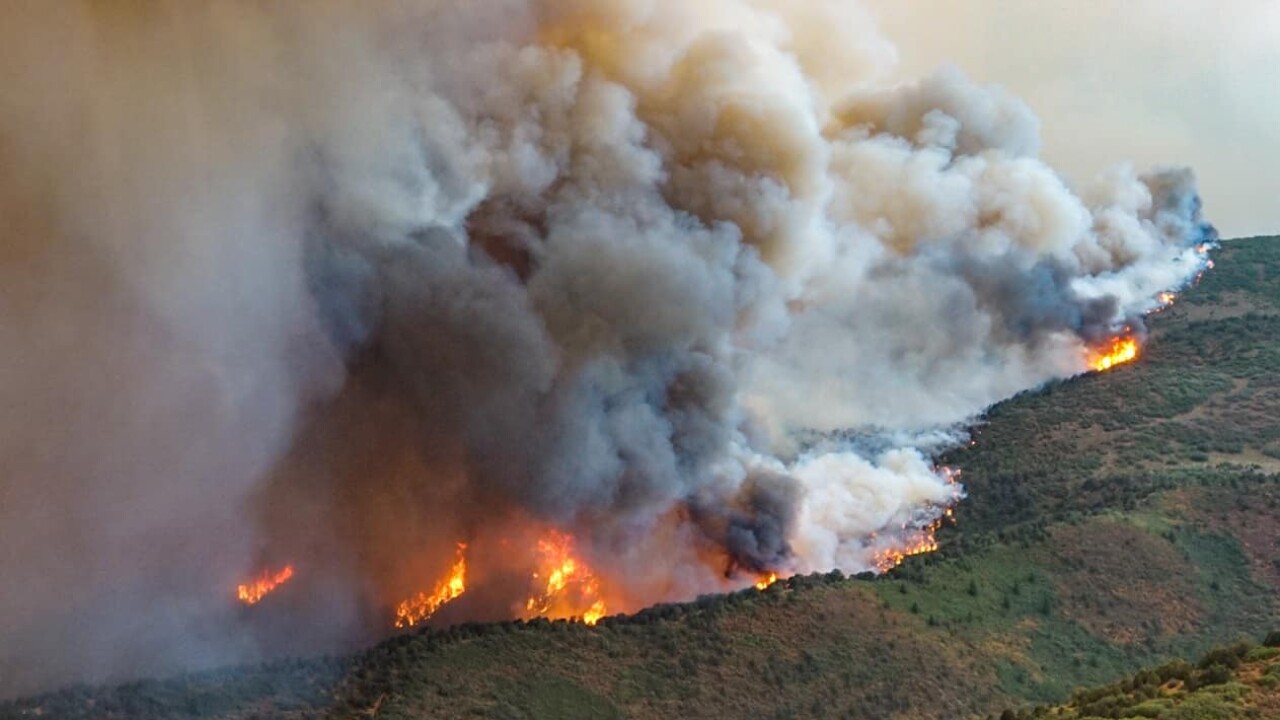 Copyright 2020 Scripps Media, Inc. All rights reserved. This material may not be published, broadcast, rewritten, or redistributed.
US Forest Service
The Grizzly Creek Fire burning near Glenwood Canyon grew to 14,663 acres as of Friday morning with no containment – doubling in size after a day of “rapid and erratic growth” on Thursday. 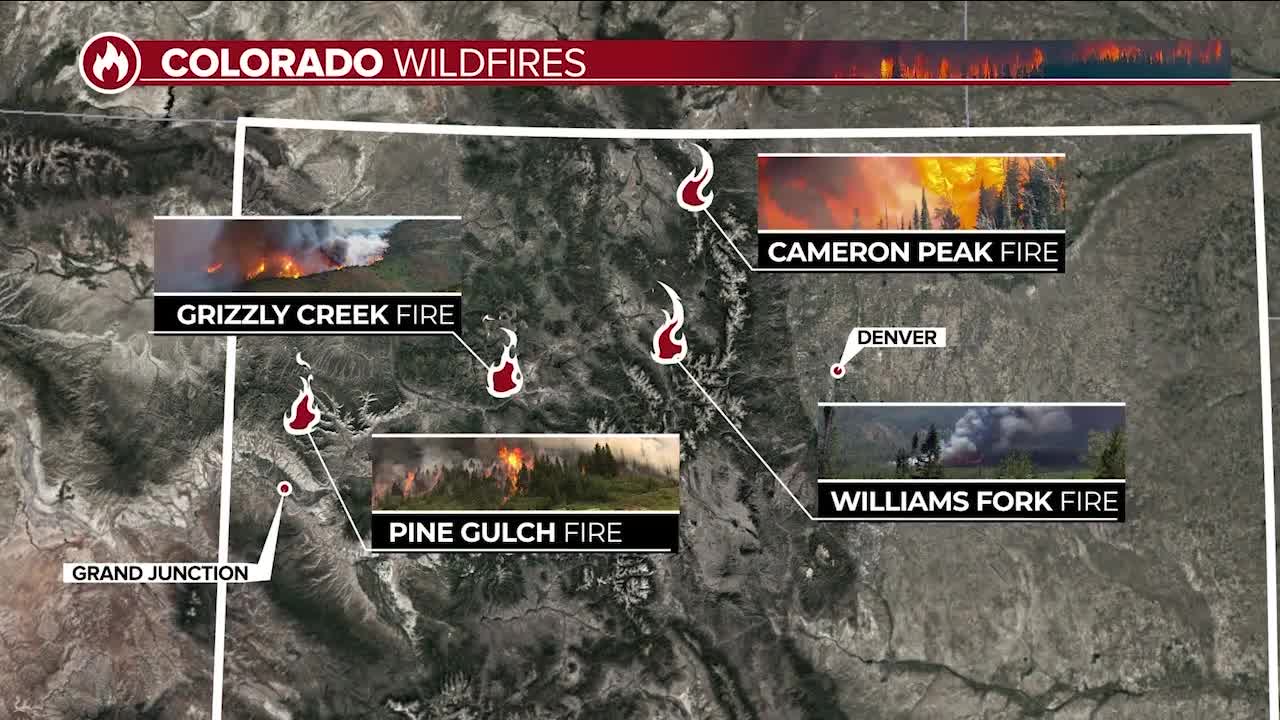 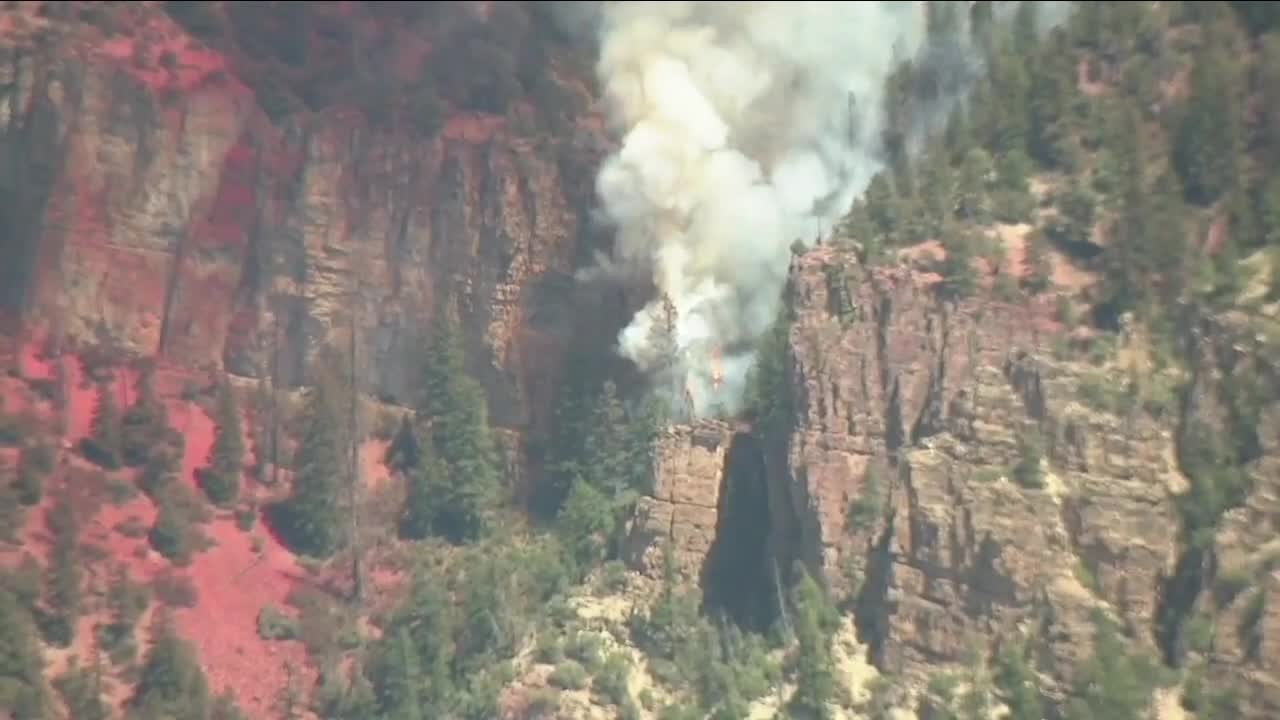 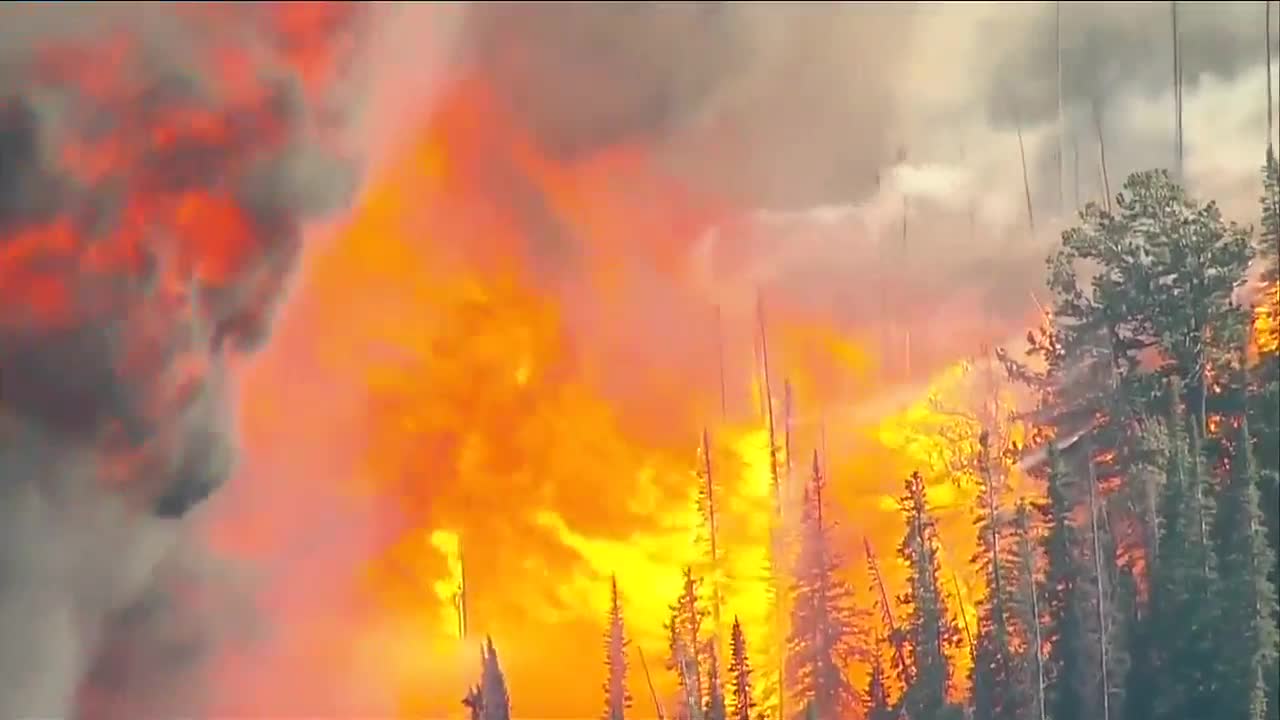 UPDATE (Saturday, Aug. 15, 1:55 p.m.): The Grizzly Creek Fire grew to 19,440 acres, with 0% containment, as of Saturday morning after an active night west of Bair Ranch, when the fire backed under I-70, fire officials said. Click here to read the latest.

GLENWOOD SPRINGS, Colo. – The Grizzly Creek Fire burning near Glenwood Springs grew to 14,663 acres as of Friday morning with no containment – doubling in size after a day of “rapid and erratic growth” on Thursday.

There are 352 personnel working the fire as of Friday morning, as well as 18 helicopters, 12 engines and two water tenders.

More areas were evacuated Thursday as the fire grew quickly to toward Bair Ranch and up Devil’s Hole Canyon to the southeast. The American Red Cross of Colorado opened an evacuation center at Battle Mountain High School in Edwards, where volunteers can help anyone who is being evacuated.

Officials said firefighters were able to hold the fire in the bottom of the No Name drainage.

The fire was most active on the northern side Thursday, but terrain has made firefighting difficult, crews said.

The supervisor of the White River National Forest said Friday evening that the initial aerial assessment done earlier in the day showed that much of Hanging Lake was not severely burned Thursday when the Grizzly Creek Fire moved through, though the area above the lake burned “intensely.”

Scott Fitzwilliams, the supervisor of the White River National Forest, relayed the new details during a community meeting Friday evening.

“I’m happy to announce that the immediate area around Hanging Lake – the boardwalk, the upper reaches of the trail, and the vegetation around the cliffs – was not impacted by the fire,” Fitzwilliams said. “However, the fire did burn intensely all around the area – above it and to the sides of it.”

And though Fitzwilliams said that the initial outlook was good, he warned that there could be future ramifications from the scorched earth and trees surrounding the lake.

“We’re not out of the woods … We won’t know for a while the long-term impacts because Hanging Lake is really about the whole hydrology of the area, but we are feeling good and we are really happy to report that.”

Glenwood Springs said that people with existing reservations could have an opportunity in the future to donate their reservation fee to a restoration fund for the lake if needed.

Officials expect another active day of fire movement as conditions remain warm and dry, though winds are expected to calm slightly from the red flag warning conditions that have existed all week.

Grizzly Creek Fire officials said that a refill station for helicopters to fill up on fire retardant was being set up on I-70 near No Name and that a new helicopter base has been stood up in Glenwood Springs.

Officials said residents living near the fire should be prepared to move to pre-evacuation stages or have to evacuate because of the fire’s “dynamic changing conditions.” Garfield and Eagle county residents can sign up for alert notifications for the latest.

Gov. Jared Polis and the executive directors of the Department of Public Safety and Department of Transportation visited the incident command centers of both the Grizzly Creek and Pine Gulch fires Friday morning to meet with firefighters and other workers on the front lines of the fires. The governor is expected to brief Colorado’s congressional delegation on Friday afternoon.

“It’s no question that this is a difficult time for Coloradans, especially those in the vicinity of the fires, and we appreciate our emergency first responders and public safety workers now more than ever.” the governor added. “Colorado communities are struggling with the effects of severe statewide drought and have proven our resiliency time and time again, and I know this time will be no different.”

I-70 remains closed until further notice between Glenwood Springs and Gypsum, as does Forest Service Road 400, which was closed after drivers mistook it as an optional other route and got stuck or crashed. The workaround for most drivers is U.S. 50 east to U.S. 285 for those coming east from Grand Junction, and CO 9 to U.S. 285 south to U.S. 50 for westbound drivers, or CO 91 to U.S. 24 to U.S. 50 westbound.

“We understand how difficult the closure of I-70 is,” said Aspen-Sopris District Ranger Kevin Warner. “Unfortunately, this mostly unpaved road with narrow switchbacks is not an appropriate alternative. Drivers were ignoring the signs cautioning against using this road as an alternate route, forcing us to close the road.”

Independence Pass opened back up around 5:30 p.m. Friday – but to passenger vehicles only and with alternating traffic flows. CDOT says people should still expect long delays and try to find other routes if they have to travel in the area this weekend.

Cottonwood Pass Road remains closed, as do Coffee Pot Road, Transfer Trail and Clinetop Mesa roads. CDOT is advising people to avoid traveling this weekend, or to head north or south in order to drive east or west across Colorado, with so many road closures in place due to fires.

Stage 2 Fire Restrictions remain in place. The cause of the fire, which started Monday afternoon, remains under investigation.

There are air quality health alerts in place for much of the state until Saturday morning, according to the National Weather Service.

The fire is one of three large fires burning in Colorado as of Friday morning. The Pine Gulch Fire is the fourth-largest in state history, having burned more than 73,000 acres outside of Grand Junction. The Cameron Peak Fire burning in western Larimer County had burned more than 2,100 acres as of Friday morning after it started on Thursday afternoon.