Officials: "Residents in north Glenwood Springs should be prepared for rapidly changing conditions" 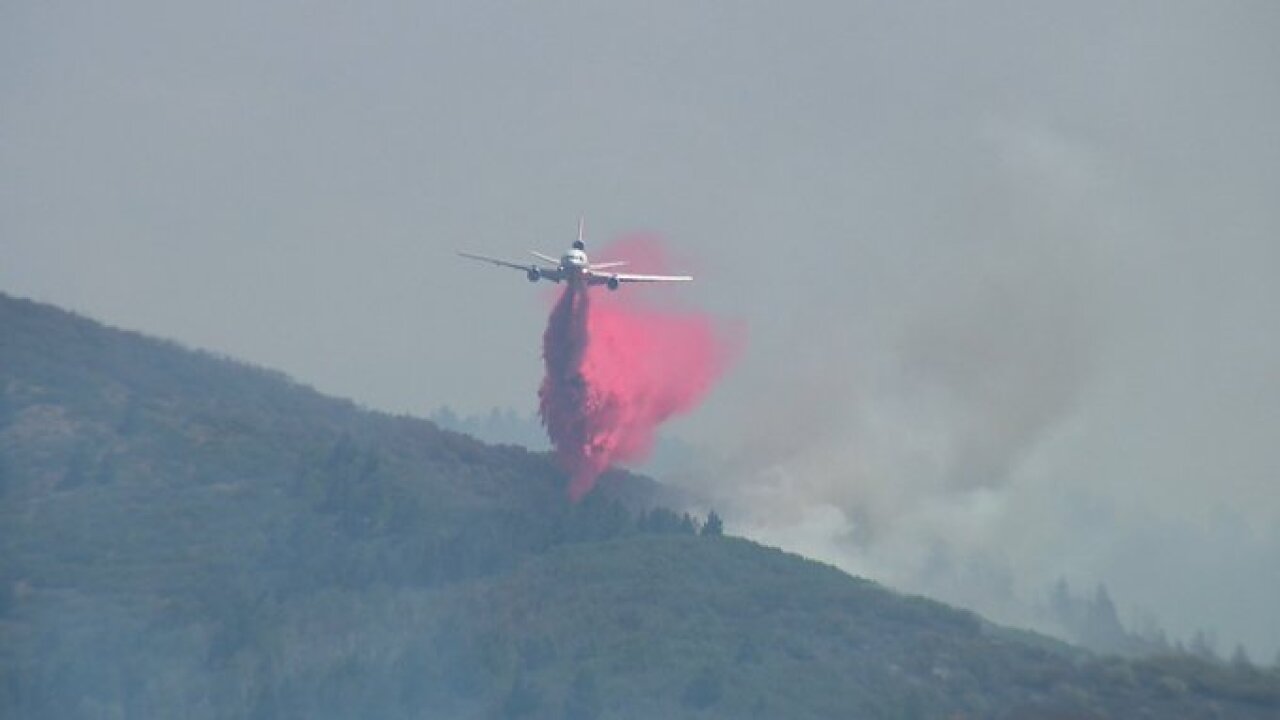 Copyright 2020 Scripps Media, Inc. All rights reserved. This material may not be published, broadcast, rewritten, or redistributed.
James Dougherty/Denver7
An air tanker drops slurry onto the Grizzly Creek Fire on the afternoon of Wednesday, Aug. 12, 2020. 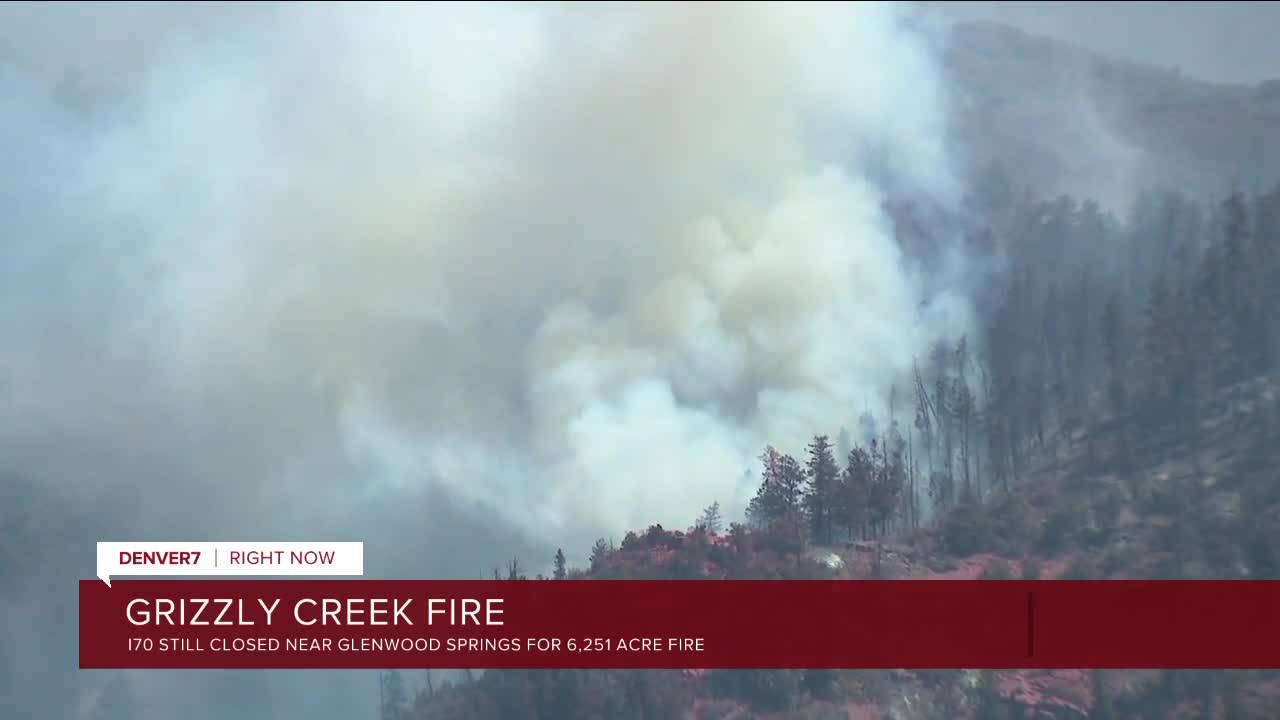 UPDATE | Friday, 6:30 a.m. — The Grizzly Creek Fire, which was estimated at 6,521 acres Thursday morning, had grown to 14,663 acres by Friday morning, according to fire officials. Click here for the latest updates.

GLENWOOD SPRINGS, Colo. – Several communities in Garfield County were ordered to evacuate Thursday night as firefighters continued to battle the Grizzly Creek Fire, which had grown to 6,521 acres in size by morning.

Bair Ranch, Sweetwater and Coffee Pot Springs were ordered to evacuate just before 9 p.m., according to a tweet from the Colorado Office of Emergency Management. Dotsero was on pre-evacuation notice, officials said in the tweet. The evacuation site was at the Gypsum Recreation Center.

The Grizzly Creek Fire grew to 6,521 acres as of Thursday morning, with no containment and another day of red flag warnings, high wind and low relative humidity forecast.

Fire officials said firefighters would be focusing on the No Name drainage Thursday, where the wildfire reached Wednesday afternoon. The area was evacuated earlier this week. Officials said hotshot crews were working to contain spot fires along the south ridge of no name and to establish fire lines in the area.

Firefighters will also continue to work on structure protection near the Shoshone Power Plant, Lookout Mountain and No Name neighborhoods. They are also working to keep the fire from spotting across I-70 near Deadman’s Gulch after the fire jumped back across the river on Tuesday.

“Residents in north Glenwood Springs should be prepared for rapidly changing conditions that may lead to pre-evacuation notices,” they said.

Officials said heavy equipment brought in was working in the areas that are more accessible and helicopters and air tankers were continuing their support.

The Great Basin Type 1 Team took over command of the fire on Thursday morning. The fire grew an estimated 2,800 acres on Wednesday.

Interstate 70 remains closed between Glenwood Springs and Gypsum. Independence Pass is closed, as is Cottonwood Pass Road in Garfield and Eagle counties, along with Coffee Pot Road, Transfer Trail and Clinetop Mesa roads.

The Pine Gulch Fire burning to the west, near Grand Junction, grew to 68,323 acres as of Thursday morning – the fifth-largest single wildfire in state history.

Stage 2 Fire Restrictions are in effect for the area surrounding the Grizzly Creek Fire. Highs in the 80s are expected Thursday, with winds in the 12-17 mph range and relative humidity between 7% and 9%.

Air Quality health advisories have been issued for most of the Western Slope and mountain counties due to wildfire smoke from both the Grizzly Creek and Pine Gulch wildfires until 9 a.m. Friday. Winds are expected to be out of the west and southwest, which will push smoke from both fires east.

The areas where the two fires are burning are under severe and extreme drought conditions, according to the U.S. Drought Monitor’s weekly update.

The fire has Facebook and InciWeb pages that are being updated.

The Glenwood Caverns Adventure Park, which had been open for the past couple of days, was closed down Thursday as a hotshot crew from Durango worked on assessment and structure protection at the park. It is unclear when the park will reopen.

“It is hard to express just how grateful we are for these hotshots at the park and for all of the first responders battling the Grizzly Creek Fire and other fires throughout the country. What they do is truly incredible, and we are all praying for their safety and for rain,” said owner Steve Beckley.

The cause of the fire, which sparked Monday afternoon, remains under investigation. The Eagle County Sheriff’s Office tweeted Wednesday that officials “unofficially” suspect that the fire was sparked by a blown tire, parking rim or dragging chain “as it looks like there were several ignition spots along the road.”

Grizzly Creek Fire officials hosted a Facebook Live community meeting on Wednesday evening and expect to do so again at 6 p.m. on Friday, officials said.