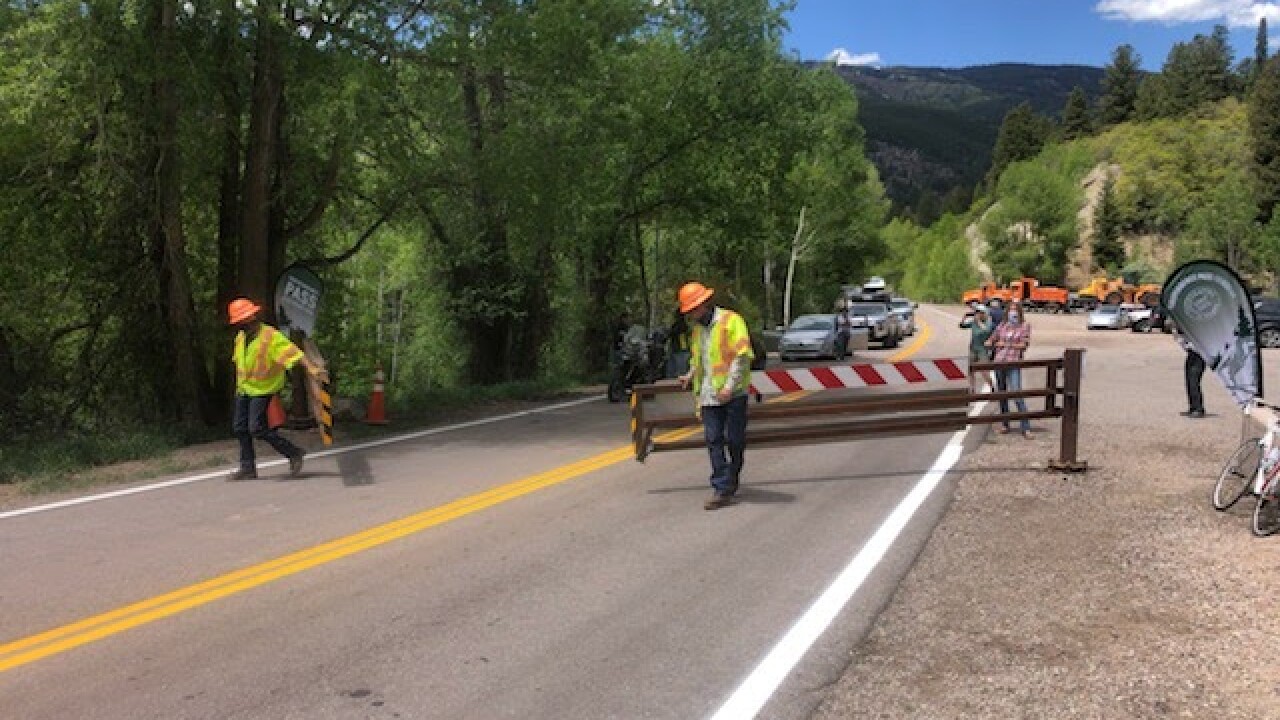 Colorado Department of Transportation
Independence Pass reopened on June 1, 2020 with about 65 vehicles waiting at the Pitkin County gate.

PITKIN COUNTY, Colo. – Independence Pass opened back up around 5:30 p.m. Friday for passenger vehicles only and with alternating traffic flows after it was closed Wednesday when too many vehicles too long for the restrictions tried to drive over it and got stuck.

Highway 82 is one of the workarounds to the closure on I-70 put in place on Monday because of the Grizzly Creek Fire.

And though it reopened Friday night, only cars, SUVs and vans will be allowed, flaggers will alternate traffic flows, and law enforcement will patrol both sides of the pass.

No commercial motor vehicles, camper trailers, recreational or other vehicles will be allowed, and the 35-foot length restriction for the pass remains in effect.

CDOT said drivers should expect delays of up to two hours on the pass and is still suggesting campers and other travelers to use southern or northern routes if they need to travel.

Forest Service Road 400 near Glenwood Springs was closed after drivers mistook it as an optional other route and got stuck or crashed in recent days after being guided there by GPS programs.

“We understand how difficult the closure of I-70 is,” said Aspen-Sopris District Ranger Kevin Warner. “Unfortunately, this mostly unpaved road with narrow switchbacks is not an appropriate alternative. Drivers were ignoring the signs cautioning against using this road as an alternate route, forcing us to close the road.”