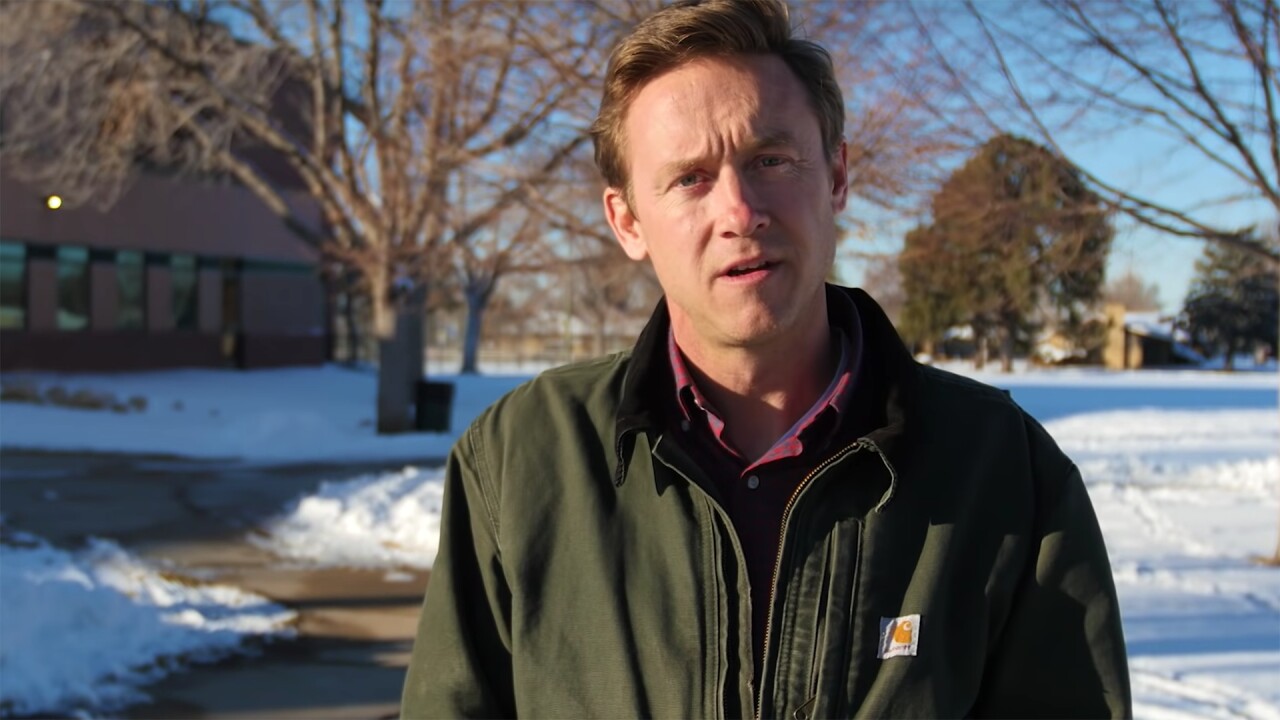 DENVER – After leading the pack of Democrats seeking the party’s nomination in Colorado’s 2020 U.S. Senate race in fundraising through June, Mike Johnston announced Tuesday he was ending his bid and suspending his campaign.

Johnston’s move comes nearly two weeks after former Colorado Gov. John Hickenlooper announced he was entering the race – sending shockwaves throughout the field of what had been until Tuesday 12 candidates.

Johnston raised $1.6 million last quarter to lead the pack of Democrats while Hickenlooper was on the presidential campaign trail and ended the quarter with $2.6 million in cash. He polled moderately in a poll done in early July, though the field was more uncertain at that time.

But he told our news partners at The Denver Post, which first reported that Johnston was ending his bid Tuesday, that Hickenlooper’s entering the race had changed it significantly. And he said in a statement to Denver7 Tuesday that he did not want to participate in a negative race.

“The campaign we would need to run to win this race would violate my basic values in politics and could risk us losing this Senate seat,” Johnston said. “To win this Democratic primary would now require an expensive and negative campaign. That is not who I am, and no race is worth conceding victory to a brand of broken politics that I have spent my life trying to change.”

After Hickenlooper announced he was entering the race in early August, Johnston’s campaign manager, Elissa Kim, told Denver7 Johnston was in the race in order to “beat Cory Gardner and to be an effective Senator for Colorado who will take on Mitch McConnell, Donald Trump, the NRA and all the special interests that have motivated Cory’s time in the Senate.”

There had been speculation over the past few weeks as to whether any of the other Democrats would drop out of the race after Hickenlooper entered and as the Democratic Senatorial Campaign Committee endorsed the former governor – creating a rift between some of the more left-leaning candidates and the more-moderate, widely-recognized Hickenlooper.

He said the stakes of defeating Gardner next year were too high for him to continue and said a negative primary would only help the senator from Yuma.

“That divisive process would break long-standing relationships in this state and would only increase the chances that a battered Democratic nominee would help Gardner win and help [Senate Majority Leader Mitch] McConnell keep control of the Senate,” Johnston said. “I cannot be true to my values and lead a campaign that abandons the politics of what is possible in favor of a politics of attack, or a campaign that puts at risk the very goal my family entered this race to accomplish.”

Johnston, a former state senator, was defeated in last year’s Democratic gubernatorial primary by Jared Polis, who went on to win the gubernatorial election, and Cary Kennedy. He garnered about 23.5% of the primary vote.

Johnston said he would not be done working to advance the issues he has held most dear during his campaign.

“I am deeply committed to advancing the work we have started and will remain dedicated to fighting the climate crisis and fixing our broken democracy,” he said. “I know there will be other moments to serve in other ways, but when you’re part of a team, it does not matter what role you play, it matters what result you deliver. When you remember that the team is bigger than you, you find your place not according to what serves you best, but what serves us best.”

Hickenlooper responded to Johnston's suspending his campaign with a tweet: "Mike Johnston is a friend, a tremendous public servant and a great Coloradan. He's always put the good of the state and indeed country first. I know he will continue to help Colorado do great things going forward."

Polis thanked Johnston for his efforts Tuesday after Johnston's announcement.

"Mike Johnston is an inspirational, smart, and effective leader and I know that our state and nation will continue to benefit from his desire to create real change," Polis said.