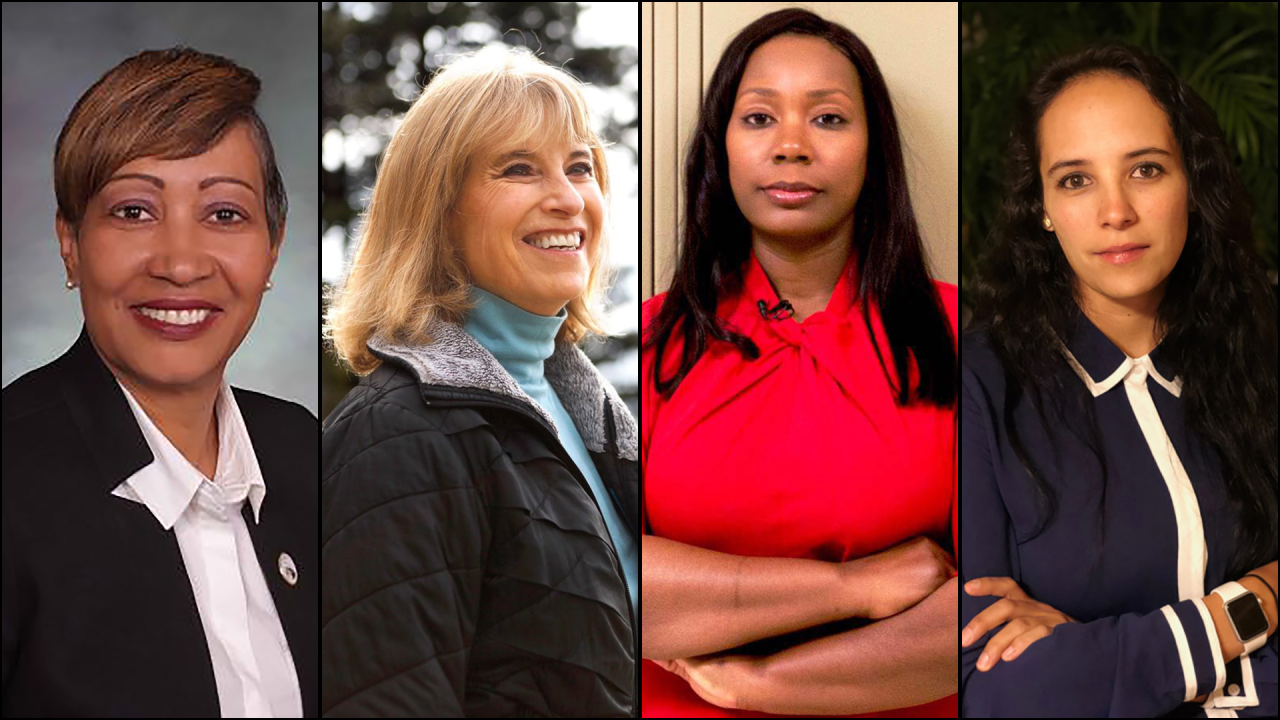 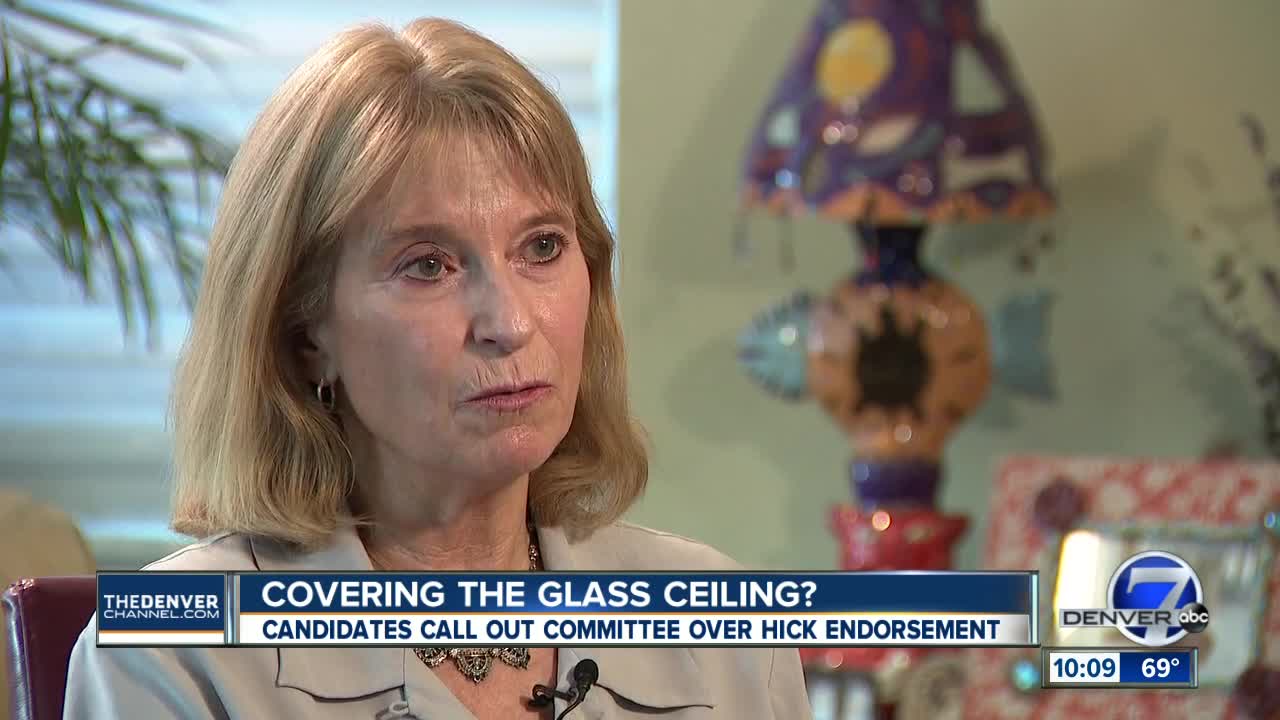 DENVER – Six of the women vying for the Democratic nomination in Colorado’s 2020 U.S. Senate race sent a letter Monday to the Democratic Senatorial Campaign Committee and its leadership urging them to reconsider their early endorsement of John Hickenlooper in the race.

“We are writing today to urge the Democratic Senatorial Campaign Committee to reconsider its early endorsement of former Governor John Hickenlooper. All of us, like many women in Colorado and across the country, have seen well-qualified women passed over for male candidates in the workplace time and again,” wrote Sen. Angela Williams, Alice Madden, Diana Bray, Stephany Rose Spaulding, Lorena Garcia and Michelle Ferrigno Warren to the DSCC, Sen. Chuck Schumer and Sen. Catherine Cortez Masto.

They sent the letter on Monday, which was Women's Equality Day 2019 in the U.S.

On Friday, the DSCC, which is in charge of getting Democrats elected to the U.S. Senate, hinted at support for Hickenlooper in a tweet that came a day after the former governor’s formal announcement that he was entering the race.

“@Hickenlooper is running against Cory Gardner — the most vulnerable Republican up in 2020! If we want to end the gridlock, cut the costs of health care and prescription drugs, and act on climate — we need to flip this #COSen seat,” the tweet said.

On Monday night, a DSCC spokesperson told Denver7 that it was supporting Hickenlooper: “John Hickenlooper is far and away the strongest candidate to beat Cory Gardner, and we’re proud to support him in his run for Senate,” spokesperson Lauren Passalacqua said.

Hickenlooper’s entering the race led few of his 11 opponents to back down in their efforts and emboldened some of them.

Williams said Hickenlooper “has failed to fight for the progressive solutions our state and country need” on the day he announced his candidacy, and the next day penned an op-ed in the Aurora Sentinel in which she cautioned Hickenlooper she wouldn’t be given up, writing: “It’s clear that Governor Hickenlooper is considering running for the senate only because his presidential ambitions didn’t work out, not because he actually wants the job.”

Several of the other candidates who signed the letter Monday also last week criticized Hickenlooper’s candidacy – particularly on environmental issues. And over the weekend, people watching the race said they believed it could turn negative.

But six of the seven women in the race – Trish Zornio did not sign the letter – elaborated on their displeasure with the DSCC’s decision to endorse Hickenlooper so early on Monday.

“Those of us who have run for office before have been told to ‘wait our turn’ and ‘don’t rock the boat’ more times than we care to mention,” they wrote. “Now, the DSCC, by its endorsement, is implying that we should defer to a male candidate because you seem to believe he is ‘more electable.’ Colorado has never had a woman United States Senator and one has to wonder if circumstances such as this have contributed to that unfortunate outcome.”

They point out in the letter that women voters have turned out in higher numbers than men in every state election since 2004, the leadership roles women have taken within Colorado politics and the record number of women elected to federal office last year. They also said that past recruiting efforts in other states ended up with the DSCC picking candidates “that do not truly represent communities.”

The women, as have other progressives in the race, also wrote that they are unsure if Hickenlooper is committed to the race – as he said while he was on the presidential trail of the Senate seat – and whether his policies are progressive enough for Colorado’s Democrats and left-leaning unaffiliated voters.

“Governor Hickenlooper’s statements have offended and angered many of the voters in Colorado. Just like Senator Gardner, Governor Hickenlooper is utterly disrespectful and tone deaf to the contributions of activists and communities that make Colorado a leader on progressive values,” they wrote. “Voters across the nation have rejected politicians who refuse to stand strongly with them and we will not be surprised if Colorado primary voters do the same.”

Gardner’s campaign and the National Republican Senatorial Committee both used Hickenlooper’s presidential campaign words that he was not “cut out” for the Senate in statements against him last week, as did some of the men running for the Democratic nomination who are working to distinguish themselves as more progressive than Hickenlooper.

Former House Speaker Andrew Romanoff said Hickenlooper was echoing Gardner’s talking points about the Green New Deal and Medicare For All, and Dan Baer talked about the “new voices ready to lead across our state.”

Copied on the women candidates’ letter to the DSCC Monday were representatives for EMILY’s List, a political action committee that aims to elect Democratic, pro-choice women to federal office.

The women wrote in their letter Monday that the DSCC should not put its thumb on the scale this early in the race despite the Democrats’ overall goal of defeating Gardner next November.

“The Colorado democratic primary for the US Senate seat should belong to the voters. Washington insiders should watch the race develop and hear from all of the candidates before getting involved,” they wrote. “To be clear, this race is not a coronation of any candidate. We hope the DSCC will give strong consideration to rescinding its endorsement, and allow Coloradans to decide the outcome of this primary campaign.”