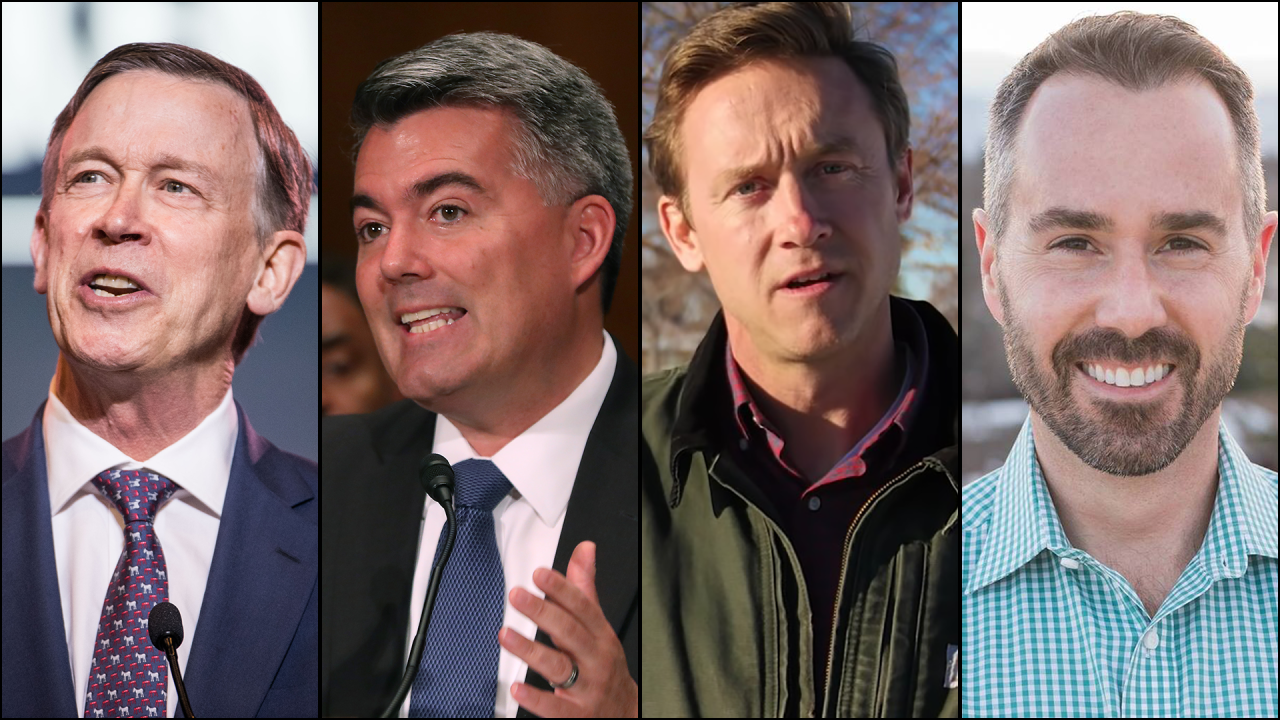 DENVER – Former Colorado Gov. John Hickenlooper announced Thursday he would seek the Democratic nomination in the state’s 2020 U.S. Senate race to try and unseat Republican Cory Gardner – joining a field of 11 other Democrats, some of whom said Thursday they were not fazed by the two-term governor’s entering the race.

“I’ve always said Washington was a lousy place for a guy like me who wants to get things done,” Hickenlooper said in an announcement video filmed at the brewery he founded. “But this is no time to walk away from the table. I know changing Washington is hard, but I want to give it a shot. I’m not done fighting for the people of Colorado.”

Hickenlooper’s announcement came one week after he announced he would end his 2020 presidential bid, in which he said he would give running for Senate “some serious thought.”

And though one poll conducted in early July showed Hickenlooper would have a large lead over the other Democrats in the field, most of them on Thursday said that Hickenlooper’s entrance into the race did not affect their candidacies – but said that the race had changed with such a big name in the field.

And Gardner’s campaign and the National Republican Senatorial Committee said they had few worries no matter which Democrat they might face next November.

“To us Governor Hickenlooper is just another liberal in the clown car,” Gardner’s campaign manager, Casey Contres, said in a statement Thursday. “Whoever their party nominates will be wildly out of step with Colorado and we look forward to facing them in the general election.”

The NRSC and Colorado Republican National Committee both pointed to Hickenlooper’s prior statement saying he wasn’t “cut out” to be a senator.

“This crowded Senate field has been in a race to the left and Hickenlooper’s quixotic presidential bid did not do him any favors in proving he can compete in any race in 2020,” said NRSC spokesperson Joanna Rodriguez.

“For months John Hickenlooper told anyone who would listen that he would not make a good Senator. We could not agree more,” Colorado RNC spokesperson Kyle Kohli said.

Democratic candidates say field has changed, but double down

Most of the 11 other Democrats already in the race said Thursday that they were sticking by their campaigns but acknowledged the new challenge they would have in having Hickenlooper, the former governor and mayor of Denver, in the field.

More than one of the Democrats out-raised Hickenlooper’s presidential campaign in the last quarter of campaign fundraising but he will be able to bring much of that money into his Senate campaign and has better name-recognition than any of the other candidates – having won two statewide races in Republican wave years.

Former state senator and Democratic gubernatorial candidate Mike Johnston raised $1.6 million to lead the pack last quarter. On Thursday, his campaign did not mention Hickenlooper by name but touted the endorsements he’s earned so far and the money he’s raised statewide.

“Mike is in this race because he has demonstrated as a teacher and principal, and in the state Senate, that he has what it takes to rise to that occasion, both to beat Cory Gardner and to be an effective Senator for Colorado who will take on Mitch McConnell, Donald Trump, the NRA and all the special interests that have motivated Cory’s time in the Senate,” Johnston’s campaign manager, Elissa Kim, said in a statement.

Former U.S. diplomat and state Department of Higher Education Executive Director Dan Baer, who raised more than $1.3 million last quarter, continued to try and separate himself from the rest of the field and from Hickenlooper, who is widely seen as a moderate.

“There are new voices ready to lead across our state and in the U.S. Senate, voices who understand that there is no back to normal, there’ sonly forward to normal,” Baer said. “That’s why I was running yesterday, and that’s why I’ll be running tomorrow.”

Former U.S. Attorney John Walsh’s campaign, which brought in the third-most amount of money among the Democrats last quarter, said the race had entered a “new phase.” His campaign did not commit to the next steps, saying they were under review.

“John believes passionately that Cory Gardner needs to be defeated. He also has enormous respect for John Hickenlooper,” said spokesperson Andrew Markoff. “Obviously, this is a different race today than it was yesterday, and John and his team are working to plan next steps for this new phase of the race.”

Former House Speaker and Mental Health Colorado CEO Andrew Romanoff brought in about a half-million dollars in donations last quarter and, like Baer, continued Thursday to try to paint himself in a different light than both the former governor and Gardner.

“We deserve – and I pledge to run – a campaign grounded in public policy. I know and respect both Cory Gardner and John Hickenlooper, but I disagree with them on some fundamental issues,” Romanoff said in a statement.

He said he supports the Green New Deal and Medicare For All – two policy ideas Hickenlooper attacked during his presidential campaign.

“The best way to defeat Cory Gardner is to present a clear alternative,” he added “Echoing his talking points will inspire no one. This is no time to surrender to our dreams.”

Sen. Angela Williams, among the candidates who most-recently entered the race, threw a jab at Hickenlooper in a statement Thursday.

“Governor Hickenlooper says he’s not done fighting, but a lot Colorado’s working families are wondering when exactly he started to fight,” she said. “On health care, worker’s rights, climate change, criminal justice reform and more, Governor Hickenlooper has failed to fight for the progressive solutions our state and country need.”

“I welcome John to the race and look forward to hearing his ideas for legislative action,” she said in a statement. “I am running to take immediate steps to ensure a sustainable future for generations to come.”

Environmentalist Diana Bray, in a statement, directly targeted Hickenlooper’s work with the oil and gas industry as governor.

“John Hickenlooper has not fought for Coloradans but he has fought for the oil and gas industry,” she said in a statement. Hickenlooper uses his credentials as a scientist to support his contention that fracking is safe, yet for years he has ignored peer-reviewed research that says we must reverse course.”

Just after noon on Thursday, Hickenlooper’s campaign sent out a fundraising email: “Here’s what we know: This is shaping up to be the top Senate race in the country. There’s not a doubt in our minds that we can win this – but the other side will stop at nothing to hold on to this seat and secure their Senate majority.”

The campaign noted that Gardner already has $5 million in funds and out-raised every Democrat last quarter, and asked supporters to “chip in what you can right now to make sure we’re prepared for whatever the Washington Republicans throw at us.”

Several of his opponents are slated to attend the Pitkin County Democratic Party Dinner in Aspen later in the evening.