You think this is bad? Denver's biggest storm had the city buried in over 3 feet of snow for days 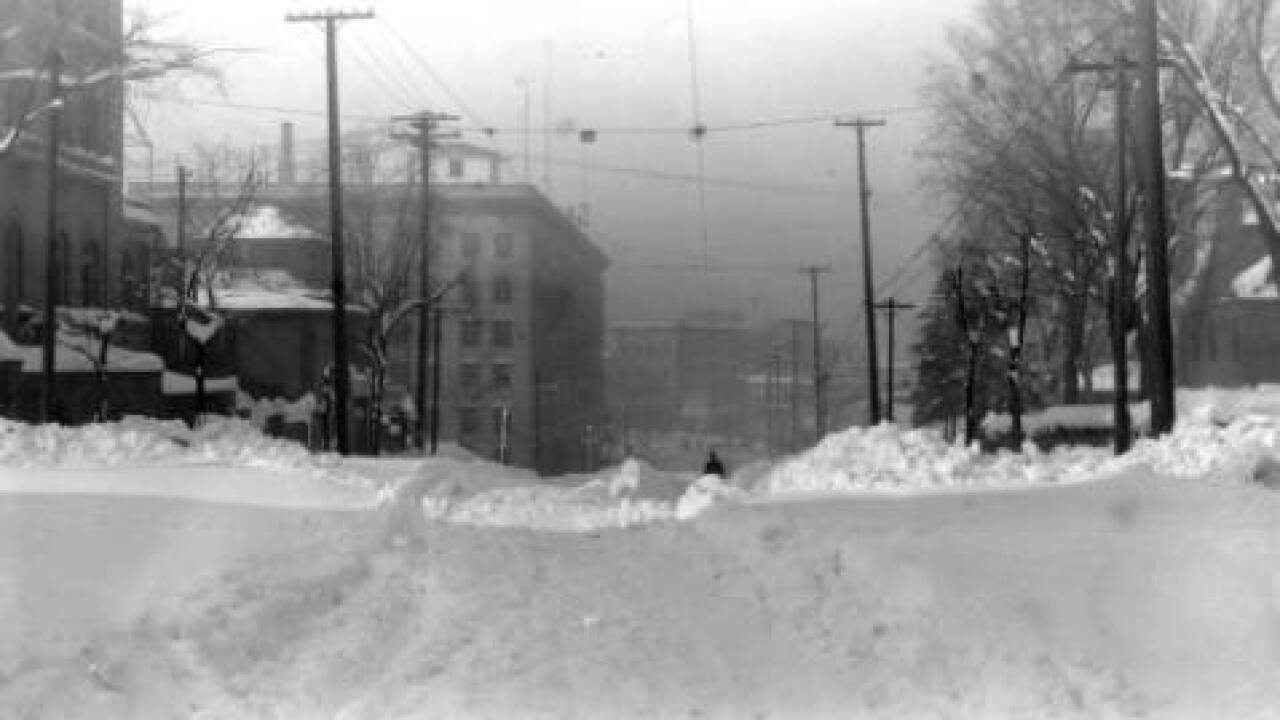 <table><tbody><tr><td>Few tracks are visible in the deep snow that covers 17th (Seventeenth) Avenue, Denver, Colorado. Down a hill, the Savoy Hotel and a pedestrian can be seen.</td></tr><tr></tr></tbody></table><br/>

DENVER — Parts of Colorado is in the midst of a major winter storm, dumping several inches of snow and causing major disruptions to travel during a busy Thanksgiving break. Some areas of the state are set to receive 20 or more inches of snow before the storm moves out.

Colorado is no stranger to snowstorms. Tuesday's blast of snow, while considered one of the heaviest to hit the state in years, pales in comparison to some of the worst storms to hit the Denver area.

Here are the 10 worst snowstorms in Denver, according to the National Weather Service:

In December of 1913, the Denver area was walloped with several days of snowfall. After everything was said and done, the city was buried in 45.7 inches of snow. It was the largest amount of snowfall from a single storm in Denver, according to records obtained from the National Weather Service.

Pictures of the event, courtesy of the Denver Library’s digital archive, showed buried cable cars, roads and sidewalks. The storm essentially shuttered the city for days.

But not everyone was having a miserable time. Denver children were seen in photos sledding down the steep streets of Capitol Hill.

“Turning Eighth Avenue, below, into a snow run for sledders and a reminder for us that monstrous snowstorms are nothing new in Denver,” read the photo's caption.

Here are photos of the 1913 snow event, courtesy of the Denver Library: