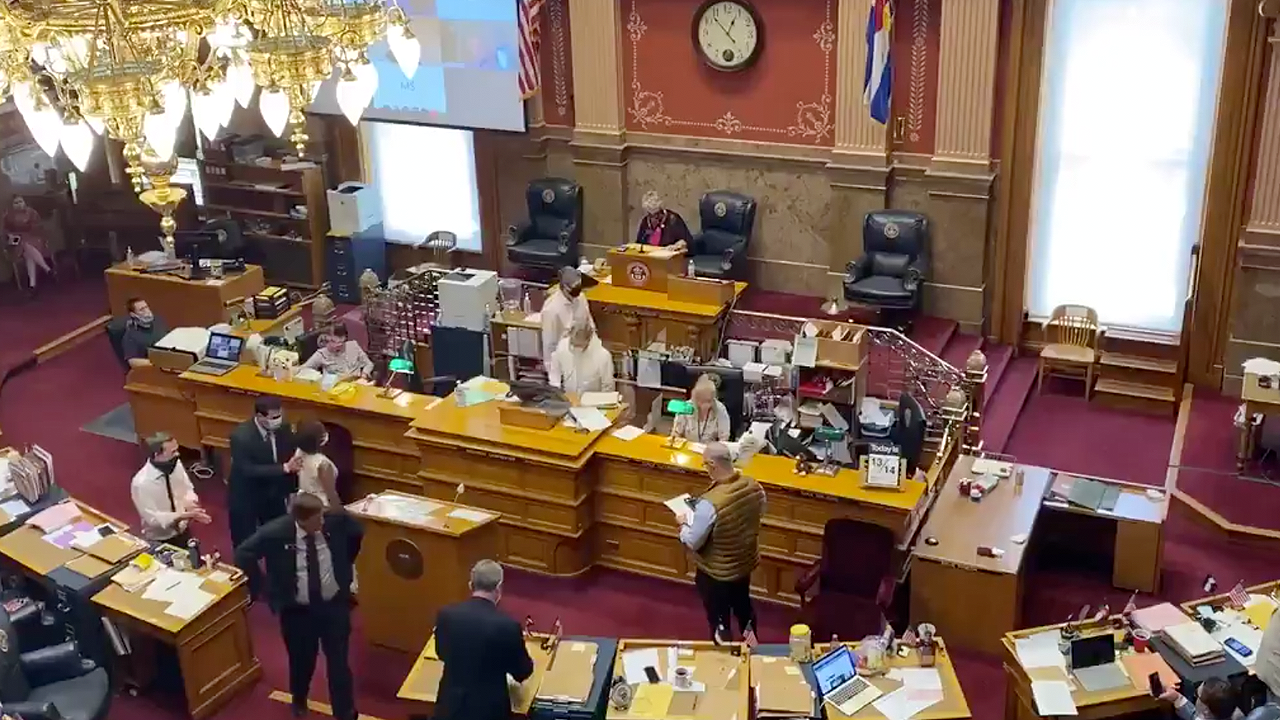 DENVER — A sweeping police reform bill is on its way to the governor's desk after the Colorado Senate approved the House's amendments.

The Colorado House voted Friday to pass the police reform and accountability bill brought in the wake of demonstrations following George Floyd's death back to the Senate for concurrence with amendments, which the Senate voted 32-2 to approve on Saturday.

"The timing is right, and the timing is now," Sen. Rhonda Fields, D-CO, said during Saturday's vote.

Sen. Bob Gardner, an El Paso County Republican, said he has concerns over how quickly the measure has moved through the legislature. He said the bill would need "some refinement" in the future but said that he is in favor of its passage.

The House amended the bill to give law enforcement agencies more time to come into compliance with certain provisions of the bill, to ban carotid control holds and to put more requirements on district attorney's offices about reporting on officers' use of force and grand jury indictments.

Law enforcement agencies will have until Sept. 1 to put new use-of-force rules into effect and until 2023 to put in place the requirement that nearly all officers wear body cameras or have dash cameras. The bill allows up to 45 days for body camera video in excessive force cases to be released.

Other House changes include a requirement for grand juries to issue a report if they decide not to indict an officer involved in a person's death, a requirement for a judge or internal affairs investigator to present to the district attorney if an officer is found to have failed in intervening to prevent another officer's use of unlawful physical force, and for a district attorney to issue a statement if a case is sent to a grand jury.

Families of people killed by officers would also be able to request a copy of body camera video of their family member's death up to 72 hours before it is publicly disclosed. The amendments also require officers to tell victims of crimes when they are being recorded. Jail guards, CSP troopers at the Capitol and court officers would not have to wear body cameras.

Data, when available, would also be required to be reported if an officer unholsters or discharges their weapon – on top of when they had been required by the bill to report when they pointed a weapon at a person.

The amendment to ban the carotid hold, which several Colorado law enforcement agencies have banned this week, comes on top of language in the bill that banned chokeholds. Aurora police banned the carotid hold this week, which officers used on Elijah McClain prior to his death. Aurora has fired its independent investigator in the McClain case and will choose a new one.

The bill also removes the "fleeing felon rule," which allowed officers to use deadly force to stop a person suspected of having a weapon. Lawmakers pointed to Bailey's shooting death as reasoning for removing the rule.

The amended House bill also appropriates money for agencies to come into requirements – most of which will go to the Department of Public Safety for FY2020-21 for maintaining body camera footage.

The attorney general's office can also bring criminal charges if an officer's violation is "willful or wanton" and can impose fines, under the changes.

The Senate voted 32-1 to pass the measure earlier this week after the original bill underwent changes to appease lawmakers of both parties who had sought changes surrounding privacy and safety for law enforcement officers. The measure passed the House Finance and Appropriations committees on Wednesday and Thursday, respectively, on party-line 7-4 votes.

The bill will now head to the desk of Gov. Jared Polis, who on Friday night reiterated his support for the measure.