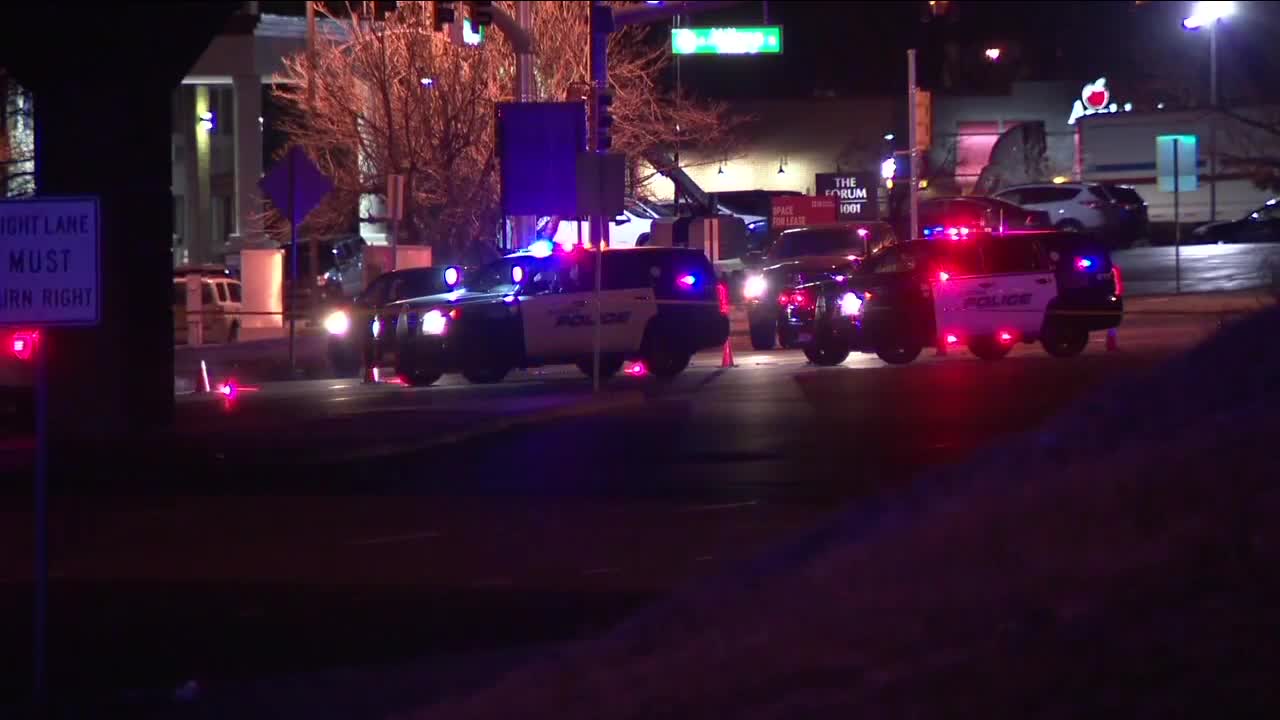 AURORA, Colo. — Aurora police on Tuesday announced several changes to their department policies, including a ban on officers using a carotid control hold and certain warnings officers must give before being authorized to fire a weapon.

"Not only myself, but all major city chiefs, we need to look at how we do business," interim Police Chief Vanessa Wilson said. "And the public is demanding that. We work for the public."

• A ban on the carotid hold, unless officers are "met with violent resistance" or "other means have been tried unsuccessfully or other means are not feasible," the policy says.

• An officer must give a warning and identify themselves before firing a weapon, unless it risks the safety of the officer, according to the policy.

• Any sworn officer, while acting in that official capacity, has a duty to intervene when they witness another officer use force that is clearly beyond that which is objectively reasonable and lawful, the policy says.

• When officer is involved in a use-of-force incident, they will be immediately relieved from the situation by backup officers in an effort to de-escalate the situation. "Officers are required to accept, without question (regardless of rank or tenure), the intervention of another officer unless it is not safe or practical to do so," the policy says.

• Regarding so-called "suspicious calls," a goal will be in place to train officers to overcome any bias from the person who reports the call and not assume a person is suspicious. "The goal is to utilize member’s own observations and training to overcome or eliminate any bias against the subject by the reporting party that may have generated the call," the policy says.

"I think this is a situation where our community and nation need to look at — someone should never be considered suspicious because of the color of their skin," Wilson said.

Aurora police received criticism last year when Elijah McClain, a 23-year-old man, suffered a heart attack after an interaction with officers. The officers were responding to a report of a suspicious person wearing a mask. When they arrived, they contacted McClain, who resisted when the officers tried to detain him, police said.

A struggle ensued, and a responding officer requested that a paramedic give McClain a dose of ketamine "due to the level of physical force applied while restraining the subject and his agitated mental state," officials said.

The officers who detained McClain were cleared by a department review board, and they did not face criminal charges.

Aurora city officials are also forming a citizen task force to review the police department's procedures and oversight, and the city continues to investigate McClain's death.

The Aurora police news conference Tuesday followed a letter from three councilmembers earlier in the day, calling for an independent investigation into McClain's death.

Aurora city manager Jim Twombly in the news conference Tuesday said that Eric Daigle, an attorney and former police officer who investigates use of force and other training issues, is investigating the McClain case. Daigle's report will be made public and sent to the district attorney for further review, if needed.

But in light of recent protests in Colorado and across the country — demanding justice for George Floyd and calling for an end to police brutality — Aurora councilmembers Allison H. Hiltz, Curtis E. Gardner and Angela Lawson wrote in a letter that "it has become clear that public trust has been eroded."

"We know that the status quo is no longer acceptable in our criminal justice system," the councilmembers, who are members of the council's public safety committee, said. "Our community has experienced pain and as leaders it is our responsibility to take the first step in restoring public trust."