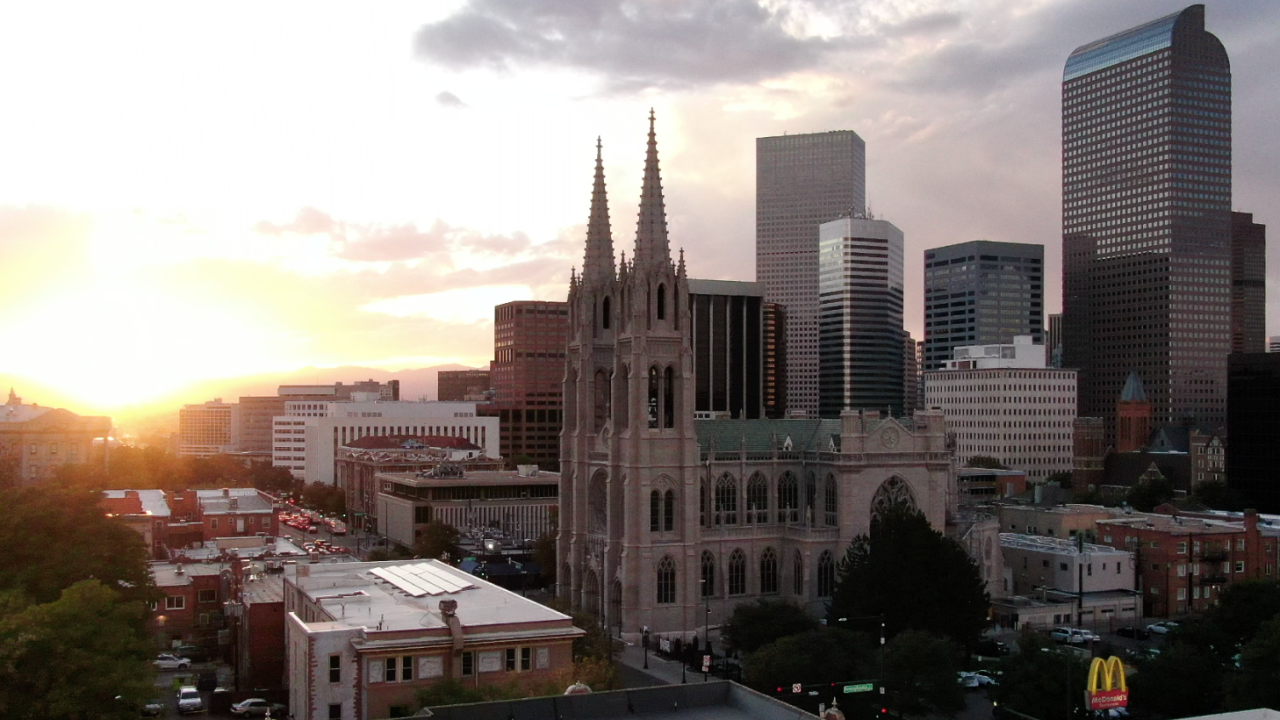 Copyright 2019 Scripps Media, Inc. All rights reserved. This material may not be published, broadcast, rewritten, or redistributed.
Denver7
As investigations in other states produce arrests and unearth abuse allegations within the Catholic Church, some people in Colorado are questioning if negotiations before the state’s review began will prevent the disclosure of decades worth of closely held secrets. 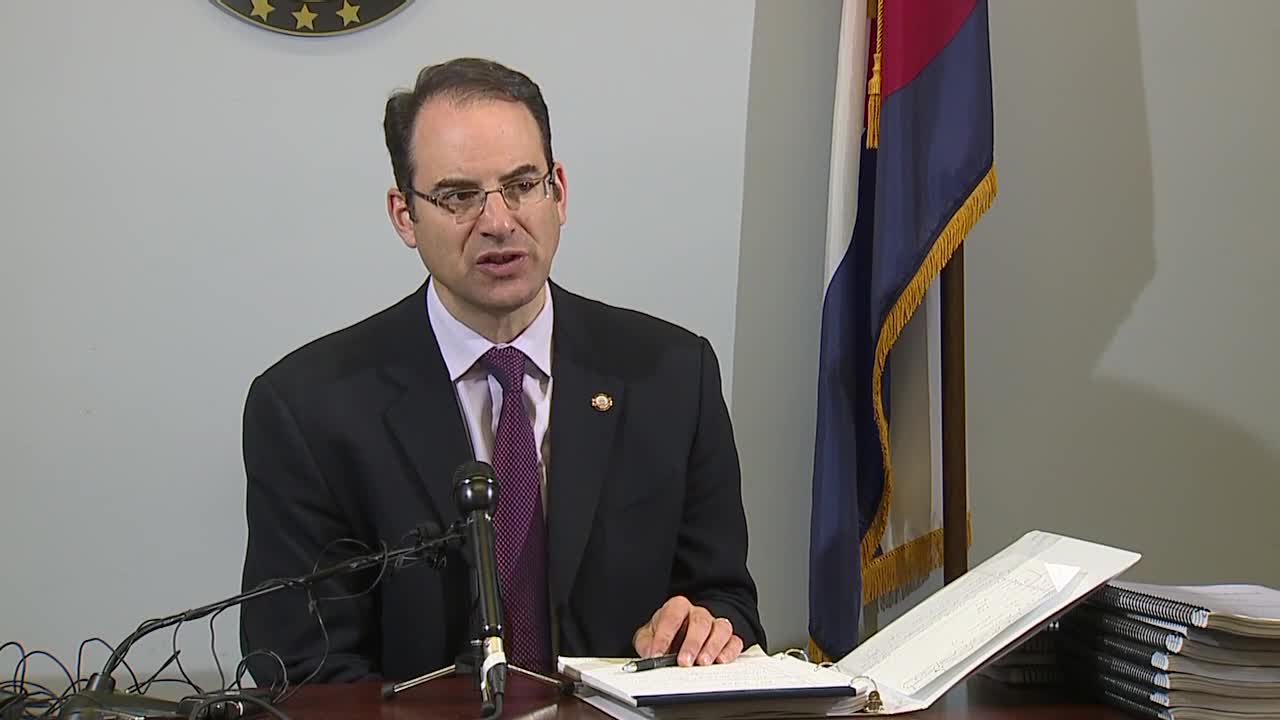 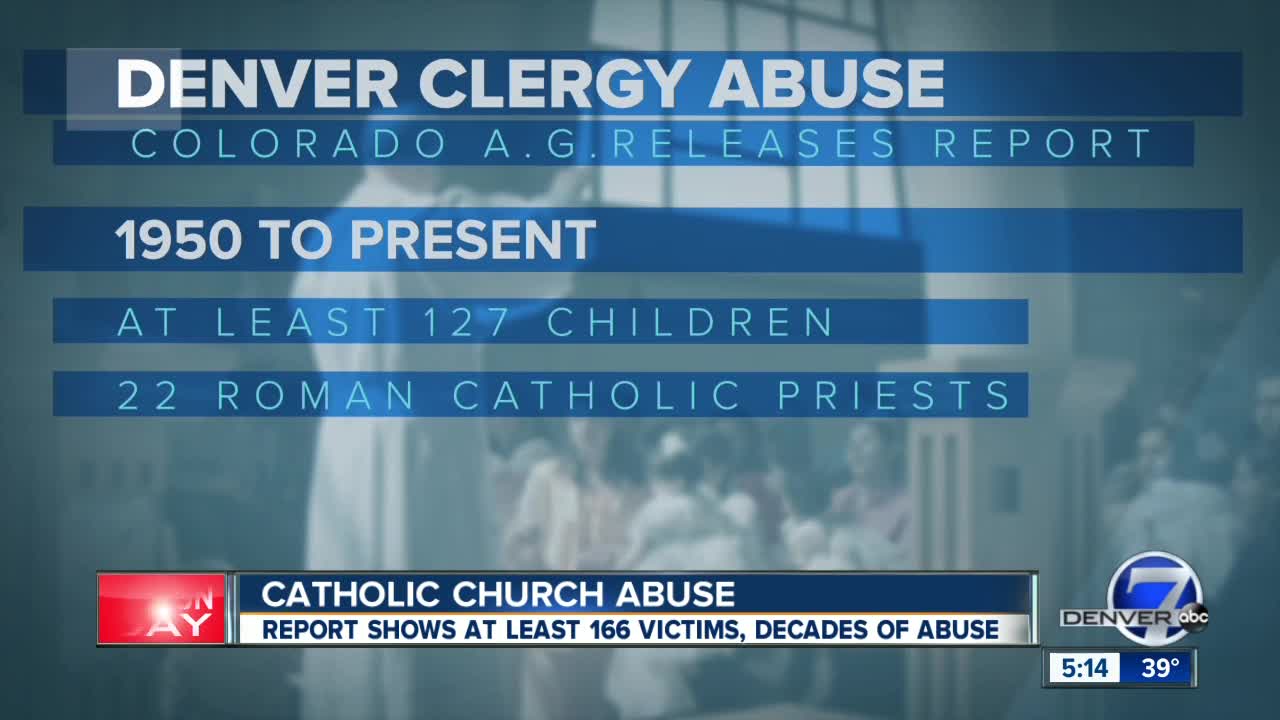 DENVER – A report released Wednesday that details sexual abuse of children by Catholic Church priests in Colorado since 1950 found at least 166 children were victimized by 43 priests, but also that church records were incomplete and that any assumption that the abuse issue has been solved would be inaccurate and lead to more abuse.

The report from former U.S. Attorney Robert Troyer was ordered in February and looked at child sex abuse within the three Colorado dioceses of the church – in Denver, Colorado Springs, and Pueblo.

The report says that 140 of the 166 documented victims were boys and that most of the abuse occurred when the victims were between the ages of 10 and 14.

After the investigation and review, no child sex abuse allegations were referred to a district attorney's office in Colorado. The report says one allegation is "arguably still viable for prosecution" within the statute of limitations, however, and that the allegation has been reported to authorities.

The report says that much of the abuse occurred in the 1960s and 1970s, but also goes to lengths to show that many of the people who reported abuse did not do so until decades later and that there are likely other victims who have never reported the abuse for various reasons.

“The priest files we reviewed do not reveal any child sex abusers in active ministry in Colorado, but those records are not reliable proof of the absence of active abuse,” Troyer wrote in his report. “Our review revealed flaws in the Colorado Dioceses’ records and practices that make it impossible to honestly and reliably conclude that no clergy child sex abuse has occurred in Colorado since 1998 — or that no Colorado Roman Catholic priests in active ministry have sexually abused children or are sexually abusing them.”

The report says that 97 of the 166 known victims were abused after dioceses were put on notice that priests were abusing kids, and that the dioceses took, on average, 19 ½ years after receiving abuse allegations before they restricted priests who were known abusers.

“Our review indicates that over 50% of Colorado’s clergy child sex abuse victims were abused after the relevant diocese was already aware these priests were abusers,” Troyer wrote.

The report also shows some of the limitations involved in both the investigation and the next steps.

The report was restricted to looking at diocesan priests and Jesuit priests and Troyer and his team could only use the files from the three dioceses and conduct their own interviews and follow-up investigations. But the report says that through investigators' own interviews, they found information that "we should have been provided per the Agreement in the first place" which had not been provided by the church. The report does not convict the dioceses of intentionally withholding information but said there was "ample evidence" that "significant errors in record-keeping led to credible child sex abuse allegation not being included in the priest files we reviewed."

The report says it "doesn't appear" the diocecses withheld any so-called "canon 489" files or hid any in secret archives.

It details how the church and church personnel sometimes failed to document reports received from church members and put any documentation in a priest’s file, which limited the resources with which investigators had to work.

"Often the files lack documentation about a diocese's response to a report of clergy child sex abuse," the report states.

The report says the dioceses at time failed to voluntarily report abusive priests to law enforcement, but since there was only an eight-year mandatory reporting period in the 2000s, that many of the cases contain a "not applicable" notation.

Troyer also wrote that there were other limitations.

“It does not chronicle abuse committed by religious-order priests in Colorado or by Diocesan Priests before they were ordained,” Troyer wrote. “It does not report clergy sexual misconduct with adults, including adult Church personnel like religious sisters or adult seminary students.”

Furthermore, investigators saw differences in the degrees to which victims reported details to the church. For some, it was too painful or humiliating to recount the abuse to church members, the report says, but others described their abuse in detail and reported feeling cathartic, according to the report. The report “attempted not to minimize or sterilize the genuine horror of these sexual abuse incidents while stopping short of lurid descriptions,” Troyer wrote.

He also noted that he could not be sure investigators saw every priest file for each deceased or retired priest that contained child sexual misconduct allegations, and that there was a culture of the use of euphemisms to describe child sexual abuse for decades within the church. The report says it was "clear" from the file review that "especially before the early 1990s," the Colorado dioceses "often intentionally did not document child sex abuse allegations or referred to them in such euphemistic terms that they wre completely obscured."

“Our review confirmed the Roman Catholic Church’s long history of silence, self-protection, and secrecy empowered by euphemism,” Troyer wrote. “In the past, the Colorado Dioceses have deployed elusive, opaque language to shroud reports and their knowledge of clergy child sex abuse.”

The report says the church “generally” stopped using such euphemisms in their reports 15-20 years ago – but also notes that is when some of the most-recent abuses occurred, at least among the ones that have been reported.

The report goes on to say that the review was "flush" with examples of the Colorado dioceses transferring abusers ahead of scandals that would generate reports and documentation.

"We found, in other words, a strong culture of reluctance to report serious crimes against children if doing so might harm the reputation of the Roman Catholic Church or the career of a fellow priest."

The report says the most-recent reported and record instance of abuse involved a Denver priest who abuse four children in 1998, though a Pueblo priest was reported for “child sexual misconduct” in 2011, the report says. It says there were only two incidents reported in dioceses files involving “grooming” children – but not abusing them – since 1998.

But Troyer strongly cautioned people on reading into those dates and lack of many reports since.

“This may suggest that the Colorado Dioceses have solved this problem; however, that would be a false and misleading conclusion. Concluding from this Report that clergy child sex abuse is ‘solved’ is inaccurate and will only lead to complacency, which will in turn put more children at risk of sexual abuse,” Troyer wrote.

“The accurate conclusion is that this threat to children will continue unless the flaws we identify in the Colorado Dioceses’ policies, practices, and systems intended to protect children are fixed and the recommendations in this Report are implemented.”

As to whether or not there were still abusers who were actively working as priests, Troyer wrote that there was no definitive way of knowing.

"The direct answer is only partially satisfying: we know of none, but we also know we cannot be positive there are none," he wrote.

Colorado Attorney General Phil Weiser discussed the report at a 10 a.m. news conference and said the report would be updated as more abuse allegations are reported by victims.

“It’s unimaginable. The most painful part for me is we have had stories told of victims coming forward and they weren’t supported. We can’t make up for that,” Weiser said. “What we can do is build a culture and I think this is where Troyer’s recommendations are powerful. Build a culture going forward — when people come forward and tell their stories, they are supported. The fact that in the past priests were allowed to continue after reports came forward — it’s appalling. Obviously, it’s a dark chapter.”

The report stated that child sex abuse victims of priests "currently and steadily continue to report their past abuse" and that "the report rate in 2019 is higher than it has been in 14 years." It says that some of the same problems also persist.

"The data aso shows that long delays between abuse and the reporting of that abuse are still the norm," the report says. "The Denver archdioceses and the Pueblo dioces have received more reports of past abuse in 2019 than they had collectively received in 5 prior years, and Colorado's dioceses collectively averaged four clergy abuse allegations per year even from 2017 to 2019," the report says. "But the abuse itself that has been so recently reported occurred in the 1960s and 1970s."

Weiser said at the news conference that he was hopeful that more victims would continue to come forward and again urged victims who wish to participate in a reparations program announced earlier this month to file claims.

“Our work here is not done,” he said. “We want to get other episodes that may have happened that were not surfaced to light so they can be included in an updated report.”

The report recommended a similar path forward, noting that there are still challenges for people coming forward and with the church's response systems.

"The Colorado Dioceses' practices are better than they were, but they must continue to evolve. This is not speculation on our part; we have recent examples of victims attempting to report clergy child sex abuse and receding back into the shadows when confronted with the flaws in the dioceses' response systems," Troyer wrote.

Denver Archbishop Samuel J. Aquila offered to meet with victims and outlined a list of commitments in a lengthy statement.

“Sexual abuse is a societal problem and there is no single answer or single action to eliminate all sexual abuse, but we will not rest in our efforts to protect children. We will use our resources and community partnerships to be a leader in this area, and we will strive to improve. For a full list of my promises to you, and for additional information about the report, please visit archden.org/promise,” Aquila said in the statement. “Please join me in praying for all survivors, their families, and our communities, and for our ongoing efforts to bring healing and reconciliation to the survivors of sexual abuse.”

The Survivors Network of those Abused by Priests Denver chapter said in a statement it believes there are more victims than the number uncovered in the report.

"Our hearts ache for each one of these victims and their families. We hope that this report will now compel legislators in Colorado to take steps to institute legislative reform that can help prevent future cases of abuse and support survivors, such as reforming the statute of limitations laws that often bar survivors from bringing claims forward and exposing abusers and their enablers. At the same time, we doubt that these numbers represent the full scope of abuse in the state, especially given the revelations that church officials only reported abusers less than 10 times since 1950," the organization said in a statement Wednesday

"Now that this report has been released, we hope that A.G. Weiser will leave his online reporting form open and continue to publicize it so that other victims, who may be compelled to come forward later, will have a place to turn and report their abuse. In Pennsylvania, 1,800 additional victims came forward following the release of A.G. Shapiro’s report. We suspect the same would be true in Colorado," the group added.

The report was released at 10 a.m. Wednesday. Denver7 will be going through it and updating this story as we go.