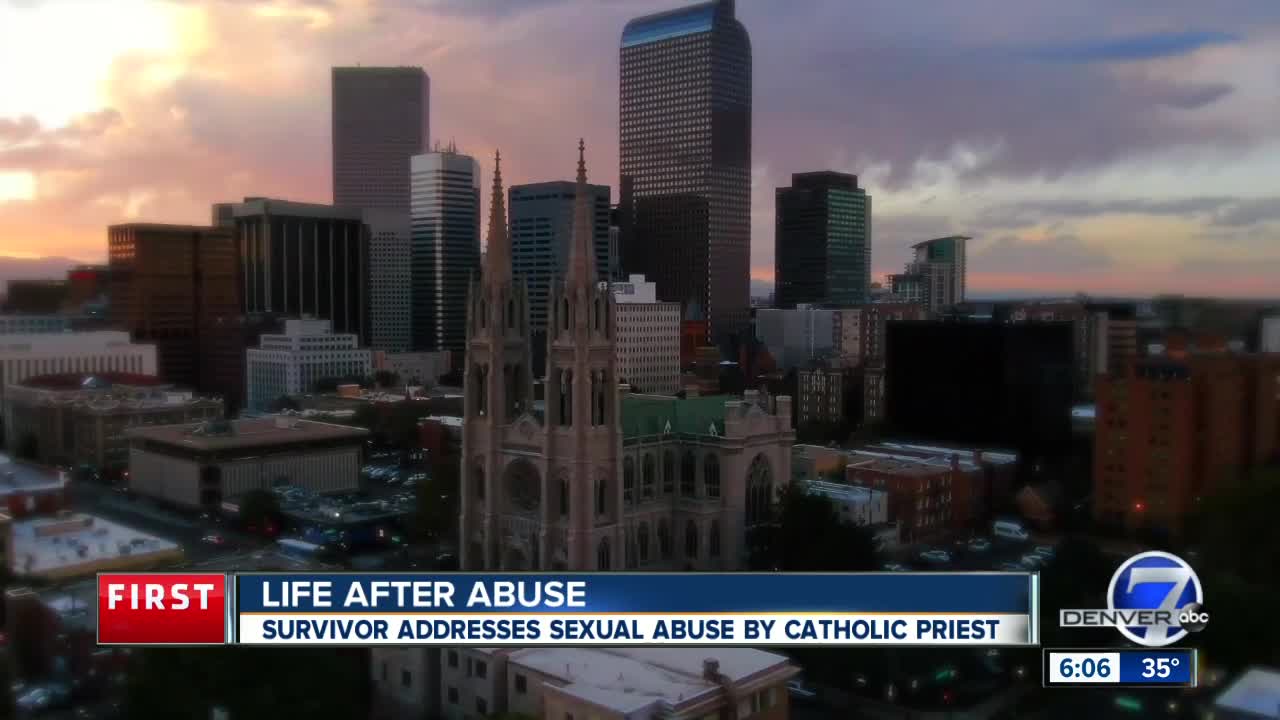 This 58-year-old decide to talk about his own trauma at the hands of a Catholic priest after seeing a Denver7 story in September.

So far, 65 people who live, or used to live, in Colorado have applied for reparations from the Catholic church through the independent compensation program, which was set up by the Colorado Attorney General’s Office. All of these people claim they were the victims of priest sexual abuse here in Colorado. Troy Gallegos may be the state’s 66th.

Gallegos, 58, said he was abused weekly for more than five years at the hands of a Denver diocese monsignor at St. Francis de Sales church. He said that abuse started with naked whippings when he was just 9 years old. By the time he was a young teen, he was being sexually assaulted on a weekly basis by the monsignor, he said. He left the church at 14 and said he abandoned any hope of a normal life after that.

Gallegos watched the attorney general’s Wednesday morning news conference with great interest and hope that he and many others can close the door on a nightmare that has followed them now for decades. Attorney General Phil Weiser went public Wednesday with his reaction to the results of a 7-month investigation into Catholic priest sexual abuse in Colorado over the last 70 years.

And when asked if this report and the church’s offer of compensation was too late for victims like him, his answer also reflected a great deal of hope.

After seeing the Contact7 Investigates story in September on the soon-to-be released report on abusive priests in Colorado, this 58-year-old decided it was time to talk about his own trauma at the hands of a Catholic priest.

“As far as the Catholic church goes, I have a bitter taste for them," he said. "As far as religion goes, I am a Christian man, but I do believe in God. God is my everything. But He is a very different God than the one they showed me in the Catholic church. I can’t even claim that as being a God. But at the time it was my God, because my mother put those people (the priests) in trust of me at such a young age and I thought I was doing the right thing, the honorable thing.”

During Weiser’s review of the Catholic priest sex abuse report, he spoke of a culture of reluctance among the victims of priest abuse. Troy’s reluctance to say anything was amplified by his mother’s prominent role in the church. At the time, she helped run Catholic Charities of Denver. Gallegos said the shame and embarrassment would have only made the young boy’s story less likely to be believed.

So, down the hole he went for the next 45 years.

“I just didn’t believe in myself any more,” Gallegos said. “I thought I was going to fail. Not acknowledged, not accepted. Everything that is not of life, I embedded inside myself and it took root in my life.”

That included addiction from a young age. His heavy use of marijuana, cocaine and methamphetamine lasted decades.

“It comforted me," he said. "And I continued that abuse for 40-plus years of my life.”

Gallegos said it led to the breakup of his marriage and the fear of building too close a relationship with his own children.

“I inflicted so much damage not only on my marriages, but also in my children," he said.

Gallegos is now finding light in that darkness. He said he's no longer seeking answers, but rather validation — something the attorney general's office can help with.

He said he just never thought it would be the state or the church that allowed his abuse to last for years.

“I might not be able to ask monsignor why he did this to me,” Gallegos said. “All I got to know is that I put light on it. And I’m able to talk about it and find healing in it.”

Gallegos said he has regained his faith, not in any church, but in God. He said these two things are separate.

But he said he still has a long way to full recovery.

“Maybe now I can have a family," he said. "Maybe I can be able to love again. You know, I don’t even know what’s it’s like to love. But I’m learning how.”

Gallegos shared his story with the attorney general’s office through its abuse hotline and has applied for compensation from the Catholic church. But he said the single greatest reward would be to see his story convince others to tell theirs.