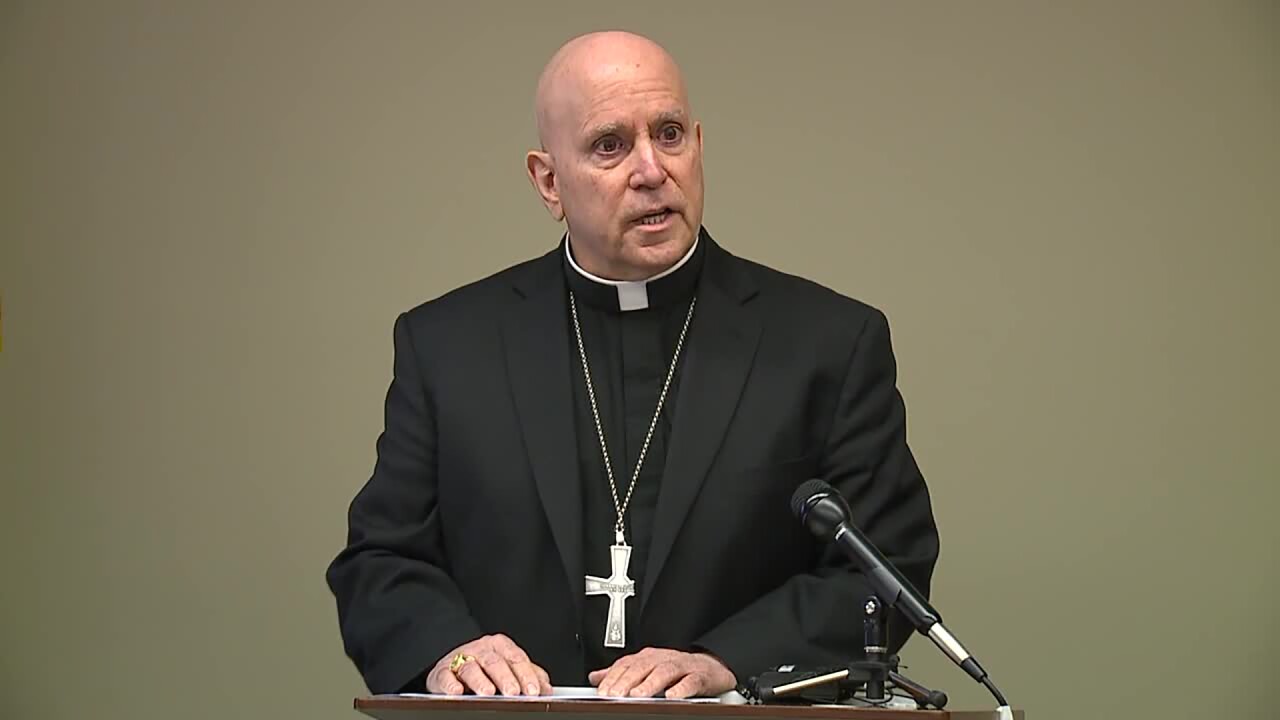 Copyright 2019 Scripps Media, Inc. All rights reserved. This material may not be published, broadcast, rewritten, or redistributed.
Colorado’s former U.S. attorney will lead an independent review of sexual abuse of minors in the three Colorado dioceses of the Catholic Church, and an independent compensation fund will be created for the victims of abuse, as part of a combined effort between the Colorado Attorney General’s Office and the church. 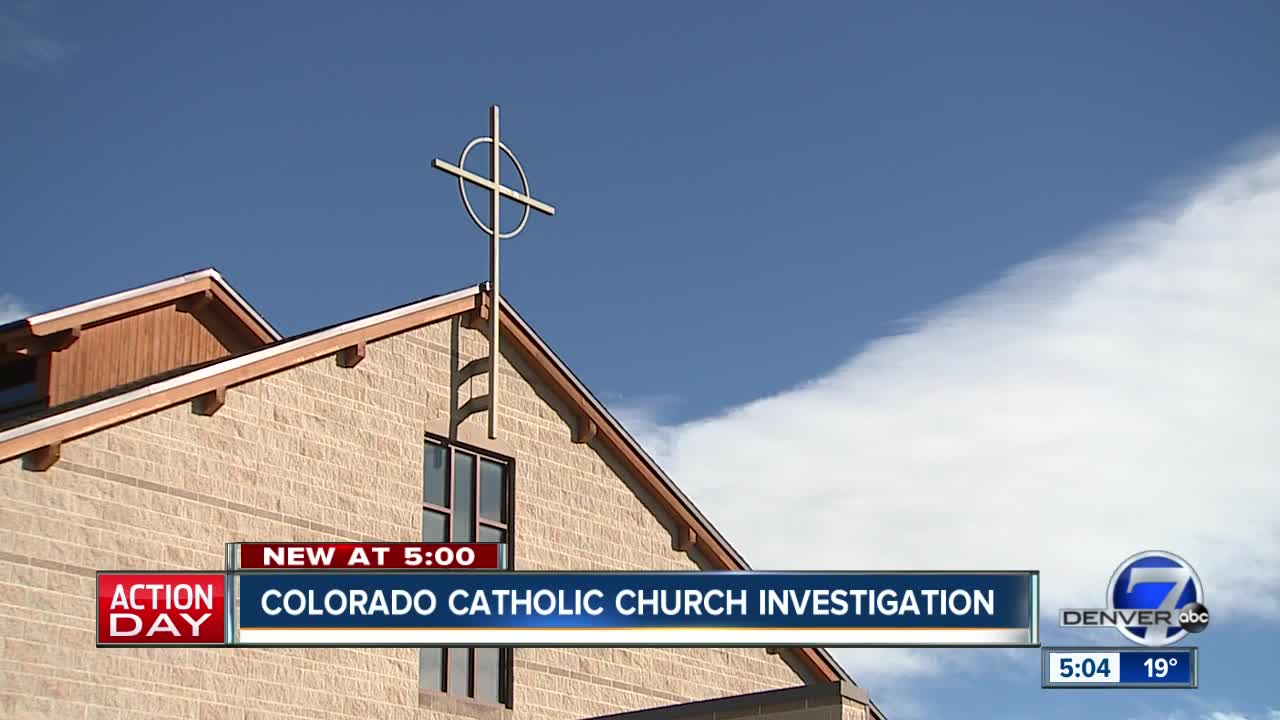 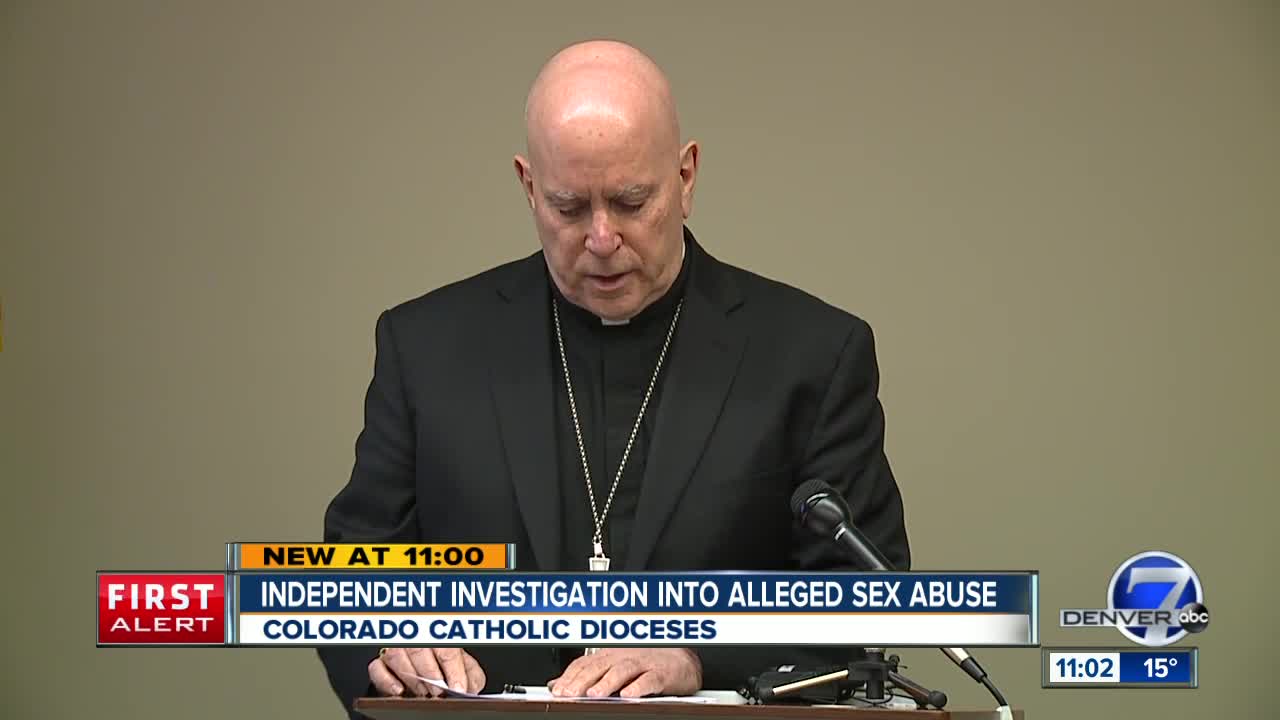 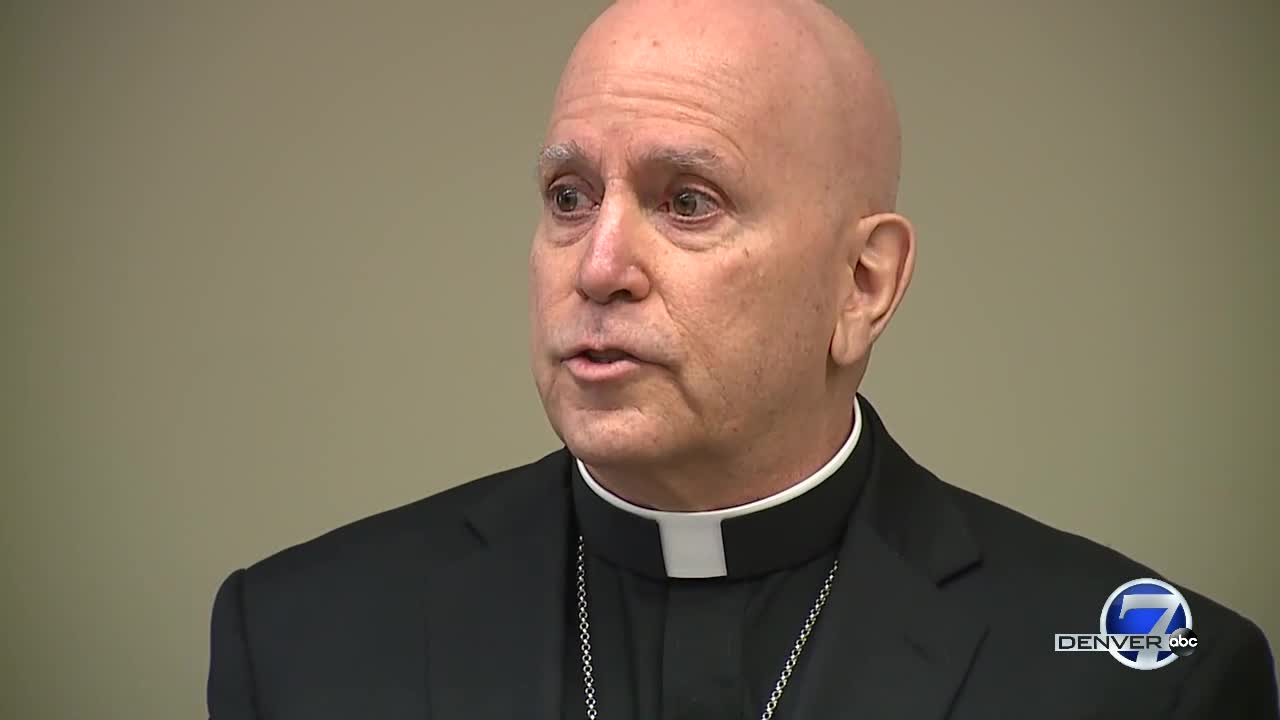 DENVER – Colorado’s former U.S. attorney will lead an independent review of sexual abuse of minors in the three Colorado dioceses of the Catholic Church, and an independent compensation fund will be created for the victims of abuse, as part of a combined effort between the Colorado Attorney General’s Office and the church.

A third-party review of sexual abuse of minors by priests in the dioceses of Denver, Colorado Springs and Pueblo will be conducted and led by former U.S. Attorney for Colorado Robert Troyer. Though the review will not be a criminal investigation, the attorney general’s office will give resources to local district attorneys to investigate any new criminal conduct uncovered.

Troyer will also prepare a full public report that is expected to be released by this fall, which will name the priests who have had substantiated allegations of abuse levied against them and detail the abuse and the time period in which it occurred.

The review will also show how the three dioceses responded to abuse allegations over time and look at their current policies and procedures to prevent and respond to abuse allegations. Weiser said that any lack of cooperation by anyone involved in the investigation would be “called out” in the report.

Half of Troyer’s review will be funded by the three dioceses and the other half will be paid for by a private group of donors picked by Weiser’s office.

In addition to the full review, the dioceses will be responsible for funding an independent reparations program in which two experts will review the cases of victims and determine financial awards. The awards could be paid out even if the statute of limitations in the cases have run.

Each victim deemed to be owed an award will have a choice of whether or not to accept the money, but the dioceses will be bound to pay for any award money a victim chooses to take. Victims will also be allowed to come forward even after Troyer’s report is complete.

The reparations program will be overseen by an independent committee chaired by former U.S. Sen. Hank Brown and will be paid out of the dioceses’ reserves.

In connection with the reparations program, there will be a separate support service for victims, where they will be able to talk with professionals about the reparations and speak with other survivors.

The review was initiated last fall after a grand jury report in Pennsylvania last August uncovered new claims of abuse within the church around the country.

“The sexual abuse of minors is a societal problem that demands attention and action. I am pleased the Church has recognized the need for transparency and reparations for victims,” Weiser said. “This independent review promises a full evaluation and inquiry. For any victims of sexual abuse, this will provide a recognition of past wrongdoing and offer an opportunity for healing.”

“The damage inflicted upon young people and their families by sexual abuse, especially when it’s committed by a trusted person like a priest, is profound,” Aquila said in a statement. “While this process will certainly include painful moments and cannot ever fully restore what was lost, we pray that it will at least begin the healing process. We also acknowledge that the bright light of transparency needs to shine on the Church’s history related to the sexual abuse of minors. With humility and repentance, we hope the programs announced today offer a path to healing for survivors and their families.”

The review started last fall under former Attorney General Cynthia Coffman, whom Weiser thanked at Tuesday’s press conference for working together for Colorado.

“It is my sincere hope that the independent review we announce today validates survivors of sexual abuse by priests and empowers them in their ongoing recovery,” Coffman said in a statement. “I am encouraged that the Catholic Dioceses of Colorado have voluntarily agreed to this review by an outside party that, hopefully, allows victims an opportunity to have some healing and helps the Church and its faithful move forward from a place of truth and vigilance.”

Weiser and Coffman thanked the dioceses for “coming to the table” regarding this process after the attorney general’s office heard from more victims following the release of the Pennsylvania grand jury report.

Coffman said the office consulted with other states and organizations about how to handle their own investigation into sexual abuse by Catholic priests, and both she and Weiser noted that they could not have brought such a case to a grand jury in Colorado.

She said that the church agreed to meet to discuss options, and that what emerged from those conversations and meetings turned into the effort unveiled on Tuesday.

“For that, I thank you,” Coffman told Aquila, thanking the church and its counsel for their involvement. But she then spoke directly to the victims of abuse.

“It is a recognition of sexual abuse by priests who live throughout our state – to [the victims], I want to say, we recognize your suffering and we validate your experience. Whether you have spoken about what happened to you, or you have kept it in your heart over the years … I encourage you to reach out for support … you needn’t suffer in silence,” Coffman added.

Aquila added that the “bright light of transparency needs to shine on the church’s history” and said that he and the other leaders would accept the results from the third-party investigations.

“We hope this announcement will motivate anyone who has been harmed to come forward,” he said. “We pray it will begin the healing process.”

Jeb Barrett, who leads the Colorado chapter of the Survivors Network of those Abused by Priests, who was himself abused as a minor, said he was pleased with the new plans announced Tuesday though he is still skeptical of the church.