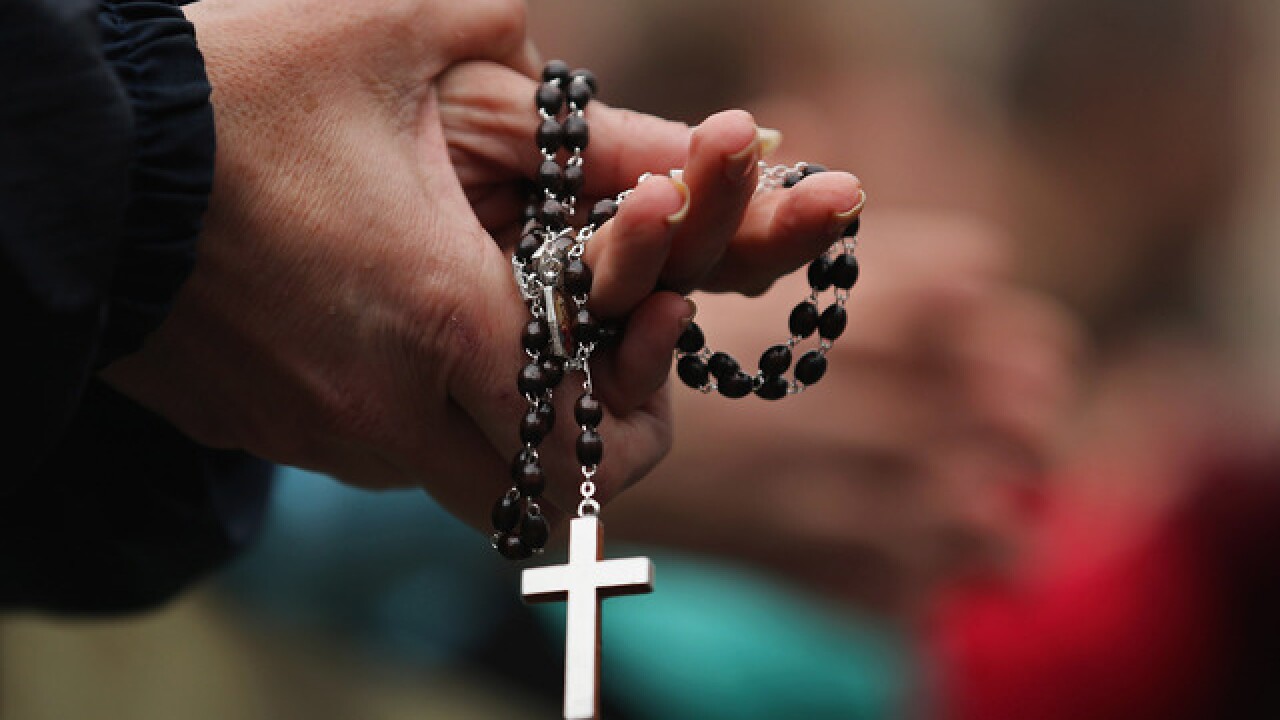 2013 Getty Images
Dan Kitwood
<p>VATICAN CITY, VATICAN - MARCH 13: A woman holds rosary beads while she prays and waits for smoke to emanate from the chimney on the roof of the Sistine Chapel which will indicate whether or not the College of Cardinals have elected a new Pope on March 13, 2013 in Vatican City, Vatican. Pope Benedict XVI's successor is being chosen by the College of Cardinals in Conclave in the Sistine Chapel. The 115 cardinal-electors, meeting in strict secrecy, will need to reach a two-thirds-plus-one vote majority to elect the 266th Pontiff. (Photo by Dan Kitwood/Getty Images)</p>

DENVER (AP) — A Catholic priest from Denver accused of sexually abusing an adult seminary student was temporarily placed in a parish after officials learned of the allegations over a decade ago but later removed.

In a statement, the archdiocese said former Denver Archbishop Charles Chaput, now archbishop of Philadelphia, immediately suspended Drotar from the seminary as officials investigated but assigned him to a church following a psychological evaluation. He was removed after Szutenbach testified before a church panel and Drotar was ordered not to present himself as a priest.

In his weekly letter to Philadelphia Catholics, Chaput says the archdiocese's policies were followed at all times in the case.