Writ of certiorari will be filed Wednesday, AG Weiser says 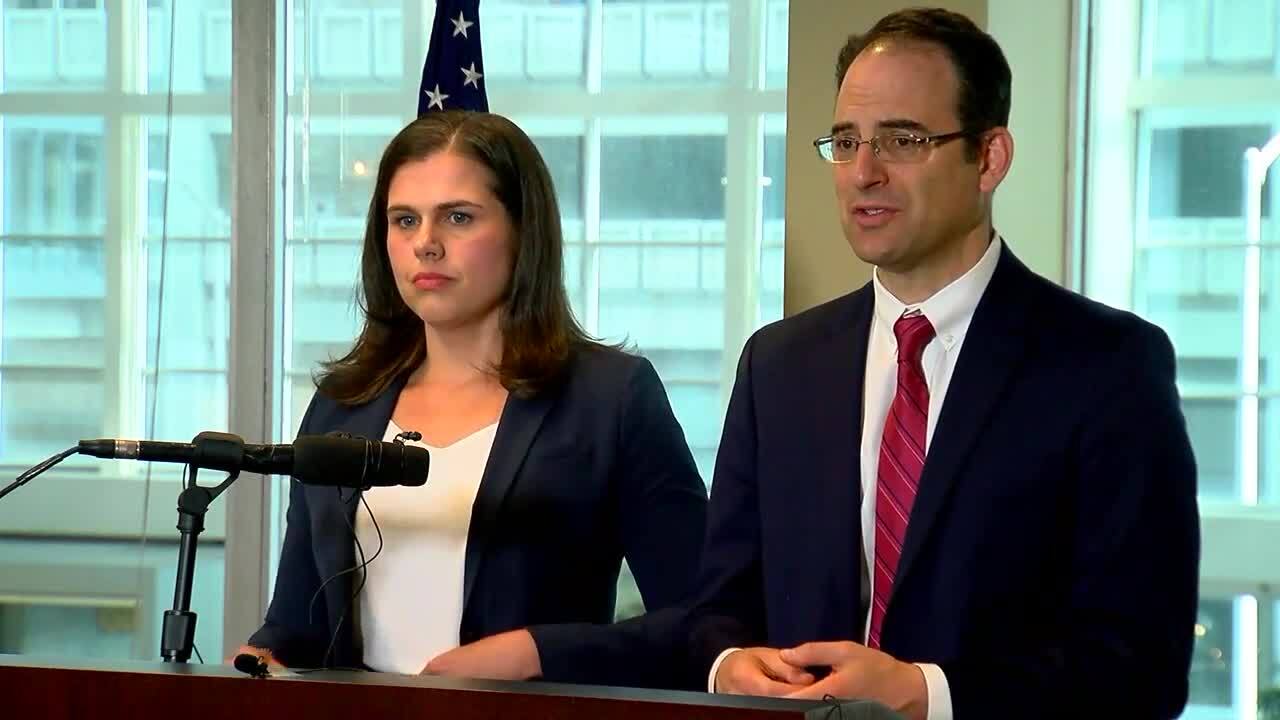 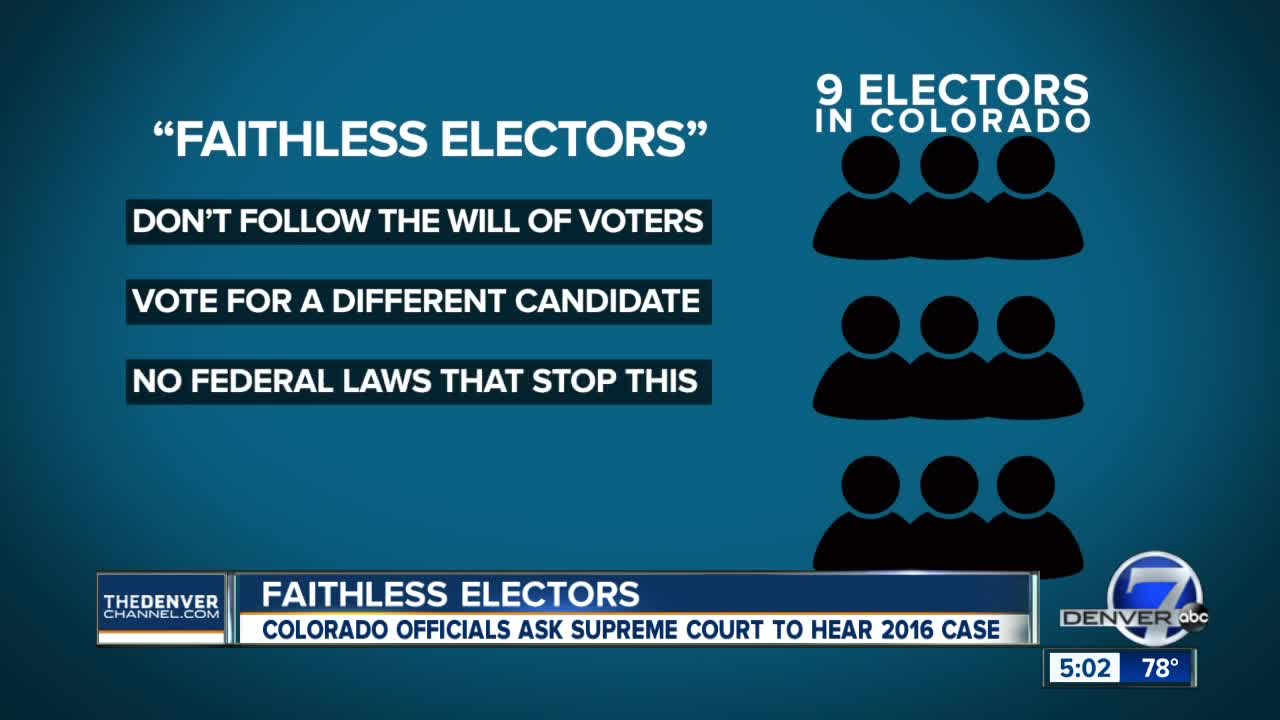 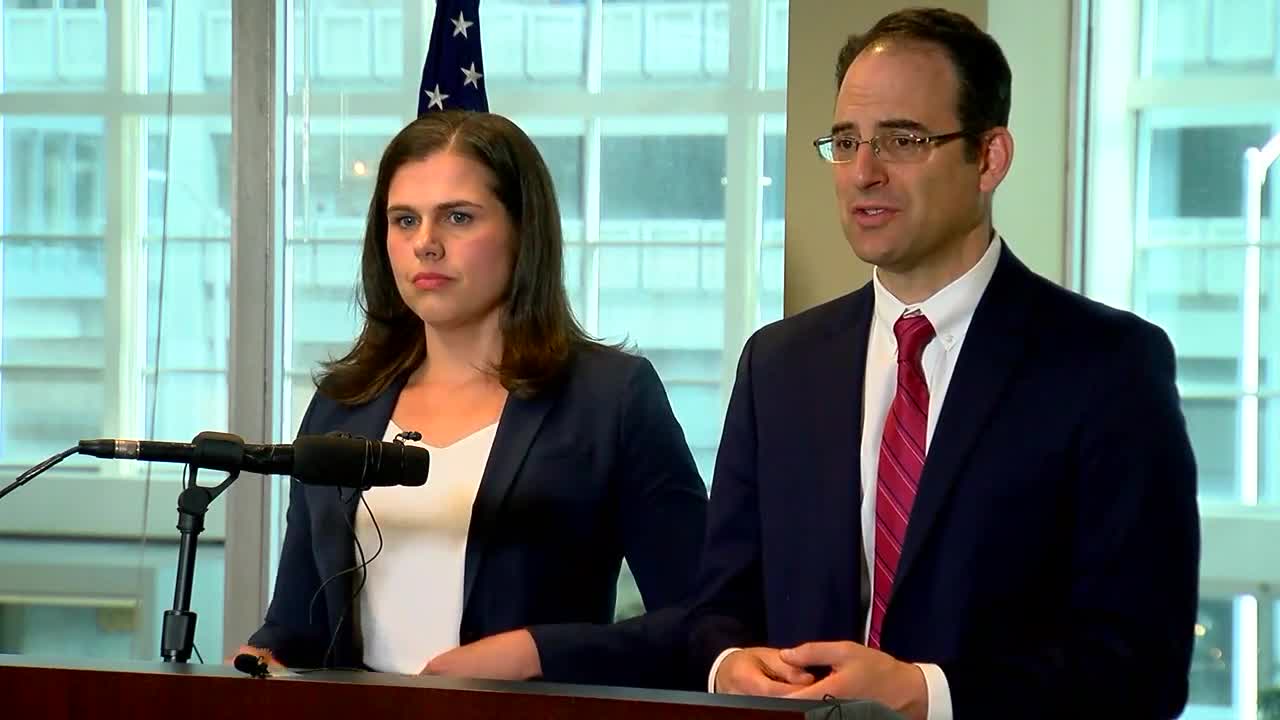 DENVER – Colorado will ask the U.S. Supreme Court to take up its “faithless electors” case after the 10th U.S. Circuit of Appeals ruled in August that Colorado’s presidential electors do not have to follow state rules and vote for the presidential candidate who receive the most votes in the state, the attorney general and secretary of state announced Wednesday.

Attorney General Phil Weiser and Secretary of State Jena Griswold said Weiser would file a writ of certiorari with the Supreme Court on Wednesday asking the court to take up the case this term in order to have a decision before the final months of the 2020 election.

Weiser said the writ of certiorari would be filed Wednesday and that the court would consider the filing at Friday meetings this month. Once the state receives word on whether the justices have decided to take the case or not, Weiser said arguments would be set for winter or spring of 2020 and a decision would be handed down by June 2020.

“What this case represents is a threat to a shared understanding of how our democracy works,” Weiser said at a news conference Wednesday.

“Even where an elector violates a state-required pledge to vote for the winners of the state popular election, there is nothing in the federal Constitution that allows the state to remove that elector or to nullify his votes,” Judge Carolyn Baldwin McHugh wrote in the majority opinion. “In the absence of such express authority, the states may not interfere with the electors’ exercise of discretion in voting for President and Vice President by removing the elector and nullifying his vote.”

After the decision, supporters of the three electors, including their Equal Citizens attorneys Lawrence Lessig, of Harvard Law, and Jason Harrow, as well as Denver-based Jason Wesoky, called the ruling a “landmark opinion” and said the case would likely head to the U.S. Supreme Court because it differs from a recent Washington Supreme Court decision.

"As a plaintiff we took the position that the 10th Court of Appeals agreed to, Pres Electors are Fed Function and the state cannot dictate how an Elector can vote nor punish them for a vote of conscience. If you find the EC is wrong then support the Popular Vote movement," Nemanich said in a tweet Wednesday afternoon.

Weiser and Griswold said Thursday that since both parties would like to see the case go to the Supreme Court, and since the Washington Supreme Court decision differs, they said they felt confident that the court would take up their appeal.

They said at a press conference Wednesday that they hoped the high court would overturn the circuit court’s decision in order to keep Americans’ and Coloradans’ faith in their votes and constitutional systems.

Weiser said that the state’s legal position would be that the Constitution gives states power to appoint electors, which also means it gives them the power to remove electors.

“The U.S. Constitution gives state legislatures the power to appoint electors, which includes the power to remove them for refusing to vote in the manner required by state law. This ruling threatens to take the solemn duty of electing the President and Vice President away from the people of Colorado and put it in the hands of a few unaccountable presidential electors,” Weiser said. “Our nation needs the U.S. Supreme Court to resolve this critical question about the foundation of our constitutional democracy before the 2020 election to avoid confusion.”

Jason Harrow, the chief counsel for Equal Citizens and who represents the Colorado faithless electors, agreed in an interview Wednesday afternoon that the case needed to be resolved by the Supreme Court before next year's election. He said Micheal Baca was "excited" that the case would continue and said the long-term goal would be to shine a light on Electoral College reform.

"We want a clear, firm ruling so that everybody knows the rules," Harrow said. "The worst thing from here would be for the Supreme Court either not to take the case or to take the case and issue a kind of intermediate ruling where no one really knows what the rules are."

He said he believed that the justices would have to rule that the constitution needed to be amended and another solution found.

"They have to go to their fellow states and continue implementing the national popular vote," Harrow. said.

Twenty-eight states have laws that bind electors to vote for whichever candidate wins the popular vote in that state. Griswold and Weiser explained that in other states that do not have such laws, electors generally follow the unspoken rules.

The two said they felt the issue should be bipartisan and said Williams supported Weiser taking the case to the Supreme Court.

“This goes to the core of what our nation needs,” Griswold said.

She said that if Colorado did not appeal, it would open the chance of emergency litigation throughout next year.

As for what might happen should the court uphold the 10th Circuit’s decision or decide not to take the case up at all, Griswold said the consequences “are yet to be seen.”

“We will cross that bridge once we get to it,” she said.