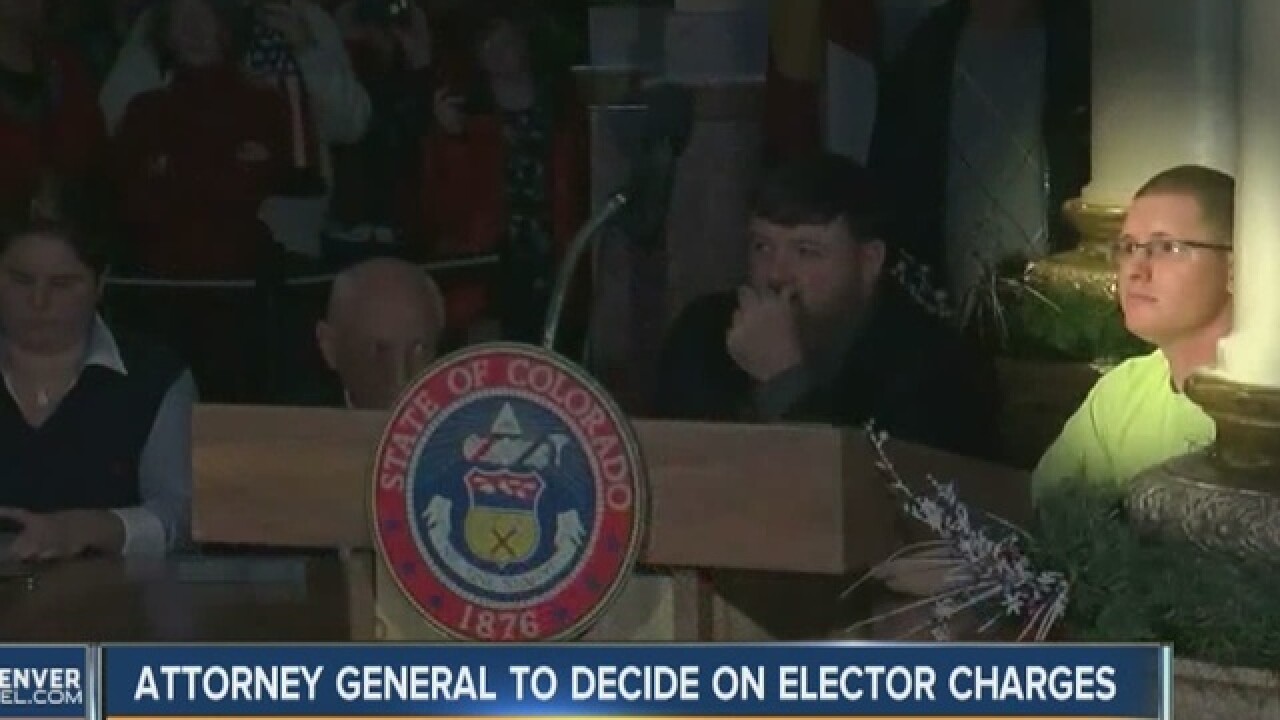 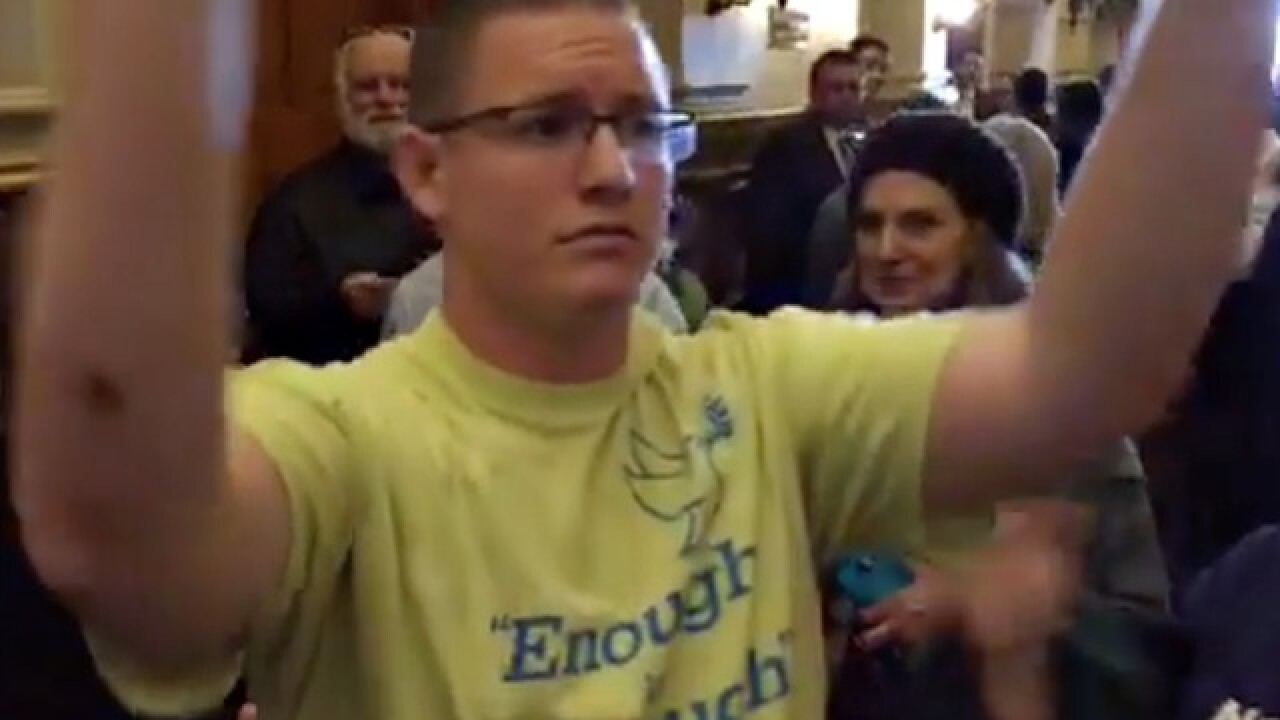 Baca was a Democratic elector for Colorado and was one of three so-called “Hamilton electors” from Colorado who had threatened to try and upend President Donald Trump’s victory by voting for another candidate on the electoral ballot.

But he was the only one who actually carried out his threat, when he wrote Ohio Gov. John Kasich’s name on his ballot. He was then removed as an elector per Colorado state law, which requires electors to vote for the candidate who won their state, and replaced by Celeste Landry of Boulder.

Due to the law, all of Colorado’s Democratic electors were required to vote for Clinton, who defeated Trump by 5 percentage points in Colorado.

Secretary of State Wayne Williams referred Baca's case to Attorney General Cynthia Coffman to decide whether he should face prosecution in late December of last year. He could have faced a misdemeanor charge resulting in a fine or possible jail time had he been prosecuted and convicted.

However, no “faithless elector” has ever been punished, according to the National Archive, and that won’t start this time, Coffman made clear Monday.

“My office has thoroughly investigated the circumstances surrounding this case,” she said. “While the faithless elector intentionally sought to disrupt the election process and override the will of Colorado’s voters, he ultimately was unsuccessful.”

“The decision not to prosecute wasn’t reached lightly, and I in no way condone the elector’s reckless conduct,” Coffman continued. “However, I am exercising my prosecutorial discretion so the individual cannot use our court system as a taxpayer-funded platform to capture more headlines and further flout the law.”

Coffman said in a statement that she has “offered” to work with Secretary of State Wayne Williams—a fellow Republican—“to evaluate options for strengthening Colorado’s election laws and procedures.”

“Some of the potential solutions may include providing for the automatic disqualification of an elector and the immediate substitution of an alternate elector by operation of law, and voting for alternate electors at the same time as electors,” Coffman said.

But Williams said he was “disappointed’ by Coffman’s decision, despite a promise to work with her and her office in the future.

"I am disappointed by the decision not to prosecute the faithless elector who flagrantly violated his oath immediately after taking it," Williams said. "While it is true that we worked successfully with the political parties and the courts to stop his attempt to steal the votes of 2.9 million Coloradans, the decision not to prosecute leaves Coloradans without an assurance that future electors won’t hijack the will of millions of Colorado voters.”

He said he looks forward to working with Coffman “to ensure enforcement in the future.”

“The AG in Colorado made the right call and did not press charges against me,” he said.

This reporter quote-tweeted his statement, and Baca replied: “Well, in light that I was illegally removed as an elector by the SOS I am proud of the AG for the conclusion I came to months ago.”

However, Coffman noted that Baca “ultimately was unsuccessful” because he was replaced, said her decision not to prosecute him “wasn’t reached lightly,” and that she “in no way condone[d]” his actions.

This reporter noted those things to Baca, to which he replied: “Reckless was the SOS illegally threatening Electors with prosecution. But either way I am happy to move forward after 8 months.”

A lawsuit that preceded Baca's action that day was fought up to the day electors cast their ballots, and cost Colorado taxpayers $40,000.