A look at the new laws kicking in starting on Jan. 1 in Colorado 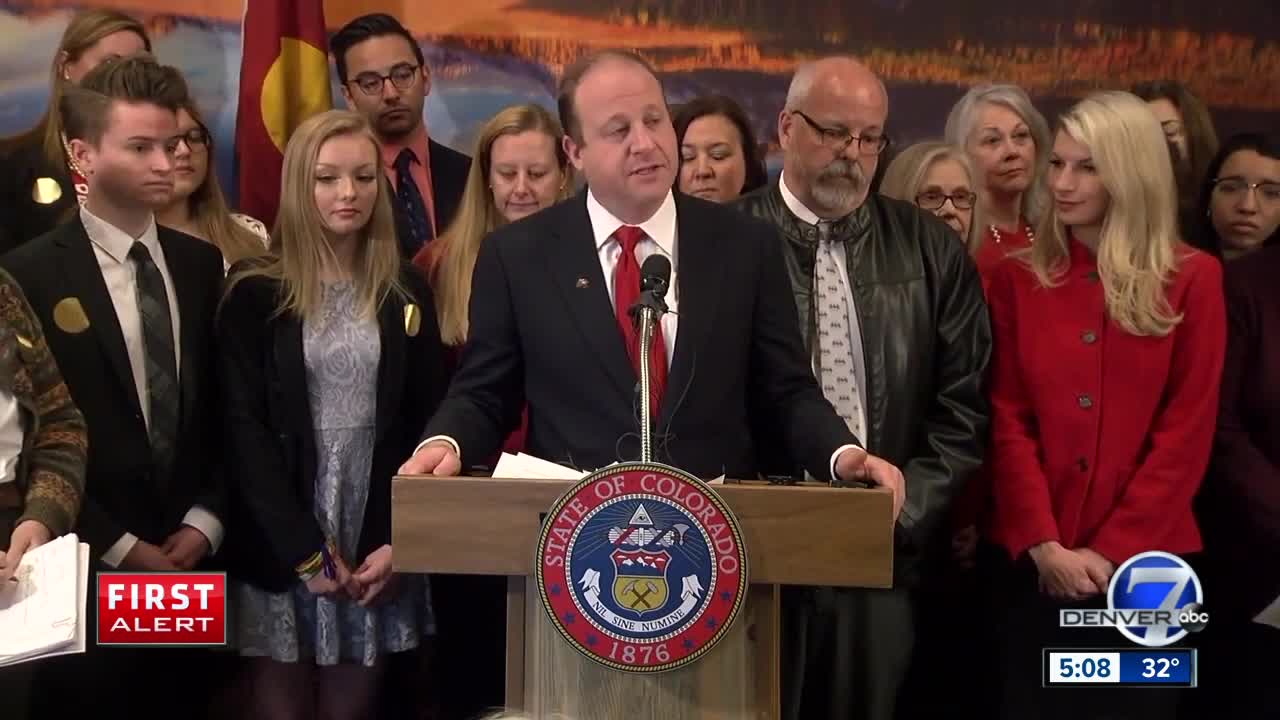 A new year not only means new beginnings but also the start of several new laws in Colorado. Here’s a rundown of the new laws going into effect starting Jan. 1.

DENVER — A new year not only means new beginnings but also the start of several new laws in Colorado. Here’s a rundown of the new laws going into effect starting Jan. 1.

This is by far one of the most controversial bills of the past legislative session. It allows a judge to temporarily take firearms away from someone who is considered to pose a risk to themselves or others.

The bill was supported by Douglas County Sheriff Tony Spurlock in the wake of the New Year’s Day death of Deputy Zack Parrish but opposed by numerous other sheriffs and counties.

Some counties and cities have gone so far as to declare themselves second amendment sanctuary cities, saying they will not enforce the new law. Meanwhile, the Rocky Mountain Gun Owners group, filed a lawsuit against the law.

This is a law that’s aimed to end surprise medical bills for patients by requiring providers to show more price transparency.

This law will cap the cost of insulin for people who are insured to $100 per 30-day supply. It also requires the state to investigate the pricing of insulin and submit a report to the legislature, governor and others. That investigation has already begun.

Almost 20,000 people in Colorado are diagnosed with diabetes each year, according to the law’s text, and insulin prices have risen 555 percent over the past 14 years.

The law applies to health care coverage plans issues or renewed on or after Jan. 1, 2020.

This law is also known as Jude’s law for the transgender teen who has spent years fighting for it at the Colorado state capitol.

This new law allows cities and counties to set their own minimum wage for employees.

By allowing cities and counties to do so, supporters say it will allow cities like Denver, where the cost of living is higher, to raise the minimum wage standards at a quicker rate than other places like the Eastern Plains, where things like housing are more affordable.

Denver has already announced its intentions to raise the minimum wage for employees to $15 an hour.

This bill changes the Food Protection Act to tighten the rules on restaurants and other food vendors.

It creates a new civil penalty process for establishments that are found to be in violation of the rules. It also changes the process that inspection results are communicated.

Beyond that, the new law says food establishments found to be in violation of four of five inspections in a 12-month period are subject to civil penalties and a suspension of their license.

This allows the state licensing authority to establish a license for creating marijuana hospitality establishments.

This law better clarifies the responsibilities of landlords and tenants when it comes to reporting and dealing with bed bugs. The tenants are required to promptly notify landlords when they suspect there are bed bugs present in the unit.

Landlords, in turn, are required to have someone inspect the unit within 96 hours and, if bed bugs are found, neighboring units must also be inspected. They are also responsible for the costs associated with eradicating the unit of the pests.

This law changes the requirements for plumbers to renew or reinstate their license.

Plumbers with a license that has been expired for more than two years must demonstrate their competency by providing a license in good standing from another state and proof that they are actively working or pass a plumbing exam.

This is a law that regulates car sharing programs by requiring higher insurance coverage. It also prohibits an insurer from refusing to cover a car only used for car sharing.

Beyond that, the law requires record keeping of the car shares as well as emergency numbers for roadside assistance to be provided in the vehicle.

In turn, that information will be shared with the claimant.

Some of these chemicals are believed to be contributing factors to the vaping related illnesses that have sickened some smokers.

Meanwhile, Colorado state parks are moving to a camping reservation system. Before campers put up their tents, they must register for a camping spot.