Drought conditions in Colorado currently among worst in U.S. 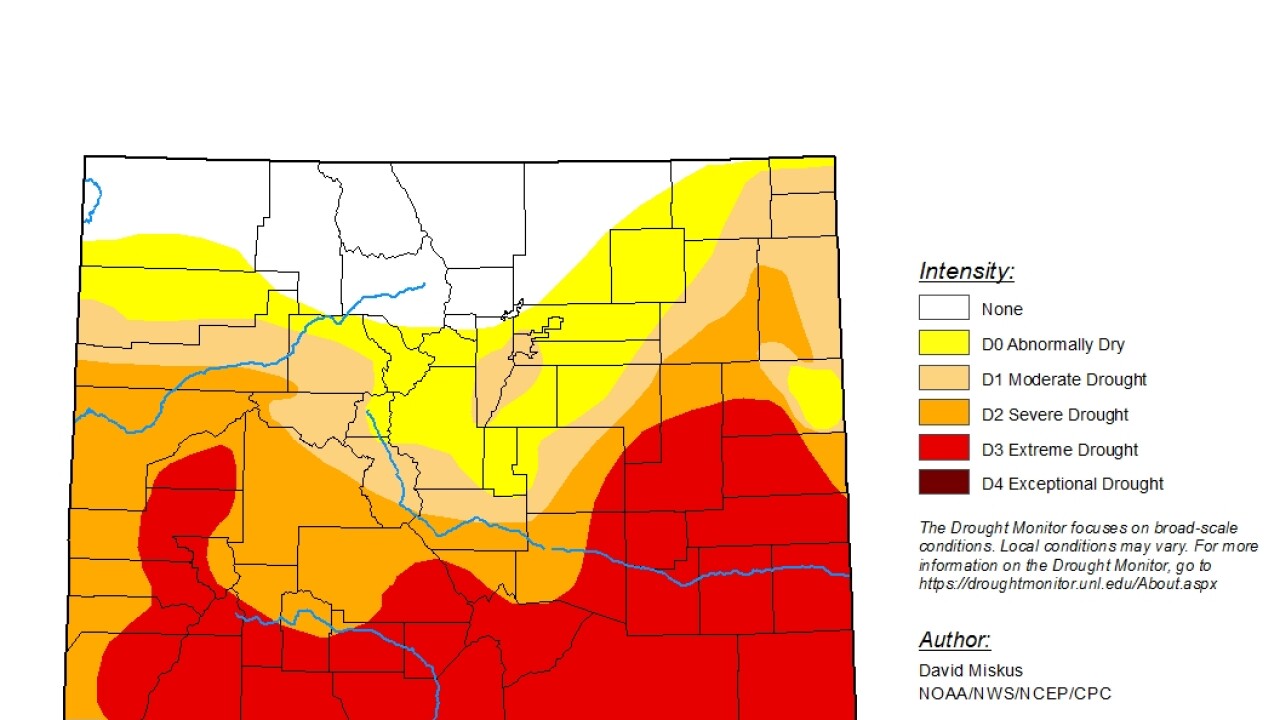 DENVER – Drought conditions in Colorado remained mostly unchanged week-over-week, though the sliver of exceptional drought seen in southeastern Colorado disappeared and moderate drought has crept in to the Denver metro area — making Colorado among the states seeing the worst drought this summer.

According to the U.S. Drought Monitor’s weekly update, moderate drought can now be found in most of Denver, southern Jefferson County, western Douglas County and far western Arapahoe County. Those areas had been under abnormally dry conditions previously.

Extreme drought persists across almost the entirety of southern Colorado, and drought conditions gradually improve the further north you head in the state. But only four of Colorado’s 64 counties (about 15.7% of the state’s land) are completely drought free as of July 9, according to the Drought Monitor.

A handful of wildfires started across the state this week, with hot temperatures, high winds, low relative humidity, and little rain in the forecast for this week and the next.

The Drought Monitor shows that Colorado currently has the most land mass experiencing extreme drought of anywhere in the U.S., though Utah, Nevada and Oregon are also experiencing widespread drought – just not as severe yet.

And as the New York Times reported this week, snowpack melted quickly this year with little spring snow and warm temperatures exacerbated the runoff. Climatologists and scientists with the USGS said they believe that conditions in the U.S. Southwest in recent years are comparable to a megadrought.

In late June, Gov. Jared Polis activated the state’s Drought Task Force and drought plan for 40 counties experiencing severe or extreme drought conditions. Most of the state is under either Stage 1 or Stage 2 fire restrictions.

Last year, there were 14 straight weeks of drought-free conditions in Colorado, a streak that ended in August. Colorado last activated the Drought Mitigation and Response Plan in May 2018.

The National Weather Service says fire danger will be high Friday through Sunday and will then increase over higher terrain early next week, when winds are expected to increase.