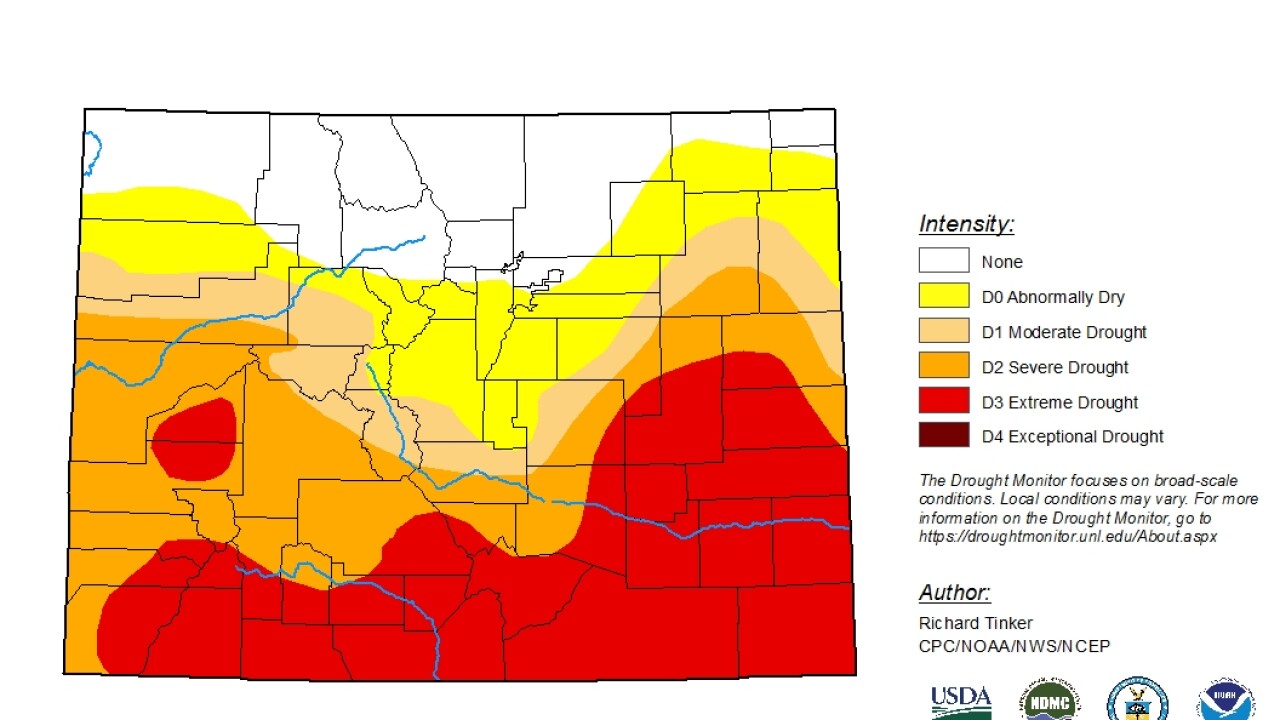 DENVER – Colorado Gov. Jared Polis on Monday activated the state’s Drought Task Force and the state’s drought plan for 40 counties that are experiencing severe or extreme drought conditions after a dry past few months.

The task force will have to measure what damage drought has caused in areas experiencing severe or extreme drought and recommend to counties how to mitigate the effects of the drought.

An Agricultural Impact Task Force will also be activated to assess physical and economic impacts of the drought, the Colorado Water Conservation Board said. Polis’ request task force chairpersons and members will be provided by the Colorado Water Center at CSU.

But the governor and the CWCB said that they will continue to monitor drought conditions in the other parts of the state. As of last Thursday, just 18% of Colorado was drought-free, according to the U.S. Drought Monitor. All of the portions of the state that were drought-free last week were in the northern part of the state.

Drought has gradually crept back into Colorado over the past year. Last year, there were 14 straight weeks of drought-free conditions in Colorado, a streak that ended in August.

The NRCS also presented a snow survey and water supply forecast Tuesday showing that while snowpack peaked over the median this year, precipitation in the mountains was below average April-May. Reservoir storage remains average, but is far below normal in the Rio Grande Basin and is below normal in southern Colorado. Streamflows have also dropped sharply in the northern mountains because of a dry fall and spring, NRCS said.

Colorado last activated the Drought Mitigation and Response Plan in May 2018. At the meeting Tuesday, the Colorado Climate Center showed a presentation showing Colorado had its 8th-driest April on record and its 18th driest May since 1895. The presentation also showed above-average temperatures for much of the state in May and June.

The upcoming seasonal outlook for the next three months from NOAA also shows above-average temperatures and likely below-average rainfall for most of Colorado.

The presentation said that the monsoon season could begin in early July for the Southwest but there is much uncertainty about the effects it could have in Colorado this year, saying the monsoon could be stronger in southern Arizona and New Mexico but not extend as far north.

It also said that conditions in June over the eastern plains are “consistent with flash drought” and that “[r]ecovery before the end of the water year is very unlikely for southeast and southwest CO.” The water year begins on Oct. 1 of each year.