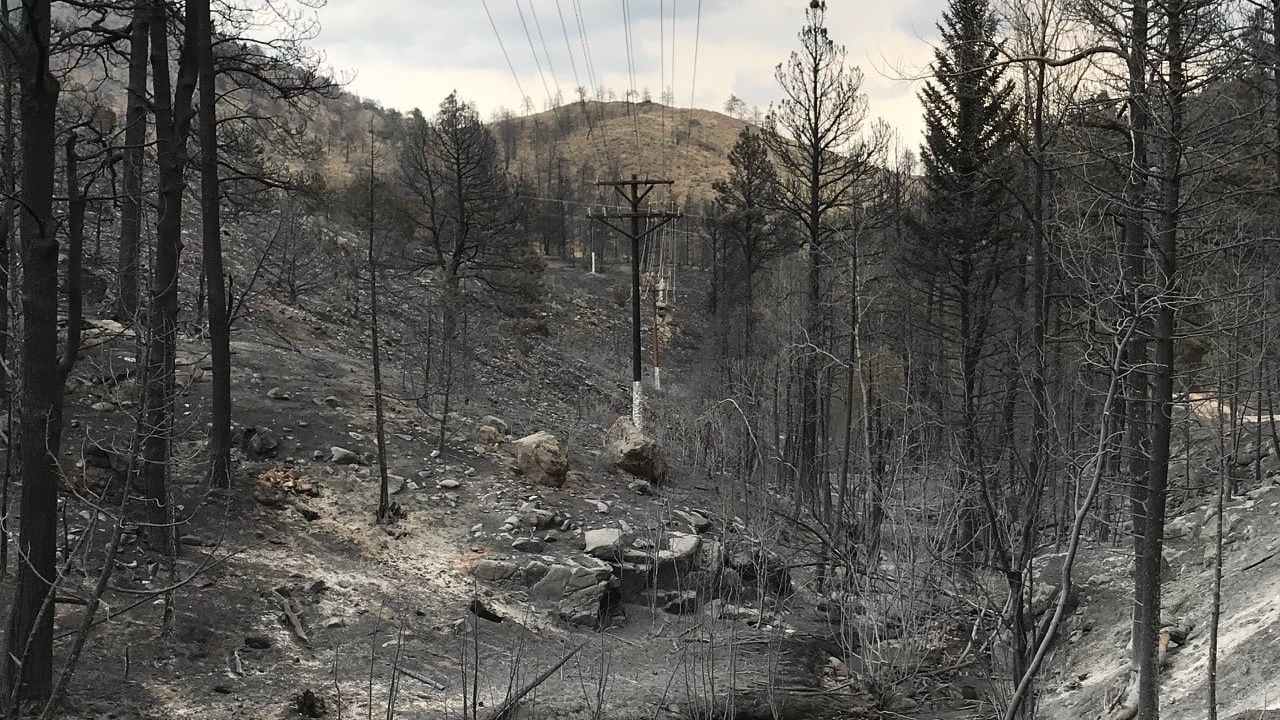 The Larimer County Sheriff’s Office said Tuesday evening that a total of 41 structures were damaged late last week when the Cameron Peak Fire again intensified – bringing the total number of structures damaged by the fire to 95 as of Tuesday evening.

The updated number came Tuesday after the Larimer County Damage Assessment Team (DAT) finished its assessments with property owners. The new information on Tuesday included four more structures that had not been identified as of Monday night.

The DAT said that the damage in the latest burst by the fire is as follows:

None of the residential structures are primary residences, however, the sheriff’s office said.

According to a Facebook post from the Shambhala Mountain Center, the fire reached their property Saturday. The center reported a few buildings burned, but many remained intact. The center set up a relief fund that has raised more than $50,000 as of Tuesday evening.

The new property damage comes on top of 54 structures found to have been damaged or destroyed by the Cameron Peak Fire as of Sept. 12, which included 25 residential structures and 29 outbuildings.

The fire – now the third-largest in Colorado history – was 125,006 acres in size as of Tuesday morning and was about two miles southwest of Red Feather Lakes, according to the Northwest Incident Management Team 6. Containment grew to 22% as of Tuesday evening.

The fire is the third-largest in Colorado history. It has surpassed the High Park Fire that damaged hundreds of homes and killed one person in 2012 just east of where the Cameron Peak Fire is currently burning.

The fire ignited on Aug. 13 in the Arapaho and Roosevelt National Forests near Cameron Pass and Chambers Lake. Its cause is under investigation.