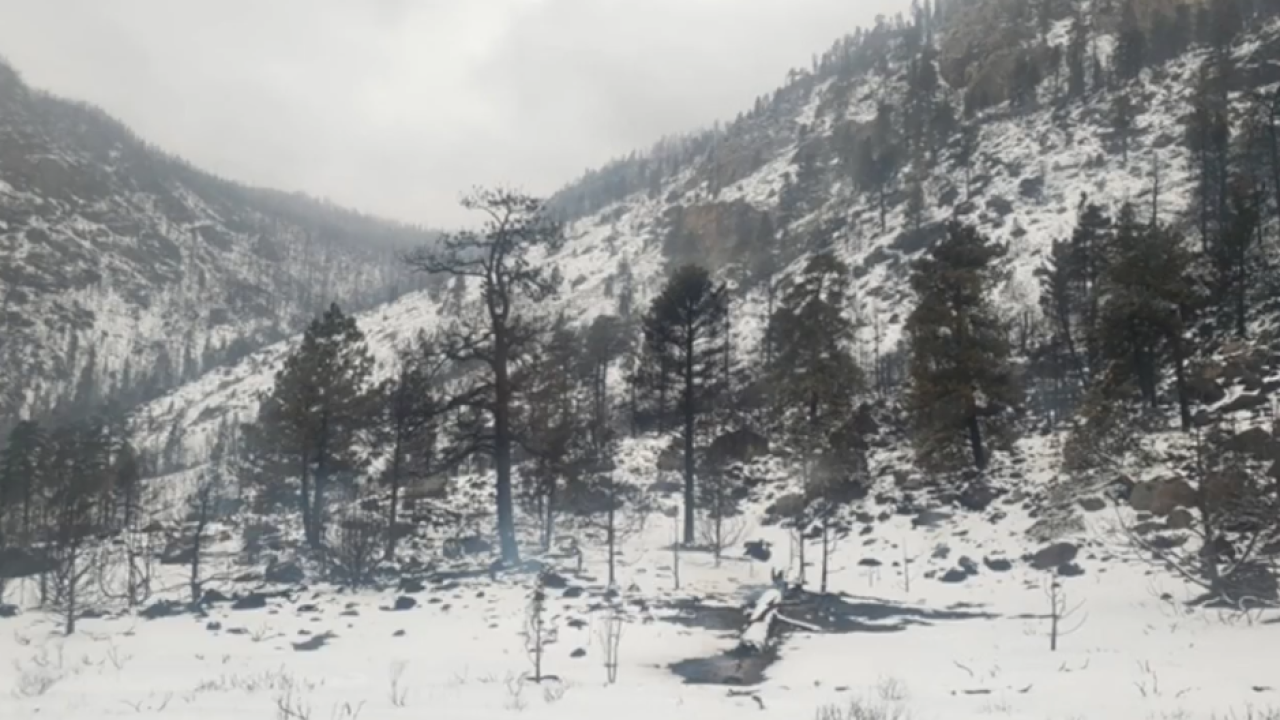 LARIMER COUNTY, Colo. — The Cameron Peak Fire has stayed relatively calm with this week's snow and cooler temperatures, which allowed crews to assess the damage to Highway 14 and the Monument Gulch area on Thursday and Friday.

Because weather conditions have been favorable for firefighting for much of this week, firefighters were able to mop up some areas of heat along roadways, while also reinforcing and constructing fire lines.

The cold and damp conditions this week were ideal for containment efforts, however it came with its own set of challenges, including slopes that are now slippery and snow-covered.

Many roads around the fire are not passable due to downed trees and powerlines, and rockslides, the incident management team reported. Some roads were also icy. Firefighters and agency partners are working to clear the roads so utility and assessment crews can access the areas.

As conditions better and areas become more accessible, firefighters will enter the new terrain to continue mopping up hot areas and establishing containment lines. They will also strengthen protection measures around homes and other values that are at risk.

Light snow will continue to fall over the fire on Friday before skies will clear. Less than half an inch of accumulation is expected, fire officials said. Friday is a windy day, with strong gusts from the west up to 40 mph.

Lighter winds will move in Saturday, with sunny skies and warming temperatures expected through the weekend.

On Sunday, Rocky Mountain National Park implemented closures on Trail Ridge Road at Rainbow Curve on the east side and Colorado River Trailhead on the west side. The park has kept these closures in place due to drifted snow and ice. The reopening date is unknown as of Friday at noon. The closure is for all drivers, cyclists and pedestrians. Click here for more details on the RMNP closures.

About 11 miles of the park has burned, according to Denver7's news partners at The Denver Post.

A statewide open fire ban is in effect for the through Oct. 7.

The fire is now the fourth-largest in Colorado history – surpassing the High Park Fire that damaged hundreds of homes and killed one person in 2012 just east of where the Cameron Peak Fire is currently burning.