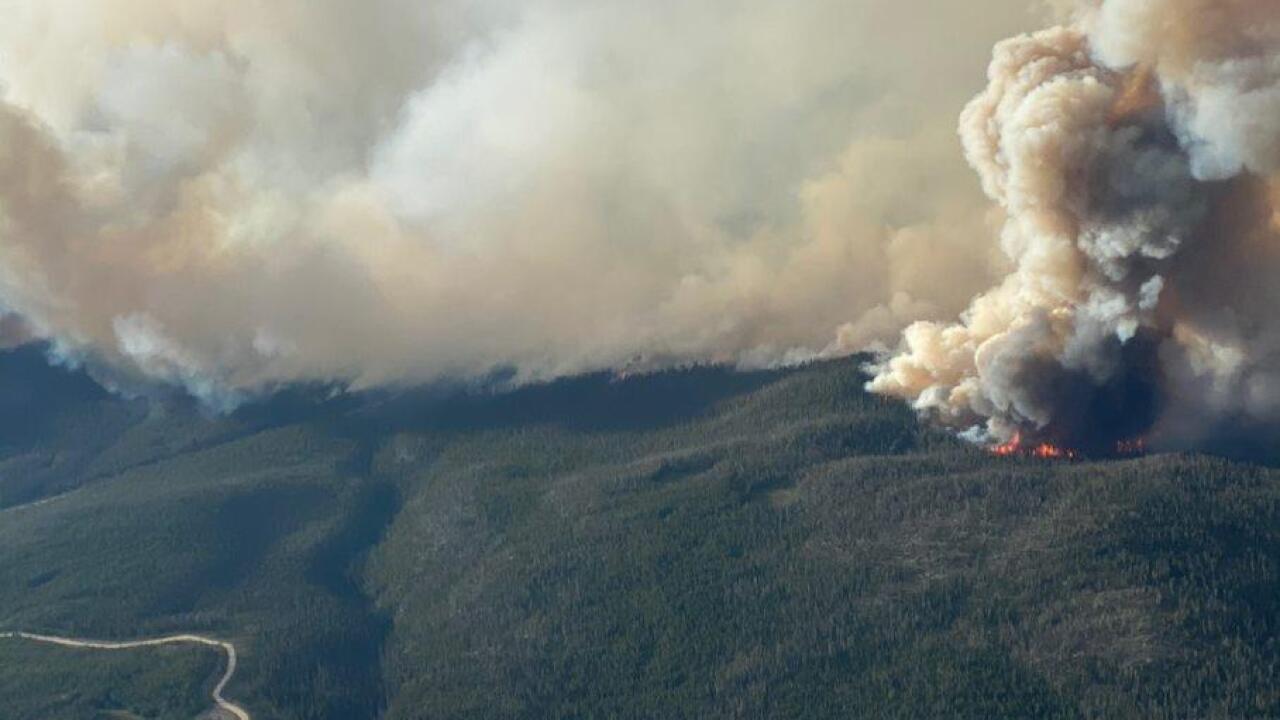 LARIMER COUNTY, Colo. — Crews on the Cameron Peak Fire on Thursday were planning to do damage assessment as the fire stayed steady at 102,596 acres burned and 4% contained.

Fire activity was expected to be low due to the weather conditions Thursday. About 1,200 crewmembers are working the fire, up from about 300 a few days ago.

While the fire exploded in growth over the weekend, the change in weather brought as much as 14 inches of snow to the area on Tuesday.

The precipitation and colder weather gave crews a chance to take a more direct attack in fighting the fire, though wet snow made travel on the roads difficult Tuesday. The snow forced some areas of the fire to not hold as much heat, but more dense fuel areas are still holding heat, officials said.

Crews will be working Thursday to construct a control line, mop up around properties and continue protection efforts along Highway 14, Pingree Park Road and Buckhorn Road.

Mandatory and voluntary evacuations are still in place near the fire. Go here for a full list of the evacuation areas, along with road closures.

On Thursday morning, outbreak data from the Colorado Department of Public Health and Environment showed that 14 firefighters at the Cameron Peak Fire have tested positive for COVID-19.

The fire is now the fourth-largest in Colorado history – surpassing the High Park Fire that damaged hundreds of homes and killed one person in 2012 just east of where the Cameron Peak Fire is currently burning.

The state's 10 largest wildfires in history, ranked by acreage, are:

(Note: The 2013 West Fork Complex is not included on this list because it was a series of different fires close to one another.)