Sen. Fields: "We heard your cry and the people of Colorado did not look away.” 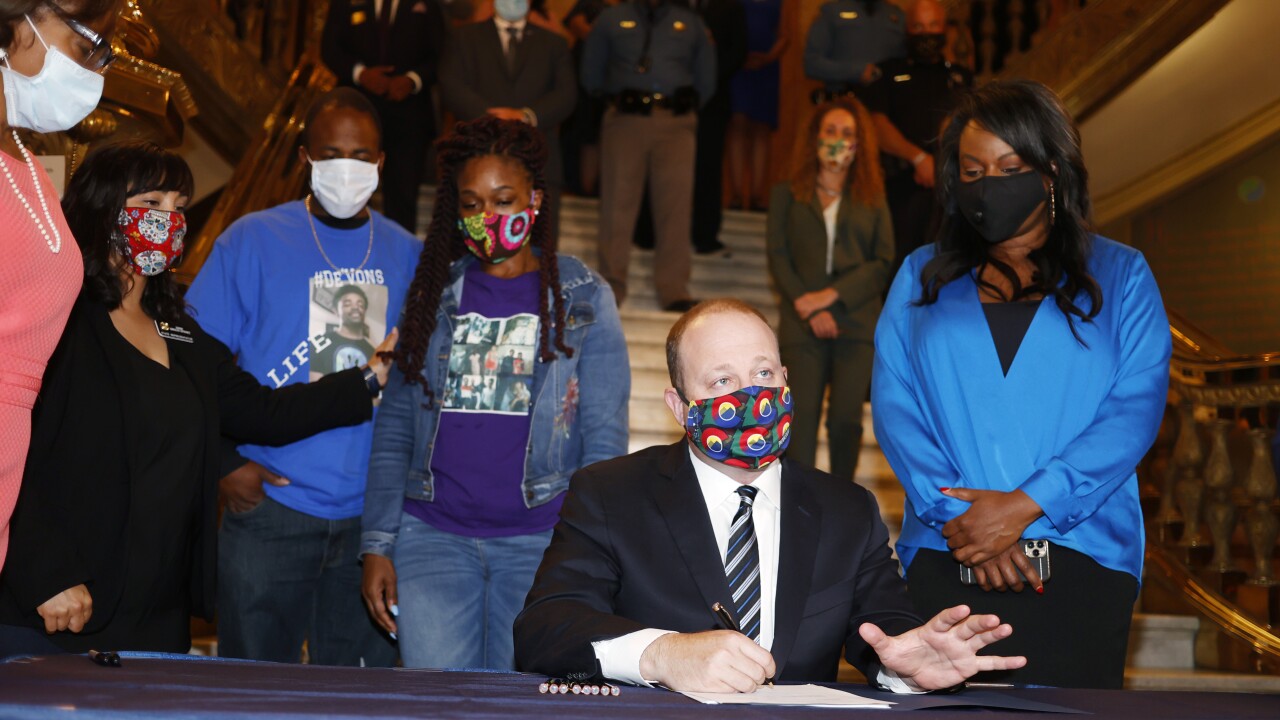 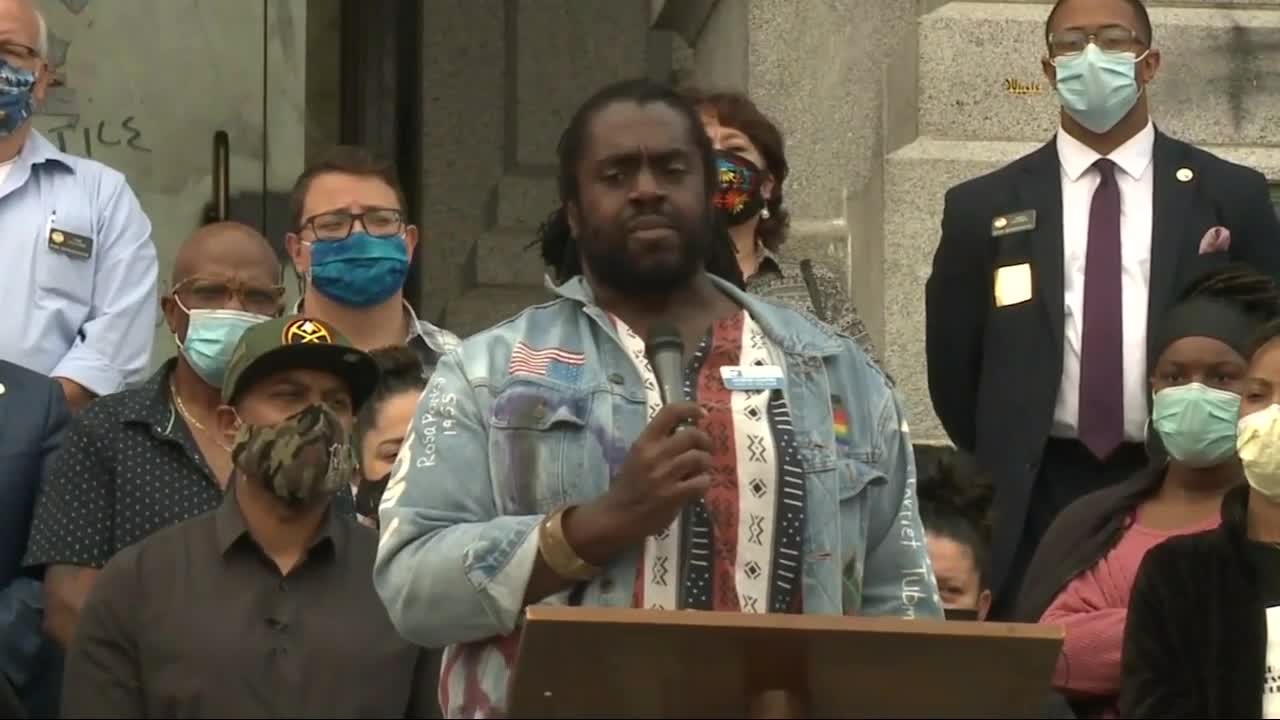 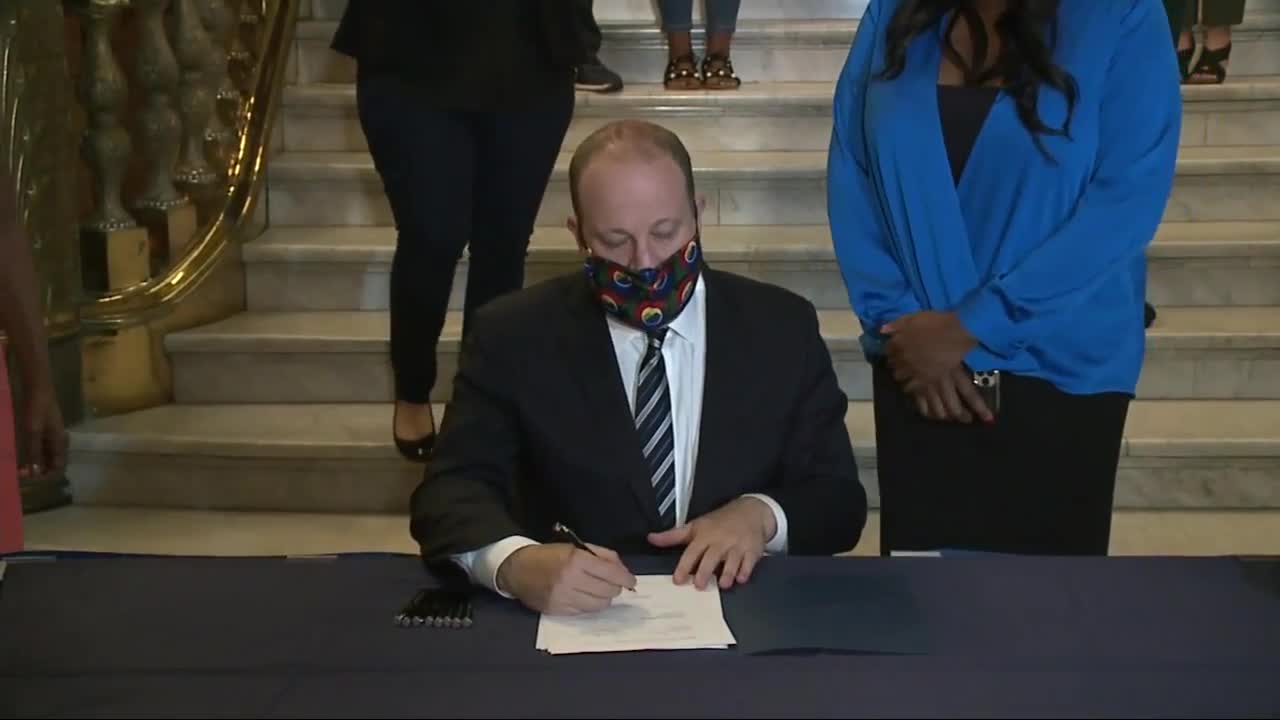 DENVER – After weeks of massive demonstrations in Colorado following the death of George Floyd and several other Black Coloradans, and 16 days after the measure was first introduced in the legislature, Colorado became the first state in the nation since the demonstrations began to pass a sweeping police reform and accountability measure into law Friday when the governor signed Senate Bill 217.

Gov. Jared Polis signed the bill surrounded by the bill’s sponsors – Sens. Leroy Garcia and Rhonda Fields, and Reps. Leslie Herod and Serena Gonzales-Gutierrez – as well as the family of De’Von Bailey, law enforcement officers and community activists at the Capitol on Juneteenth – the anniversary of the day that word reached Texas in 1865 that slaves had been freed two years earlier by the Emancipation Proclamation.

“By facing the cold hard truth about the unequal treatment of Black Americans and communities of color, we can and we will create real change that will materially improve the lives of countless Americans of this generation and future generations,” Polis said before signing the bill. “And we can bend the moral arc of the universe toward justice.”

Lawmakers moved quickly to pass what they regard as the most important bill of the legislative session after they returned to work following a pause due to the novel coronavirus outbreak right after George Floyd was killed in Minneapolis.

The bill eventually drew wide bipartisan support in both the House and Senate, and even drew support from Colorado law enforcement organizations.

But it includes sweeping changes sought for years by many lawmakers of color. It bans the fleeing felon rule, bans carotid and choke holds, gets rid of qualified immunity for officers who acted unlawfully, requires law enforcement agencies put new use-of-force rules in effect by Sept. 1, requires all officers that interact with the public wear body or dash cameras by 2023, requires body camera video to be released within 45 days in excessive force cases, includes changes to reporting for grand juries and district attorneys, a duty for officers to intervene if another is using excessive force, and more.

Polis and the lawmakers credited the protests in Denver and around the state for the bill becoming law in such quick fashion.

“To our allies, our partners, our protesters – to the citizens of Colorado who came out here and protested, I want you to know that we heard your cry and the people of Colorado did not look away,” said bill sponsor Sen. Rhonda Fields, D-Aurora, whose son was murdered in 2005.

Bailey’s family was present for the bill’s signing, and Herod discussed how she brought forth the “fleeing felon” portion of the bill after his shooting death at the hands of officers in Colorado Springs. She said that the “fleeing felon” law had “vestiges in slavery and Jim Crow.”

But the bill’s sponsors also made clear that their work on issues surrounding a lack of trust by communities in police officers was just beginning.

“We are talking about generations of pain and suffering,” said sponsor Rep. Serena Gonzales-Gutierrez. “As you heard, this is not the end. This is one small step, and there is a tremendous amount of work ahead of us. Which I know not only myself, but my colleagues from the Latino and Black caucuses are committed to continuing this work. And know that other members are just as committed, because they’ve proven that through this entire process.”

“We are not done. This bill does not end the work,” Herod added.

She noted, as did Polis, that the bill was led by people of color. She said that the bill wouldn’t have passed had it not been for the Black and Latino caucuses inside the Capitol along with the protests, and thanked Garcia, whose truck was vandalized and smashed on the first night of Denver’s protests, for “being the first to stand up and say Black Lives Matter.”

Following the bill signing ceremony, several family members of people of color killed by Colorado police, along with people who have long advocated for such reforms, spoke out in support of the bill’s passage, but similarly said the work was not done.

Greg Bailey, who is De’Von Bailey’s father, said that the bill “came a little too late” for his son – a sentiment echoed by some of the other speakers who lost family members to police violence.

“How should I feel?” he asked. “It had to take something happening to another Black man in another state for anything to happen in Colorado.”

The family of Michael Marshall expressed similar sentiments. His niece, Natalia Marshall, said she believes if the officers involved in her uncle’s death had been held accountable, there would be “no Elijah, no De’Von,” in reference to Bailey’s death and the death of Elijah McClain at the hands of Aurora officers.

Herod pointed out the Juneteenth flag flying over the Capitol – the first time the flag has been flown there, she said.

“It’s a reminder of the work left to be done. This is one step in the right direction, but there are so many steps left to go,” she said. “Tell us what we need to do. Reach out.”

And Fields said that the people of Colorado should know the difference they made in turning cries for change into changes in law.

“Together, I just want the people of Colorado to know that we heard your cry. And because of your cry, we’ve made a huge difference as it relates to enhancing transparency, integrity and accountability in law enforcement,” she said. “So never ever underestimate your power as a citizen. Use your voice. Elevate your voice. We heard you, and we got real results.”