"You cannot hack a piece of paper," Secretary Griswold says 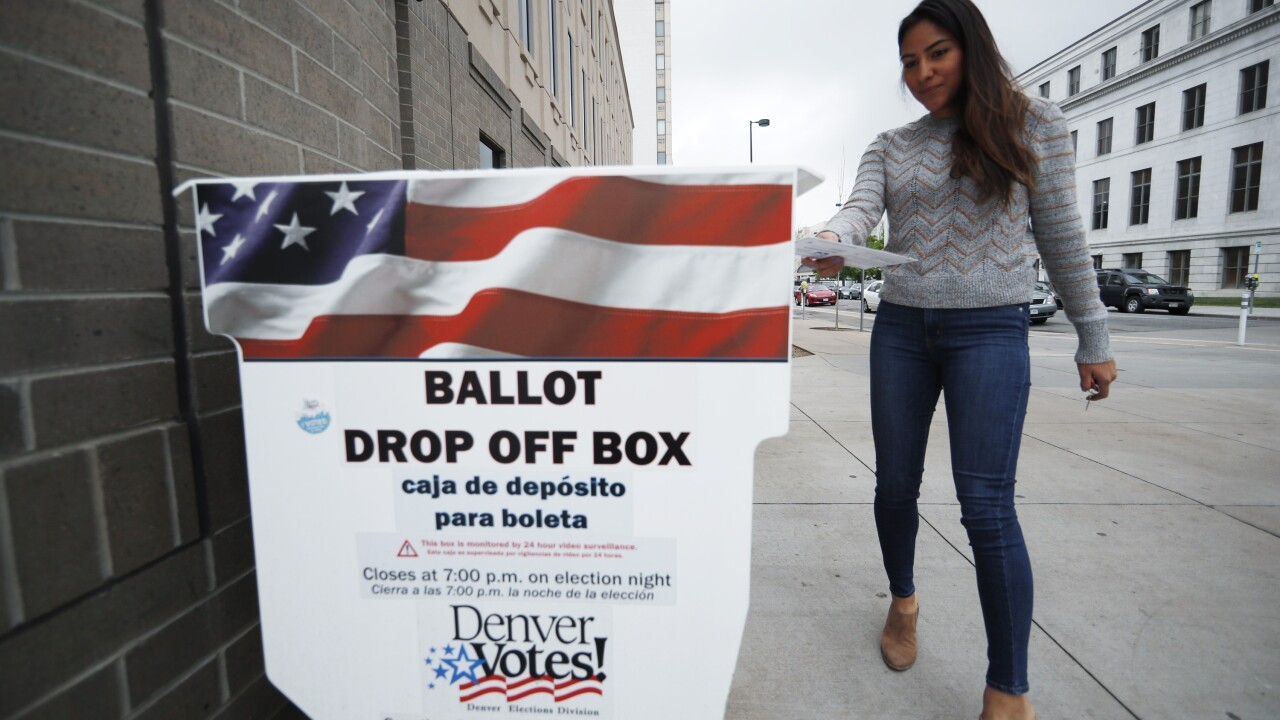 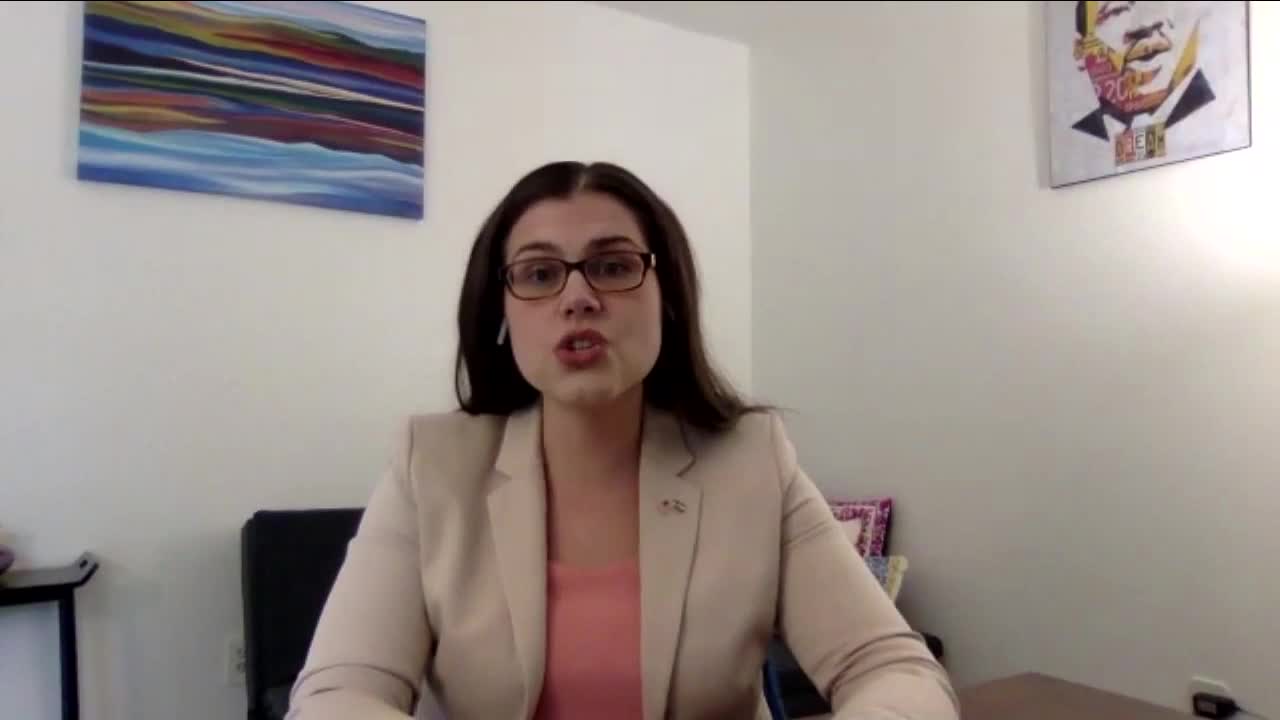 DENVER – Colorado Secretary of State Jena Griswold pushed back Monday against lies spread by President Donald Trump in tweets and an interview earlier in the day regarding Colorado’s mail-in ballot voting system.

The president tweeted twice Monday morning falsely claiming that the 2020 elections will be “RIGGED” because of a push by some states to implement mail voting systems during the COVID-19 pandemic, such as the one Colorado has had in place for years. He also claimed without evidence that “MILLIONS OF MAIL-IN BALLOTS WILL BE PRINTED BY FOREIGN COUNTRIES, AND OTHERS.” Trump also falsely said that “they are using Covid in order to cheat by using Mail-Ins!”

And in an interview with Scripps National Political Editor Joe St. George, who formerly was a political reporter in Colorado for years until earlier this year, Trump doubled down on his false claims.

VIDEO: I asked President Trump to cite specific evidence as to why mail-in ballots are fraudulent. I told him I covered politics for 5 years in Colorado (an all mail-in ballot state) and never heard @SenCoryGardner complain once. #copolitics @DenverChannel @KOAA pic.twitter.com/AebXDaDf4f

Trump said that “there are thousands of cases” of voter fraud in the U.S. every year, but when pressed to cite specific cases, he would not – only citing “a friend” who got a ballot in the mail for his son, who had apparently died seven years earlier.

He also claimed, without evidence, that “people can forge them” and that “foreign countries can print them.” But when asked if he would order that any mail-in ballots be printed in the U.S., he said he would not order anything.

“It’s a very bad system. It’s going to lead to a tremendous fraud and we’re trying to stop it.” Trump claimed. “Mail-in ballots are a disaster, and I’m sure they’re not good in Colorado.”

But Colorado’s top election official, Griswold, said again in an interview Monday that the president’s claims are simply not true.

“I think it’s unfortunate that there are these attacks on mail ballot systems,” Griswold said. “And make no mistake, the president has very clearly told us why he opposes mail ballots: Because he says that will cost Republicans their seats. We know that’s just not true. Study after study shows that it doesn’t have a major effect on Republicans or Democrats.”

Griswold pointed out that mail ballot states generally see wider access to voting for their citizens – including a 9% jump in voter access since Colorado lawmakers passed the measure allowing for mail ballots in 2013, she said, following the lead of Washington and Oregon.

“I do think that we have to be on alert and push back against any attempt to use the pandemic to suppress voter turnout,” she said. “We have now two cases, at the very least, Wisconsin and Georgia, where we saw chaos and voter suppression. It’s very likely that will continue unless the country adopts the Colorado election system.”

Griswold pointed to praise the state received for its elections system from former Department of Homeland Security Secretary Kirstjen Nielsen, who said in 2018 after a cybersecurity exercise in Denver that other states and the federal government would “love to continue to use you as an example of what other states can adopt.”

Coloradans who are registered to vote automatically receive ballots by mail for every election. They can mail them back by a certain date or drop them off in-person at a ballot drop box. For people who would like to vote in person, early voting generally starts about a week before an election day.

In-person voting for Colorado’s June 30 primary started Monday, and voters are now being encouraged to use drop boxes instead of mailing their ballots back starting Monday to ensure they are received by local elections offices by next Tuesday, June 30 so they can be counted.

Each ballot contains a signature box, which is verified by matching a signature on file with the signature given by the voter and is verified by a bipartisan team of judges. Griswold says that is “to ensure that there aren’t the types of things that the president is alleging.”

And if there are further questions about possible voter fraud, elections officials refer those cases to the Attorney General’s Office or local district attorneys. And a risk-limiting audit is done as well to ensure there are no discrepancies in the data reported.

Griswold said that other states should be looking at Colorado’s model, which she says is considered “the gold standard in elections.” She said she has been working with other secretaries of state, along with the election division, to share best practices.

“I believe that every eligible American should have the same type of access Coloradans have and that we should expand mail ballots across the nation,” she said.

Though Griswold is a Democrat, her predecessor, Republican Wayne Williams, held similar views on Colorado’s system, which he implemented, and even fought back against Trump’s characterization of the election in 2016 as being “rigged.” Williams also praised the disbanding of the much-maligned “voter fraud commission” Trump’s administration put in place once it took office.

Griswold said Monday that during the 2018 midterm election, elections officials referred 0.0027% of all ballots cast to either the attorney general or district attorneys for further investigation, a number which she said was “relatively low.”

“So, we take the notion of someone gaming the system very seriously and will prosecute if needed, but it is very rare,” she said.

Over the past few years, Denver7 has reported on just four known cases of voter fraud in the state.

In December 2017, former Colorado GOP Chairman Steve Curtis was convicted of voter fraud and forgery for signing his ex-wife’s mail-in ballot for her. He was sentenced in February to four years of probation.

In 2019, a Mesa County woman pleaded guilty to voting twice in an election in 2018 after she cast a mail ballot for her son, who voted in person at his university as well. The charge was dismissed in April after she completed her probation successfully, court records show.

“You cannot hack a piece of paper,” Griswold said Monday. “And so that allows us to be considered the safest state to cast a ballot in today and allows Coloradans to have their voices heard. And if Coloradans feel that they want to vote from home because we are in a pandemic, we have that set up.”

Griswold said that 97.5% of Coloradans voted using their mail-in ballot during the 2020 presidential primary so far and said that more Republicans in Colorado used mail-in ballots than Democrats in two out of the last three elections.

“So, mail ballots, it’s not about making the scale uneven. It’s about allowing access for American voters,” Griswold said. “This is about as nonpartisan as you can get, and I just think that it’s a shame that the president believes that his only chance for re-election is railing against an election system that allows Americans to safeguard their health and their voice in the 2020 elections.”

As of Monday, 529,168 ballots had already been returned in Colorado. Click here to find your nearest ballot drop box and for more on the June 30 primary and voting.