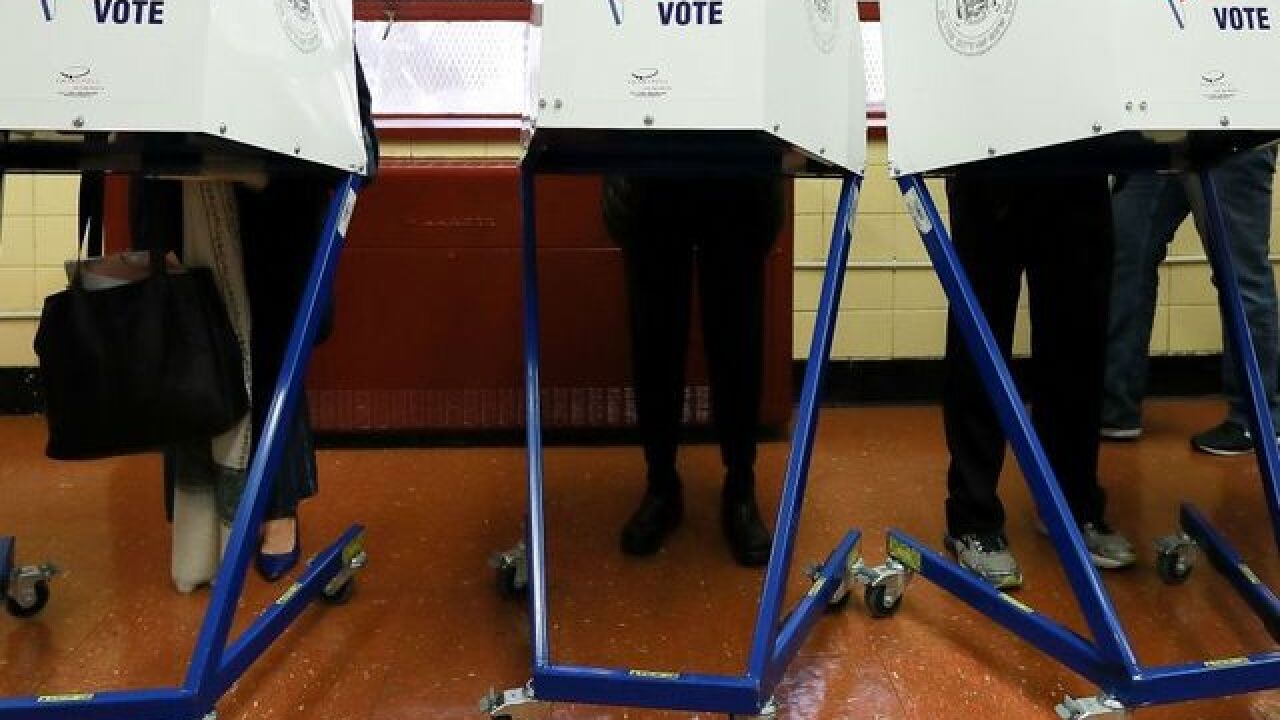 DENVER – The vice chair of President Donald Trump’s controversial Election Integrity Commission wants the full name, address, date of birth, affiliated political party, last four Social Security number digits and voting history since 2006 of every voter not only in Colorado, but in the entire U.S., and wants that information to be made available to the public.

The vice chair of the commission, Kris Kobach, sent a letter requesting that information and more on Wednesday to Colorado Secretary of State Wayne Williams and every other secretary of state for all 50 states.

In the letter, Kobach requests that information from every state where it is publicly available. Each state has different laws on what information contained in voter rolls is available to the public, and the rolls are typically used by campaigns or parties to compile lists of voters to target.

Colorado’s secretary of state is required to give out voter roll information that is public record to anyone who requests it, despite what that information might be used for.

In Colorado, a voter’s full name, address, party affiliation and date the person registered, phone number, gender identity, birth year, and information about if a person has voted in prior elections is available to the public and is required to be released by the secretary of state.

But a voter’s Social Security number, driver’s license number, full date of birth and email address are not considered part of the information that is public record.

Kobach’s request asks for two things—Social Security numbers and full birthdate—that are not currently available through public record requests in the state.

"We will provide publicly available information on the voter file, which is all they have asked for," Williams said of the voter-roll files in response to requests for comment about the letter, though he added that he wouldn’t provide any information that is classified in state voter rolls.

The letter from Kobach also requests input from Williams, and other secretaries of state, on what could be changed regarding election laws and administration “to enhance,” as Kobach wrote, the elections process. He also asked for input on election-related crimes, instances of voter fraud, and voter disenfranchisement.

Kobach wrote that all the requested data was needed for the commission “to fully analyze vulnerabilities and issues related to voter registration and voting.”

But he also notes that “any documents that are submitted to the full Commission will also be made available to the public.”

Williams praised that request, saying he wished more federal agencies would reach out for further opinion before making decisions.

But the ACLU of Colorado balked at Williams’ adherence to the request, saying it was part of a voter suppression effort by the government.

"President Trump's baseless claim that millions of illegal voters participated in the 2016 election has been summarily debunked. Yet the federal government is pushing forward on a massive voter suppression effort based on myths and outright lies about voter fraud,” said ACLU of Colorado Public Policy Director Denise Maes. “Colorado's Secretary of State should not willingly participate in a politically-motivated federal campaign to intimidate voters and suppress the vote."

The commission Kobach is the vice chair of was created earlier this year after Trump made his false claim that several million people voted illegally in last year’s election.

And Kobach is the former Kansas secretary of state, who has a history of cracking down on what he says was voter fraud. But Politico notes that he also paid a fine earlier this month for giving misleading statements during a voting-related lawsuit.

Connecticut Secretary of State Denise Merrill said in a statement reported by the Washington Post that “given Secretary Kobach’s history we find it very difficult to have confidence in the work of this Commission.”

And California Secretary of State Alex Padilla also balked at the request in a strongly-worded statement.

“I will not provide sensitive voter information to a commission that has already inaccurately passed judgment that millions of Californians voted illegally,” he wrote. “California’s participation would only serve to legitimize the false and already debunked claims of massive voter fraud made by the President, the Vice President, and Mr. Kobach.”

Padilla also called the commission’s inquest a “waste of taxpayer money” and a “distraction,” and also noted that Kobach “has a long history of sponsoring discriminatory, anti-immigrant policies…and racial profiling laws.”

Last November, days ahead of the election, Ben Schler, the legal and policy manager for the Colorado Secretary of State’s Office, said the office had received multiple complaints about a website that was posting public information found in Colorado’s voter rolls.

Williams’ office also panned any idea that the elections were rigged, something Trump postulated about in October.

“While there are occasional instances of voter fraud, Colorado’s processes are very good at catching attempts to commit voter fraud. We are working to improve our processes and prosecute those who break the law,” Williams said at the time.

And the only person in Colorado charged with any form of voter fraud from last year’s election was former Colorado Republican Party Chairman Steven Curtis, who was on Feb. 1 charged with one count of forgery of a public record, a fifth-degree felony, and an elections mail-in ballot offense, a misdemeanor.

The criminal complaint for his arrest says that Curtis tampered with a 2016 General Election mail-in ballot. Sources old Denver7 that he signed the ballot, which was his wife’s, with her name, which led to the forgery charge.

Curtis claimed in a radio interview before his arrest that “virtually every case of voter fraud [he] can remember in [his] lifetime was committed by Democrats.”