What to expect as another round of snow and cold heads to Colorado for Sunday, early next week

DENVER – While we’ll see a beautiful day Saturday across much of Colorado, we’re in for another big change starting late Saturday night and into early next week – when snow is likely to fall across much of the state.

Update | The latest snowfall forecast for Colorado: What to expect and when

Most of the Front Range I-25 corridor, foothills and mountains are expected to receive at least 4 inches of snow through Monday evening, with higher totals – up to a foot or more – expected at higher elevations, according to models and forecasts released Friday morning. The Wednesday-Thursday storm this week dumped more than 17 inches in many foothills locations.

Saturday will bring sunny skies and highs in the 60s and 70s in the Denver area and the eastern plains. But on Saturday night, a cold front will move into the state along with an upper-level jet stream that will create moderate-to-heavy snow conditions across much of the state.

The long-term forecast discussion issued just before noon on Friday by the National Weather Service's Boulder office says the Front Range foothills and I-25 urban corridor could see more than 6 inches of snow by Sunday night but said models were still changing. 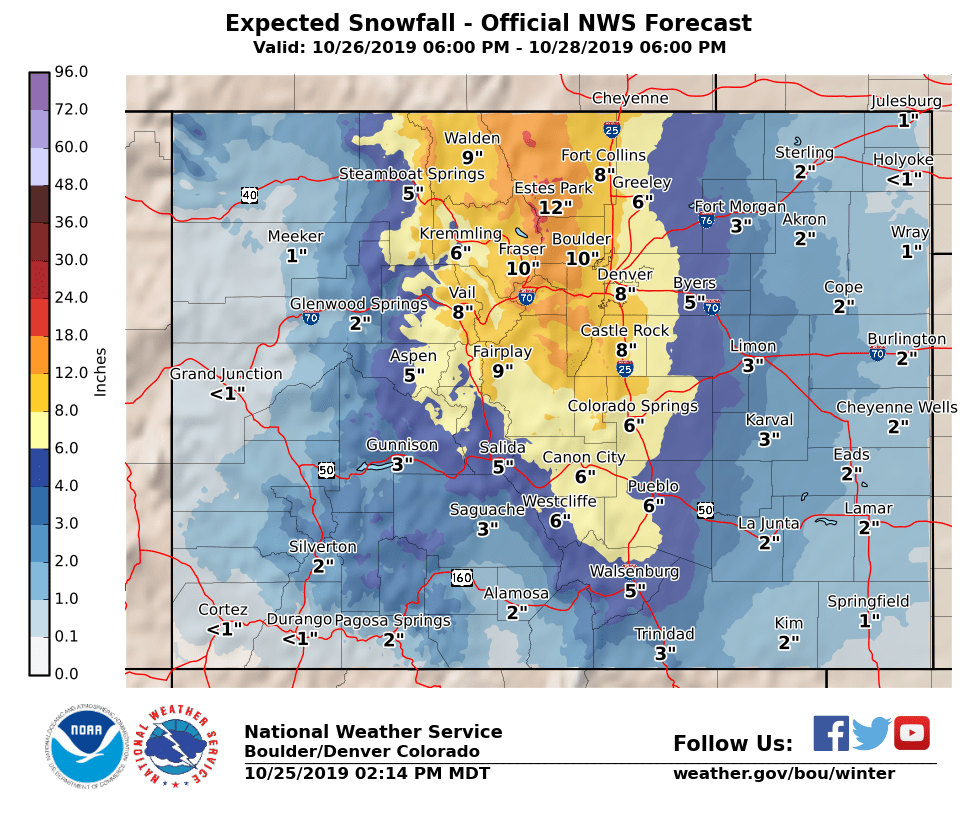 The forecast said Denver had a 37% chance of receiving 8 inches or more of snow by Monday night.

Along with the snow will come frigid temperatures that will persist through much of the early half of the week. Temperatures could reach the single digits and wind chills could fall below zero in some places.

It’s possible that snow showers continue to fall into Wednesday, according to long-term forecasts.

Stay with the Denver7 weather team for the latest forecasts over the weekend as the storm nears.