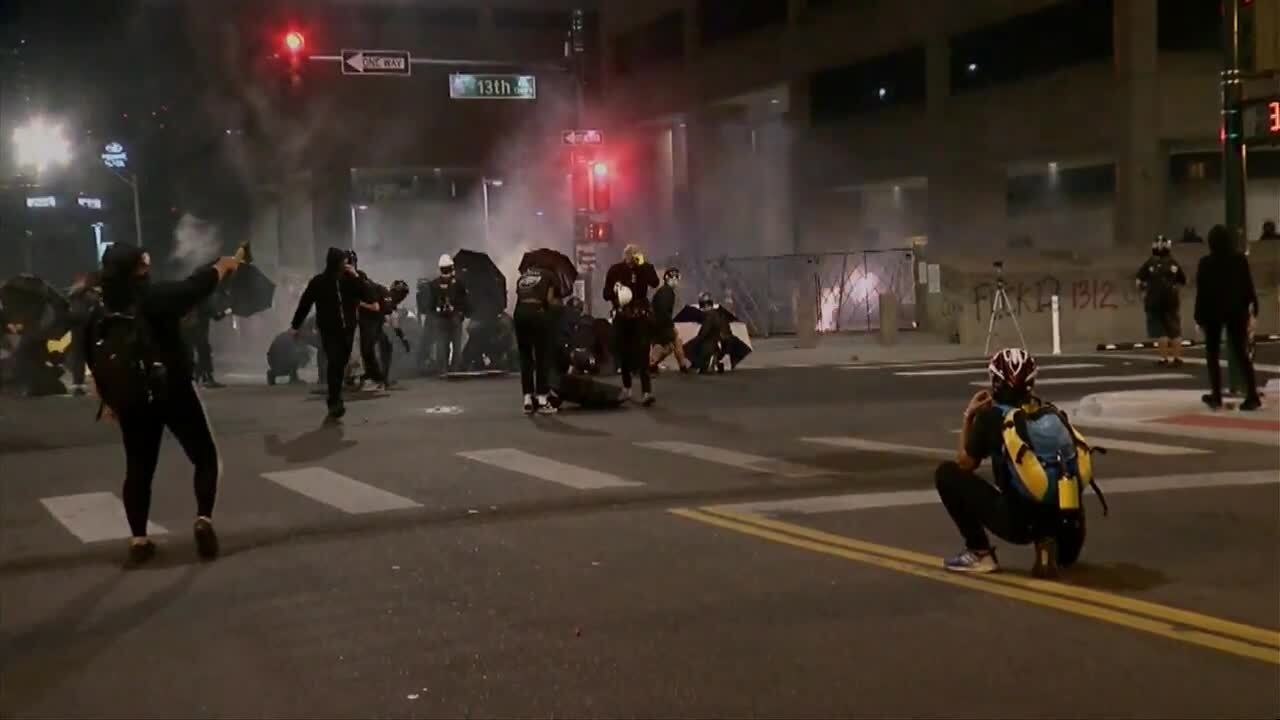 Copyright 2020 Scripps Media, Inc. All rights reserved. This material may not be published, broadcast, rewritten, or redistributed.
Denver7
A person throws a firework into the barricade set up at Denver Police headquarters on the night of Saturday, Aug. 22, 2020 as smoke fills the air. 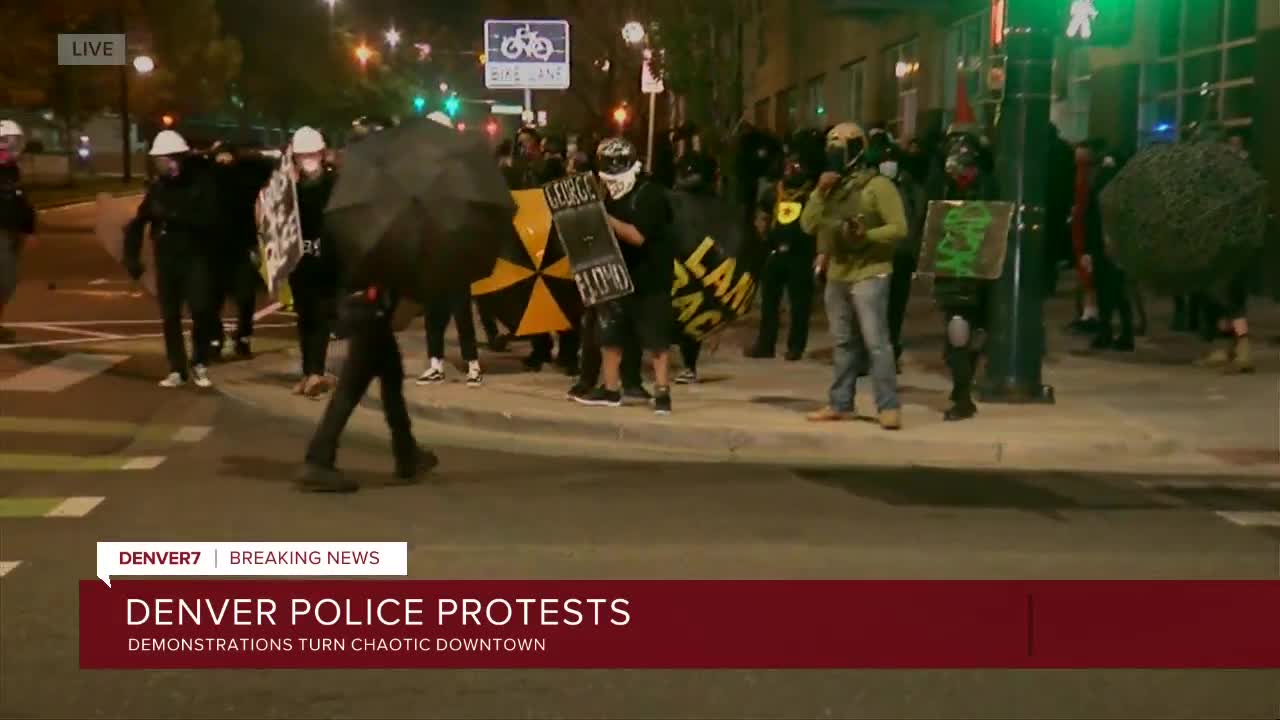 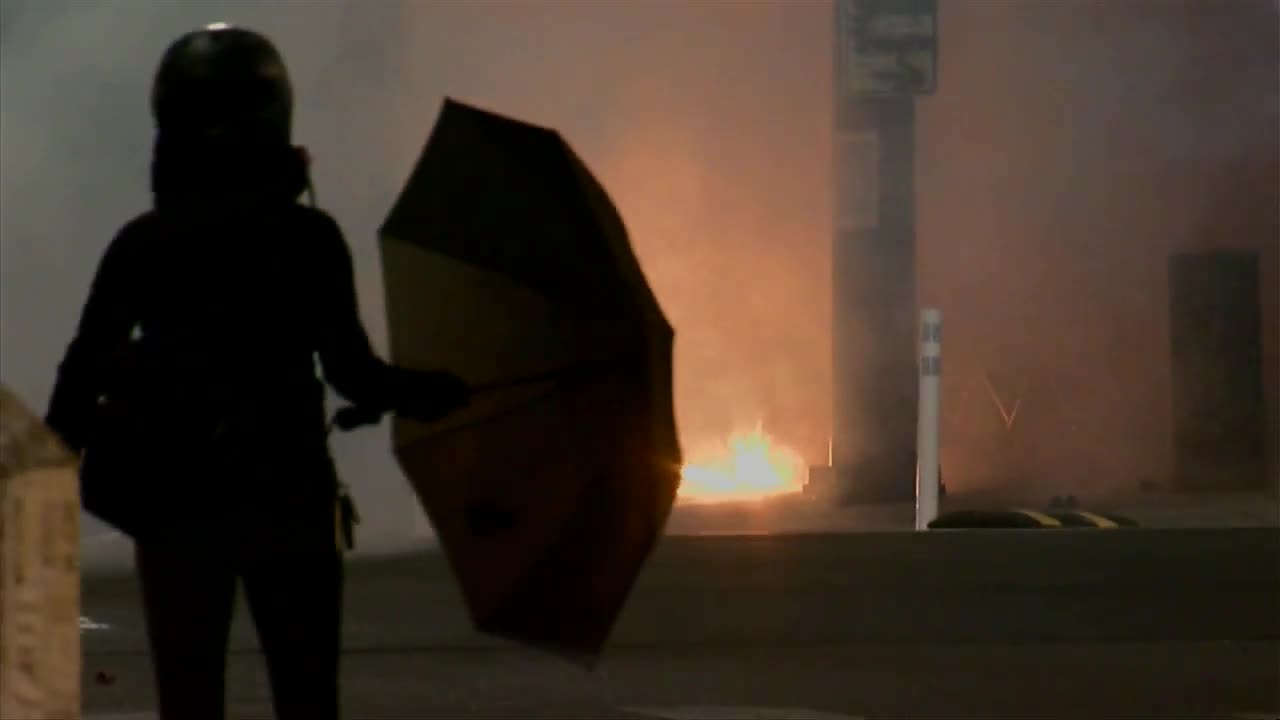 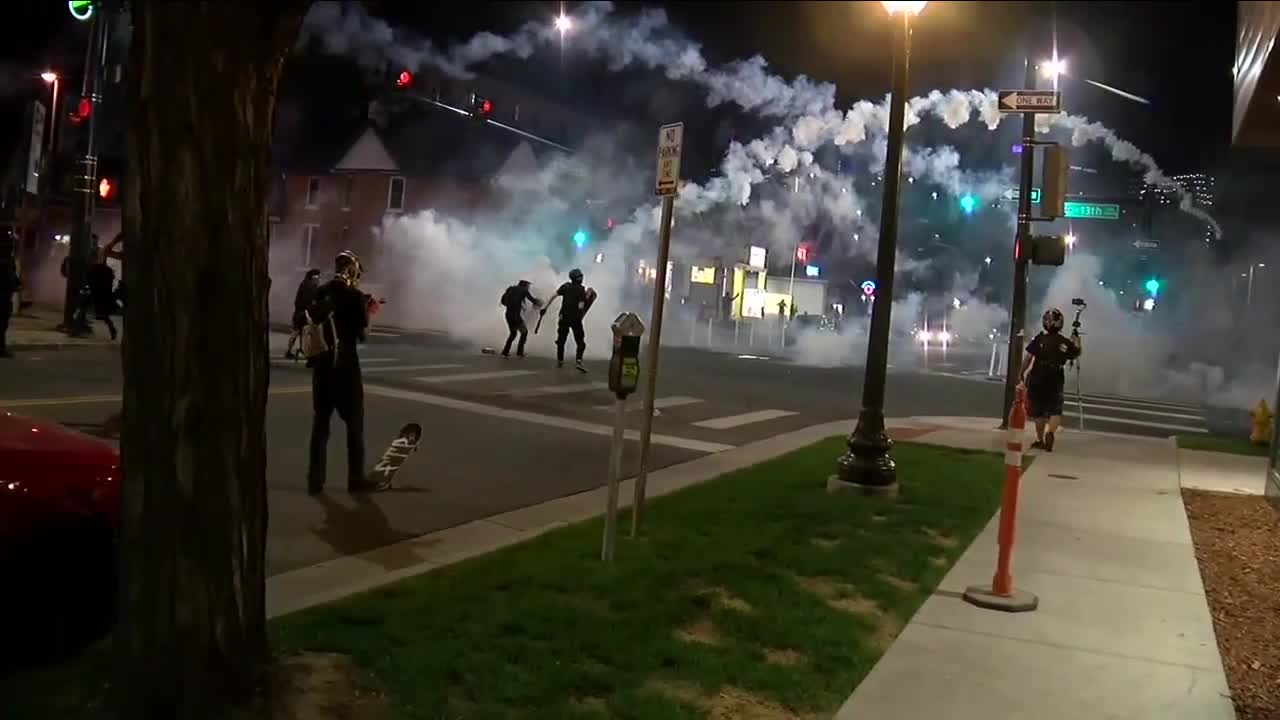 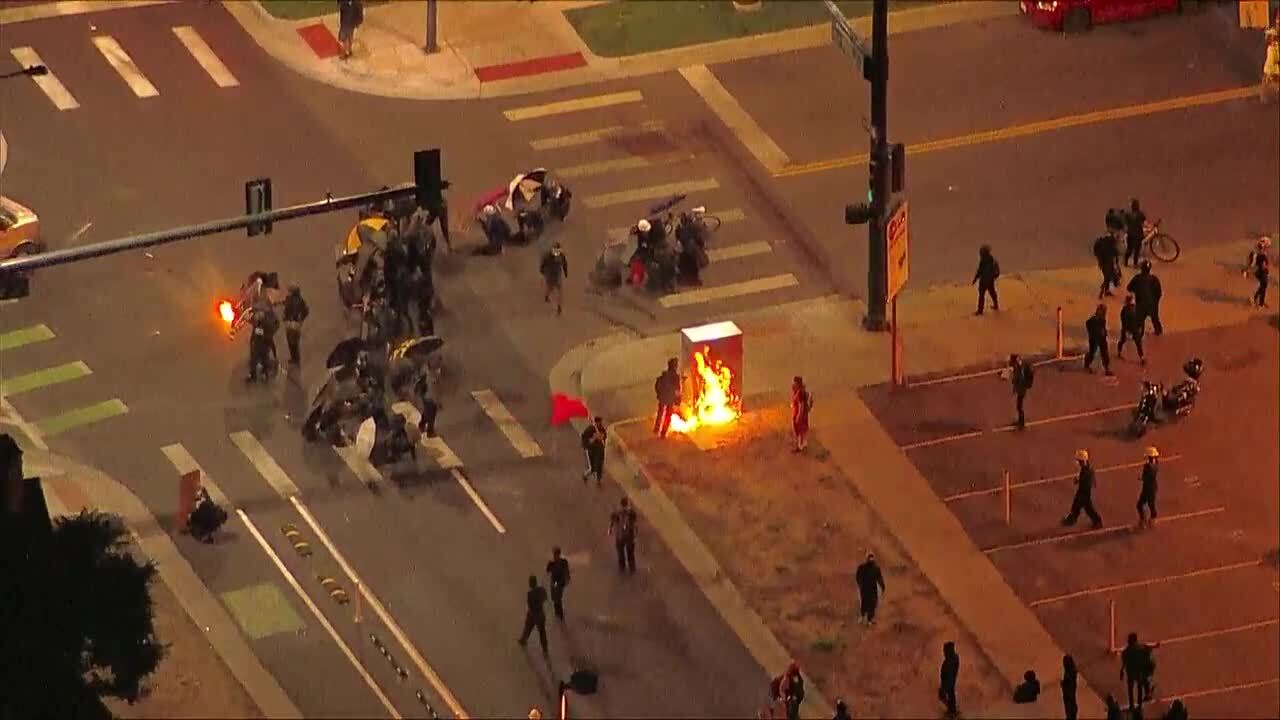 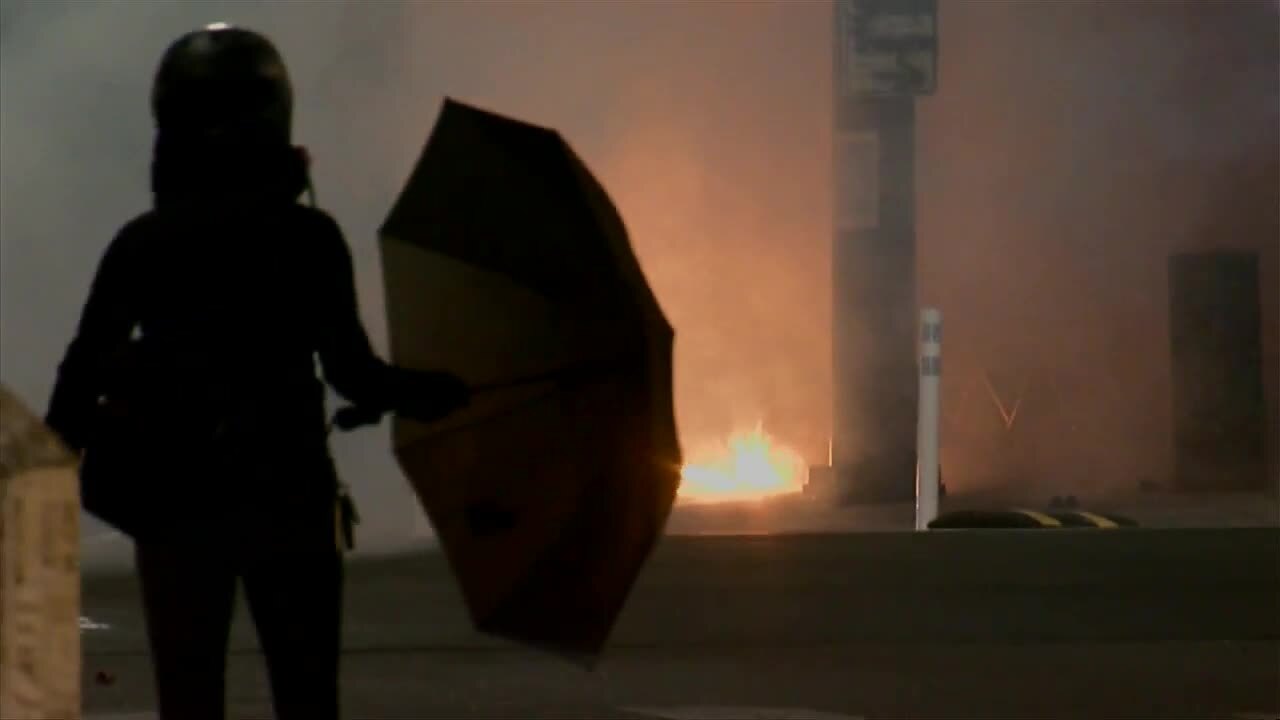 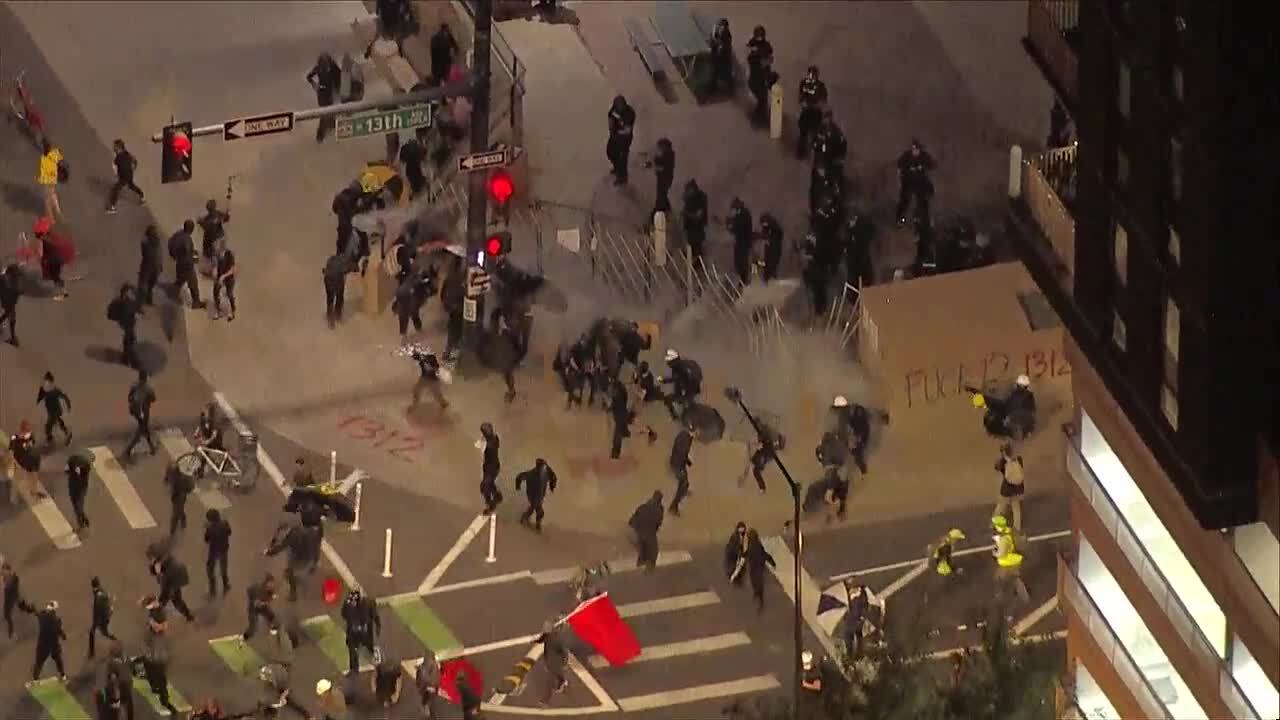 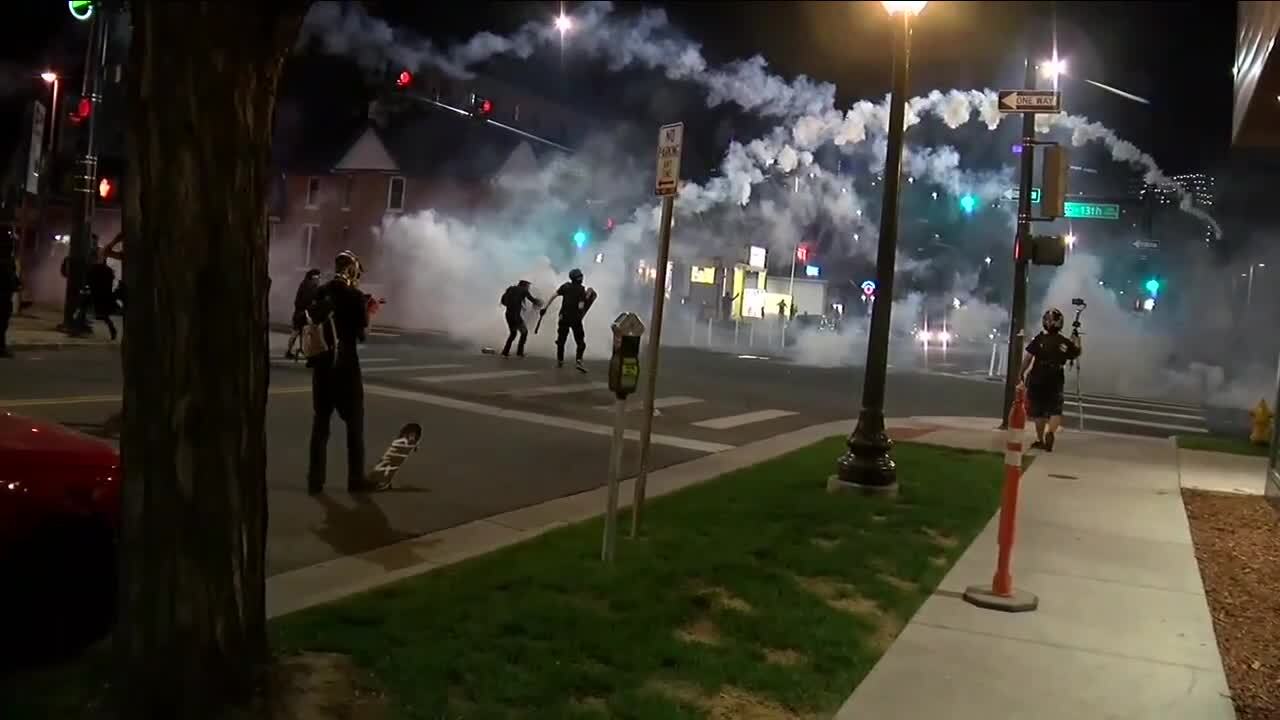 DENVER – Several dozen people, some donning shields and helmets, and police clashed at the headquarters of the Denver Police Department on Saturday night.

A group had organized a protest to start at 8 p.m. in response to an incident earlier this week when police and others clashed as the city removed people experiencing homelessness from a camp near 29th and Glenarm. A flier told people to “bring your gear.”

Sometime before 9 p.m., a van arrived to provide some of the people with shields. As the people marched toward the Denver police headquarters, Denver7 reporters witnessed people with a bat and an ax.

The group expressed various motives: defunding or abolishing the police, ending homeless sweeps, stopping racism, justice for Elijah McClain and more, including several who said they were there for vandalism and were done with peaceful protesting, according to crews at the scene.

But McClain's mother earlier this week disavowed rallies like the one Saturday night, and she and others held a peaceful rally in memory of her son earlier in the day.

Around 9 p.m., the group reached the headquarters, and some of the people with shields and umbrellas approached a fence that had been set up toward the entrance of the building and began to shake it.

At one point, police clad in riot gear used nonlethal chemical munitions, including what appeared to be pepper balls and smoke. The protesters were seen throwing several fireworks into the area where the police were set behind the fence.

Some of them set other fires on utility boxes and in the middle of the street nearby.

Several windows in the downtown area were broken out as the group left headquarters and marched through downtown in the 9 p.m. hour. Several fires that were quickly extinguished were set as well.

Denver police SWAT units were on the scene, and they and other officers followed the protesters around downtown as the group blocked traffic throughout the downtown and Capitol area.

Denver police said just after 10:45 p.m. that nine people were arrested, and one officer was injured, though the extent of their injury was not clear.