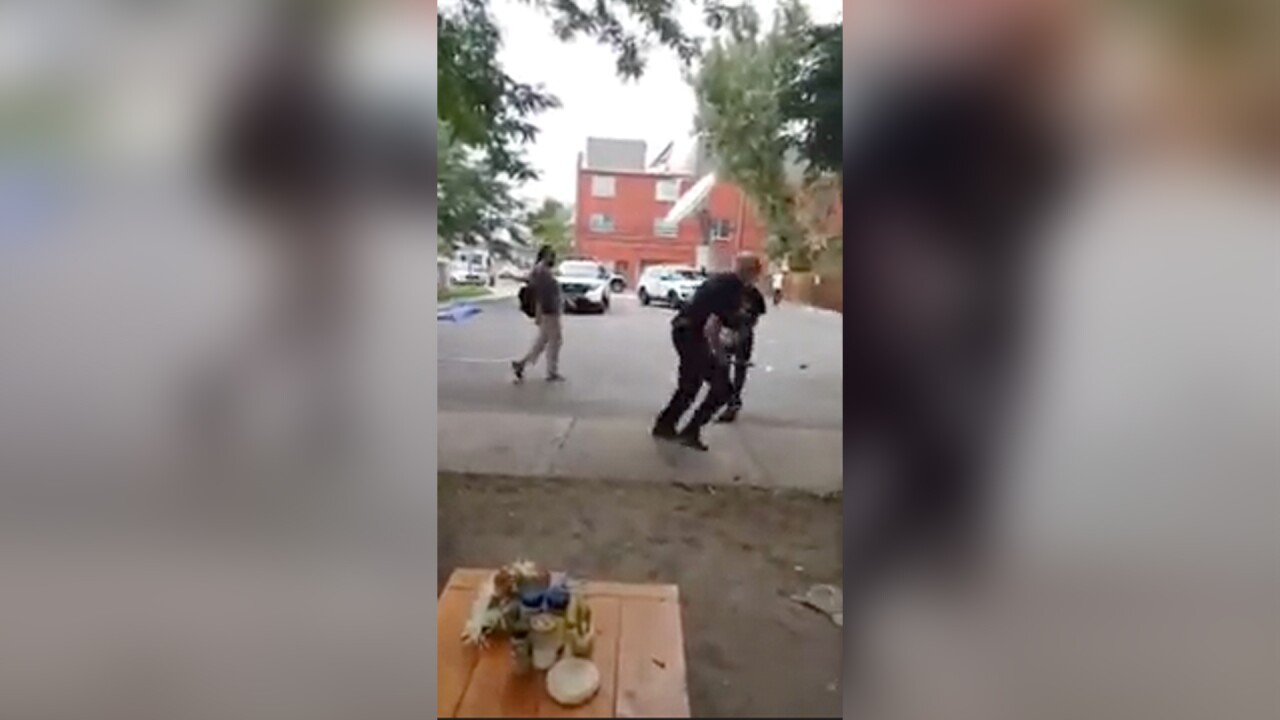 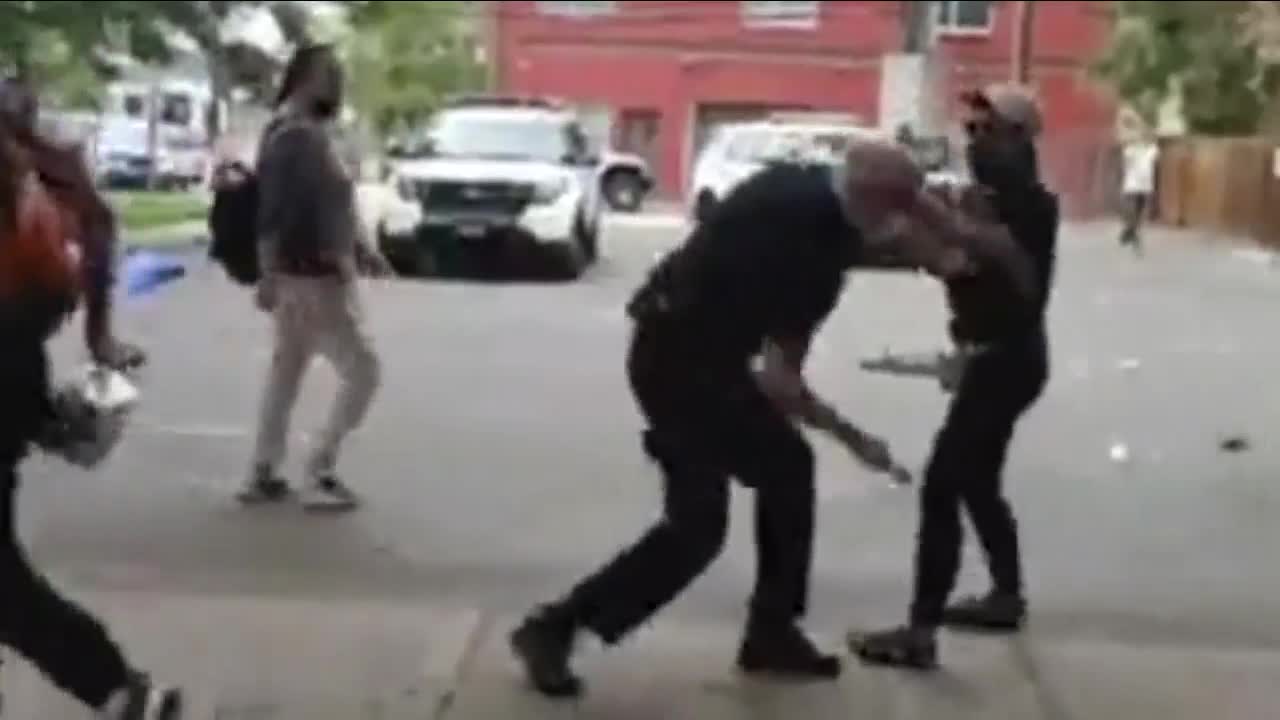 DENVER -- It’s an eight-minute video that shows a significant conflict between police and protesters during a sweep of a homeless camp in Denver's Five Points neighborhood. In the video, you see police swinging billy clubs and protesters aggressively interacting with police.

But the conflict on the streets of Denver on Wednesday brought light to a growing conflict between city leaders. On one side, Denver’s Mayor and the President of the Police Union. On the other side, Denver Councilwoman Candi CdeBaca.

The mayor was referring to the chaos caught on camera at a homeless encampment in his city on Wednesday. Video captured on camera by a member of the Denver City Council.

“We had some protesters show up and then all hell broke loose,” Denver’s Mayor added. He was referring to what looked like an old-fashioned street fight. It started as a sweep and ended with one person arrested for carrying a replica firearm (a BB gun) and a couple of officers receiving minor injuries.

In the video, you see and hear protesters antagonize officers and officers using billy clubs to try and control the crowd. The video raises several yet unanswered questions. How did the conflict begin? Where did the protesters come from? Did baton-wielding police go too far? And then the statement that has raised questions inside city hall.

“Look, anybody who was hurt needs to sue. The liability went up after the state law changed. Everybody needs to start suing.” That was the voice of Denver City Councilwoman Candi CdeBaca, giving advice to protesters at the scene.

The entire eight-minute video was posted on the councilwoman’s personal Facebook page and shared with the public.

“I heard her voice,” said Mayor Hancock. “I just could not believe that a public official was doing what is happening on that video.” Hancock added, “I don’t think the entire time I’ve been in government I’ve seen anything that disturbed me more.”

Calls and texts Wednesday night by Denver7 Investigates to Councilwoman CdeBaca were not returned. On Thursday morning, her chief of staff Lisa Calderon said, “I just watched your biased report,” referring to Denver7’s report on Wednesday at 10 p.m. “We have nothing to say to you,” Calderon said to Chief Investigative Reporter Tony Kovaleski.

Shortly before 6 p.m. on Thursday, CdeBaca did issue a four-paragraph statement:

As usual, we find ourselves in a situation where our Mayor is deflecting responsibility for atrocious civil rights abuses against our citizens at the hands of Denver police. Sending 40+ police officers to sweep a camp with four tents is a pointless, naked show of force. If the mayor was truly concerned about the health, safety, and well-being of his constituents, he should have sent outreach workers and mental health providers to the scene.

On Wednesday, I witnessed--for the second day in a row--the terrorizing of a community under the guise of removing four campers from the cleanest and smallest encampment in the area. There are plenty of larger camps to sweep, but the Mayor chose to target four campers of color who happen to be across the street from my office and within the view of the brand-new Tremont Townhomes that recently went on sale for over half a million dollars.

The Mayor’s deflection of responsibility is really about hiding his sins for failing to protect the poor and unhoused people who are aggressively being pushed out of this city. We know that this is a war on the poor. The Mayor should be more concerned about the unhinged police officers who indiscriminately beat anyone in their path captured video.

We have three branches of government for checks and balances which the Mayor s attempting to override. Since two branches of government have allowed these conditions and abuses to persist, citizens who are brutalized by our police should absolutely seek recourse from our courts. I will never hide people’s rights from them, especially when I witness our own officers violating them. Police may be the gatekeepers of the law, but they are certainly not above the law.

CdeBaca said in an interview Thursday night that she believed that “absolutely, these people should sue these cops” after she said she saw people with “very real injuries.”

“People are well within their rights to utilize the courts to obtain justice,” she said.

She said that she is responding to calls from constituents to show up and respond to the clearing of the camps.

“When they reach out to me, I show up, which is what I thought the job is supposed to be. And our mayor and everybody else in our city signed up to do as well,” she said. “…This is a war on the poor. When we have to hide people in tents from perspective buyers of half-million-dollar condos, we have a serious moral issue on our hands.”

Denver’s Police Chief Paul Pazen declined to comment on the video. His spokesperson said the Chief will not comment because the incident in its totality is now under review.