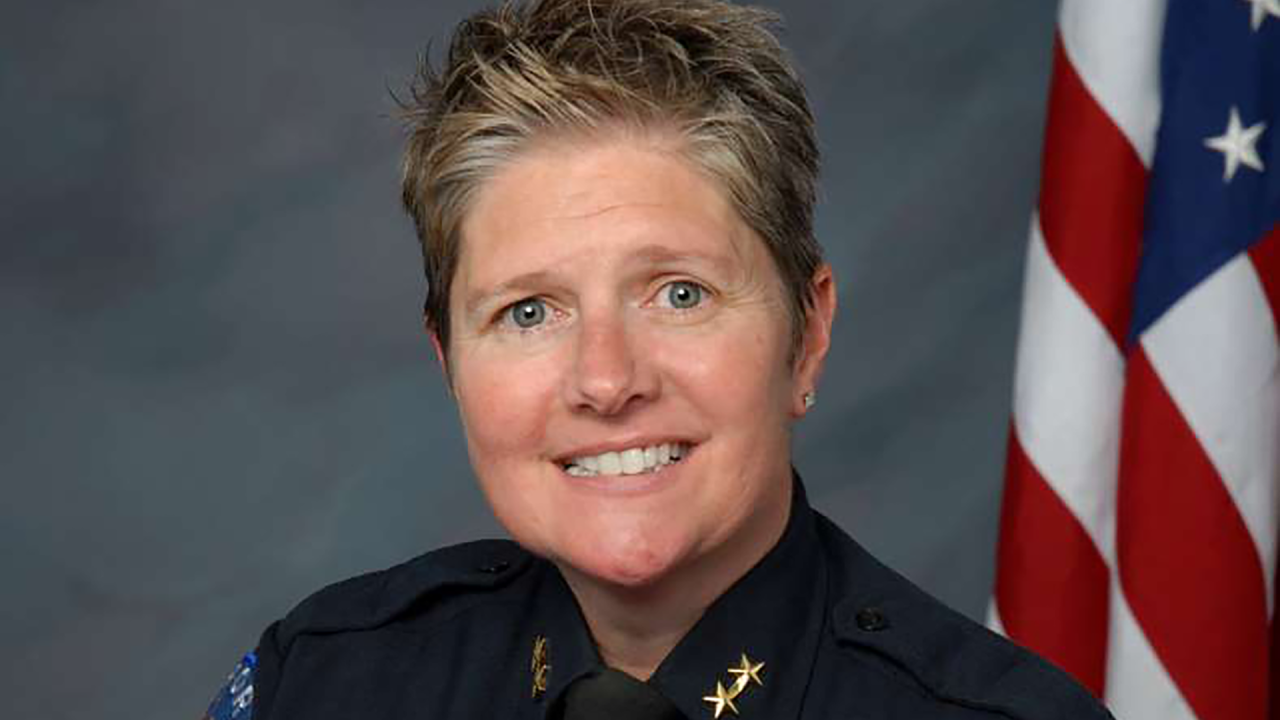 Copyright 2019 Scripps Media, Inc. All rights reserved. This material may not be published, broadcast, rewritten, or redistributed.
Aurora Police Department
The city of Aurora announced Monday that Division Chief Vanessa Wilson will be the interim chief of the police department, and she pledged to show transparency and work with the community to rebuild trust in the department amid a host of incidents in recent months. 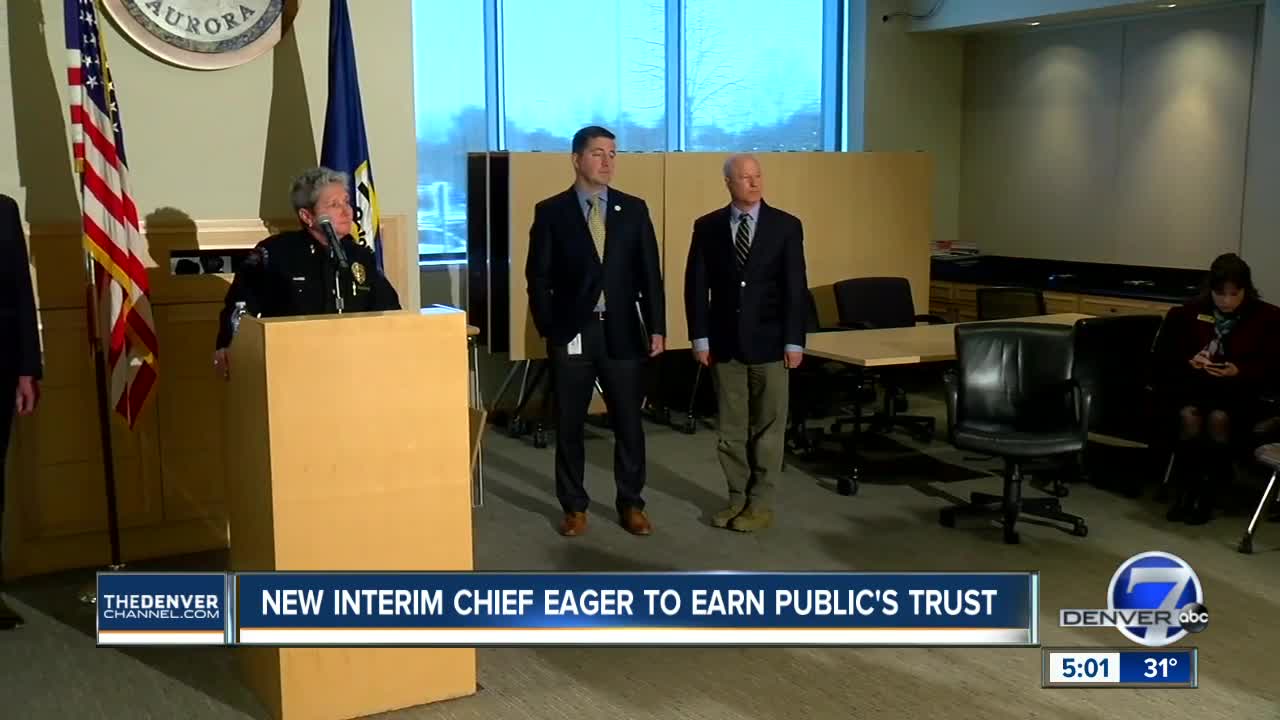 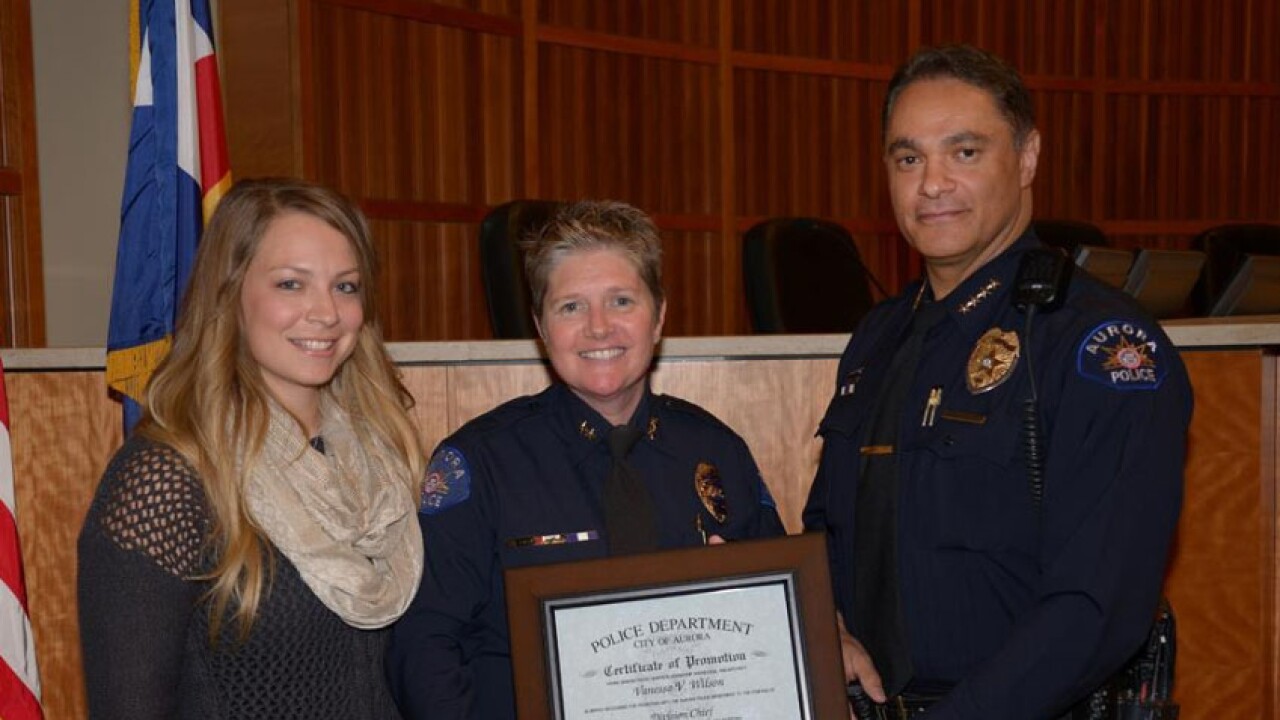 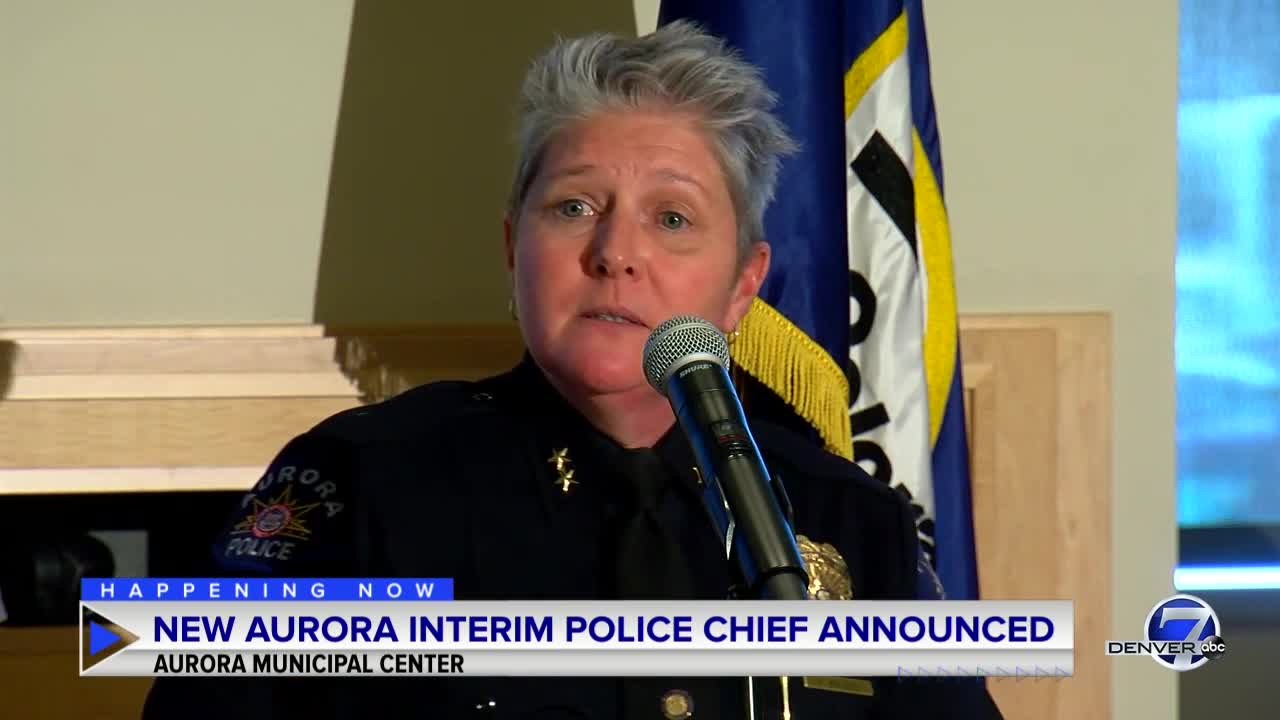 AURORA, Colo. – The city of Aurora announced Monday that Division Chief Vanessa Wilson will be the interim chief of the police department, and she pledged to show transparency and work with the community to rebuild trust in the department amid a host of incidents in recent months.

Wilson will become interim chief Jan. 1 – after Chief Nick Metz retires at the end of the year. She is a 23-year veteran of the department and was the first woman to be named division chief within the department – a rank she attained in April 2015. She has overseen the Metro Division and previously was the Operations Patrol Chief for the department.

Monday marked her 23rd anniversary with the department. Wilson said at a morning news conference that she was grateful to lead the department during the national search for a permanent chief – a job for which she said she would apply. City Manager Jim Twombly said he expected the recruiting effort to take between six and eight months.

Wilson acknowledged Monday she was becoming interim chief “at a very turbulent time” when the community “is angry” following the in-custody death of Elijah McClain, the handling of Agent Nate Meier’s on-duty intoxicated driving incident, the retirement of Metz and the retirement of Deputy Chief Paul O’Keefe and his withdrawal from consideration for the interim chief position over his involvement in the Meier incident. O'Keefe had been set to be interim police chief before his retirement.

“Obviously, the trust in us from the community has been very significantly shaken by previous events we’ve gone through for the past four months,” she said.

Regarding the McClain death, Wilson said that the department has already found a retention system for body cameras to ensure they do not fall off officers as they did in the McClain incident. Wilson said she has named an executive team that will set up a tactical review board of the McClain case.

Twombly has enlisted former U.S. Attorney John Walsh to lead an independent review into the Meier case. He will work with 18th Judicial District Attorney George Brauchler on any possible criminal charges. Both Wilson and Twombly said they could not comment on the case Monday because of the independent review, but Wilson said the video of the incident was “disturbing and shocking.”

Wilson said she loved the department and the Aurora community and thanked her fellow officers for their support, as well as Metz for appointing her as division chief in the first place.

Wilson holds a bachelor’s degree from the University of Wyoming and has graduated from both the Police Executive Research Forum at the Senior Management Institute for Police in Boston and the FBI National Academy.

She started as a patrol officer with the department, was a recruiter, then detective. She was promoted to sergeant in 2006 and to lieutenant in 2009, and in 2012, was appointed the Executive Officer of the Major Investigations Bureau.

She was promoted to captain in 2014 and started developing the Aurora Community Outreach Team. She was also “instrumental” in creating APD’s Crisis Response Team, according to the department, and has been working on developing the department’s first Domestic Violence Unit.

“Chief Wilson is a dedicated and proven leader in the Aurora Police Department who excels at building consensus and developing strong ties to the community,” Twombly said. “We are confident that she is the right person to guide our team as interim chief and be a steady and respected figure both with our officers and our residents.”