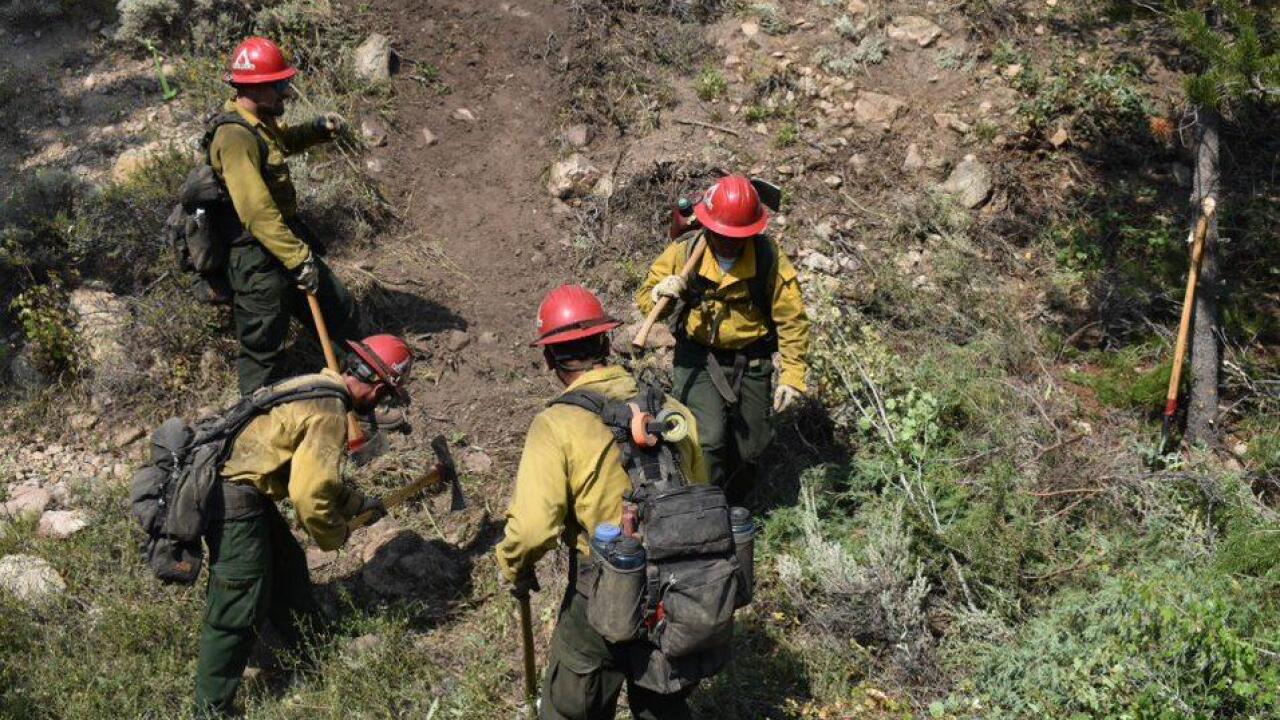 LARIMER COUNTY, Colo. — After several days of cold and wet conditions, the Cameron Peak Fire's activity is increasing as the area warms up and dries out, fire officials said Monday morning.

Warm temperatures, low humidity and sunny skies are continuing to melt the snow around the fire, but firefighters have been able to mop-up and construct direct fire lines along Buckhorn Road to Comanche Reservoir, Pingree Park Road and Highway 14, according to the incident management team.

As of Saturday, the 102,596-acre fire has destroyed 54 structures, according to an assessment by the Larimer County Damage Assessment Team (DAT).

Of the 54 structures, 25 are residential — two of which were primary residences — and 29 are outbuildings. Two structures were reported to have damage but were not classified as destroyed, DAT said in a release.

The fire remains 4% contained as of Monday morning.

Structure protection will continue for the next several weeks. The fire's 237-mile perimeter covers rough terrain with steep slopes and downed trees and snags, according to the incident management team.

Fire managers are continuing to work on structure assessments in Estes Park, Glen Haven and the surrounding communities.

On Monday, firefighters will begin to lay down direct fire line and mop up along Buckhorn Road and Comanche Lake section in anticipation of a northwesterly wind predicted for Tuesday. While crews will continue to work in other areas of the fire, surge forces will focus in the Buckhorn and Pingree Park area, according to the incident management team.

A high-pressure system has settled over the fire, bringing temperatures in the 60s and 70s and low humidity. Winds will stay light Monday, but will become stronger Tuesday. Thunderstorms are expected over the fire this weekend.

The fire stayed relatively calm last week thanks to snowfall — between 8 and 14 inches — and cold, calm conditions.

A one-hour virtual meeting is planned for 7:30 p.m. Monday so officials can update the community on the fire. You can watch the meeting on Facebook here.