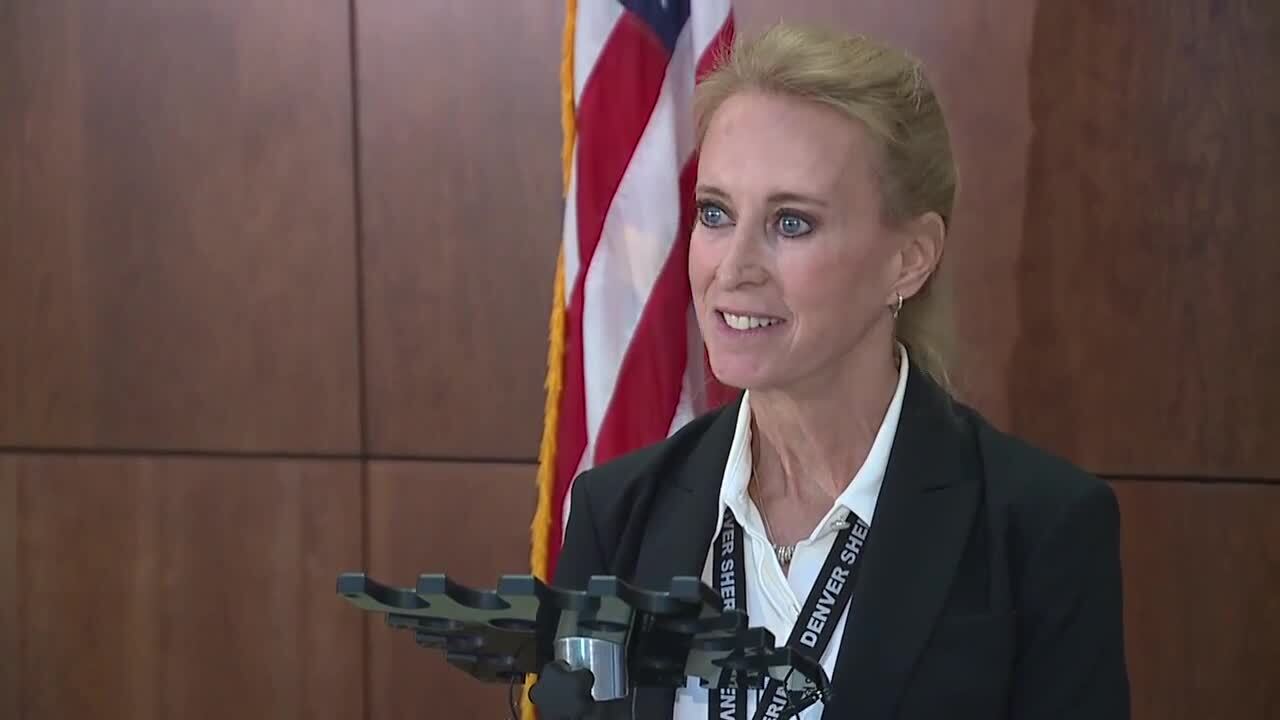 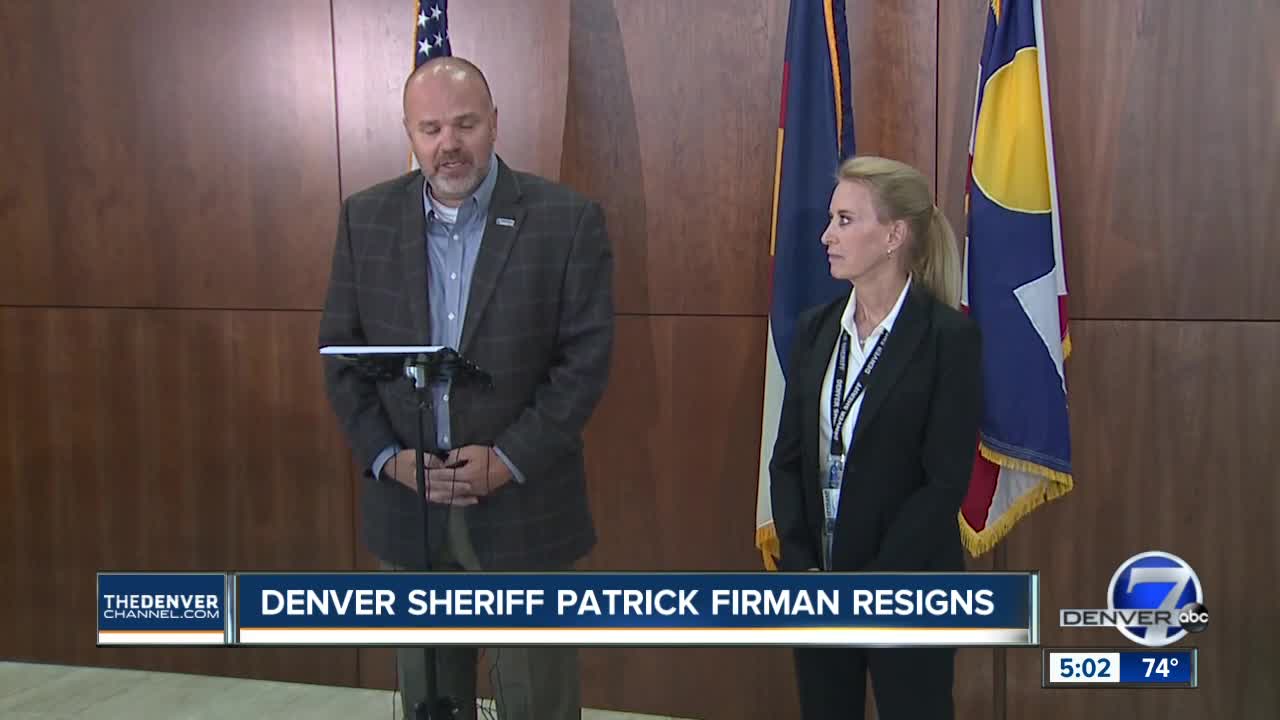 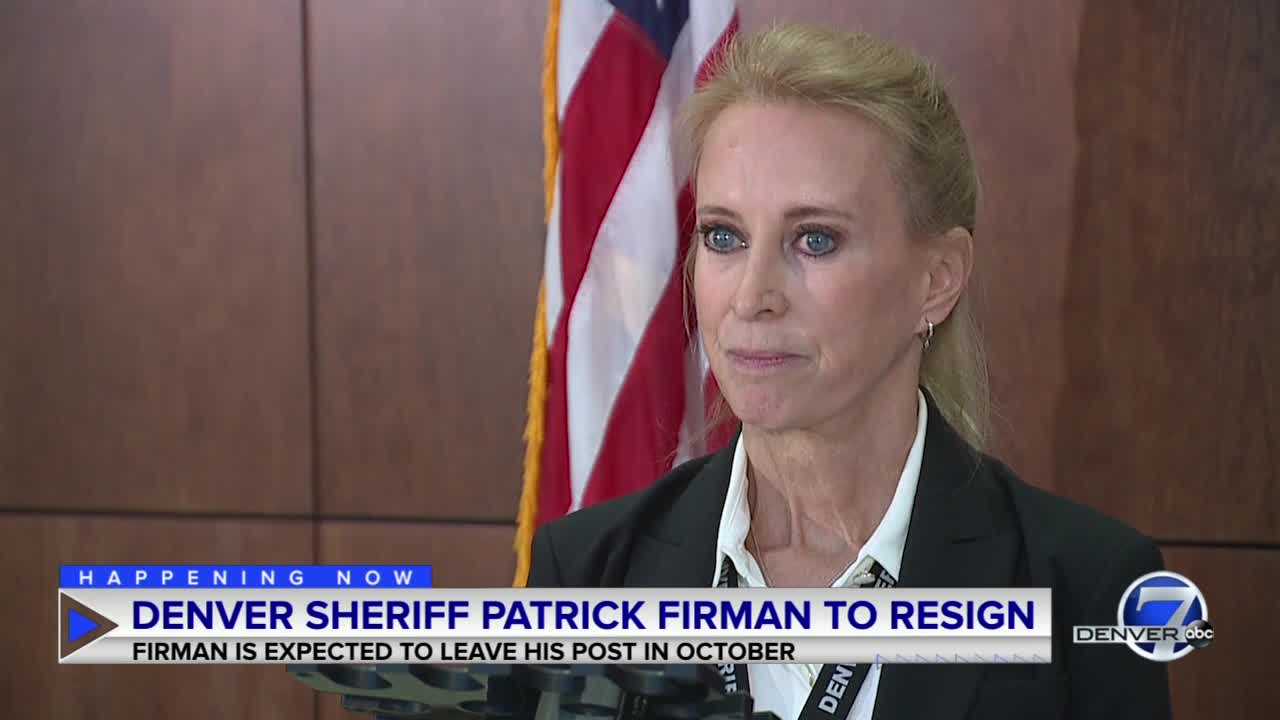 DENVER – Officials on Thursday named an interim Denver sheriff following Patrick Firman's announcement that he plans to resign from the post in October.

Fran Gomez, currently the sheriff department's director of professional standards, will be the first female leader of department and will be sworn in on Oct. 14, which is expected to be Firman's last day, according to Troy Riggs, Denver's executive director for public safety.

Denver7 reported last Friday Firman was expected to resign after pressure from new city councilmembers calling for resignation following a series of scandals. His ouster was first reported by the Colorado Independent.

Riggs, at a news conference Thursday, denied that Firman was forced out of the position, which he had held since 2015.

"The sheriff resigned on his own," Riggs said. "The sheriff had, quite frankly, he had been mentioning it for a couple months now and just thought this was the time to do that."

Firman took the day off Thursday and did not attend the news conference.

Riggs said the city will search for a permanent replacement for Firman over the next few months, possibly into 2020. Mayor Michael Hancock will ultimately decide who will be the next sheriff. The search will include at least two community meetings for feedback, Riggs said.

Gomez – who joined the department last year but was previously a deputy police chief in Commerce City and a police commander Aurora – will now lead a department that has faced criticism and scandals during Firman's tenure.

Among the things that were expected to lead to Firman's resignation is a lawsuit filed by female Denver Sheriff Department deputies who claim that they were subjected to crass remarks and behavior by male inmates, which the city council is expected to vote on whether to approve a $1.5 million settlement next week.

A separate lawsuit filed by a woman forced to give birth alone in a Denver jail cell and a host of other incidents and issues within the department – which operates Denver’s jails – over the past four years put Firman in jeopardy, high-ranking sources told Denver7.

In the prepared statement sent by city officials, Firman said it had been an honor to serve with the men and woman of the Denver Sheriff’s Department. He also wished them the best “as they continue to move forward.”

Riggs praised Firman at the news conference Thursday, saying, "you will not meet a more caring or dedicated" person.

She started out as a sheriff's deputy before moving in 1990 to the Aurora Police Department, where she worked her way up from police officer to commander and was a finalist for the chief position that eventually went to Nick Metz.

In 2013, she joined the Commerce City Police Department, working as a deputy chief of support services until her retirement in 2016. She returned to law enforcement with the Denver Sheriff's Department last year.

Riggs said the biggest challenge for the new sheriff will be improving morale among deputies who work in the jail.

"It's a very difficult place to work," Riggs said. "We have to greatly understand the challenges they face. And also demonstrate to the public how valuable their service is."

Gomez said her first priorities as the interim sheriff will be "meeting with everybody, finding out what everyone else's main concerns are."

"I have some exposure this year [to the sheriff's department]," she said, "but I don't know everything."