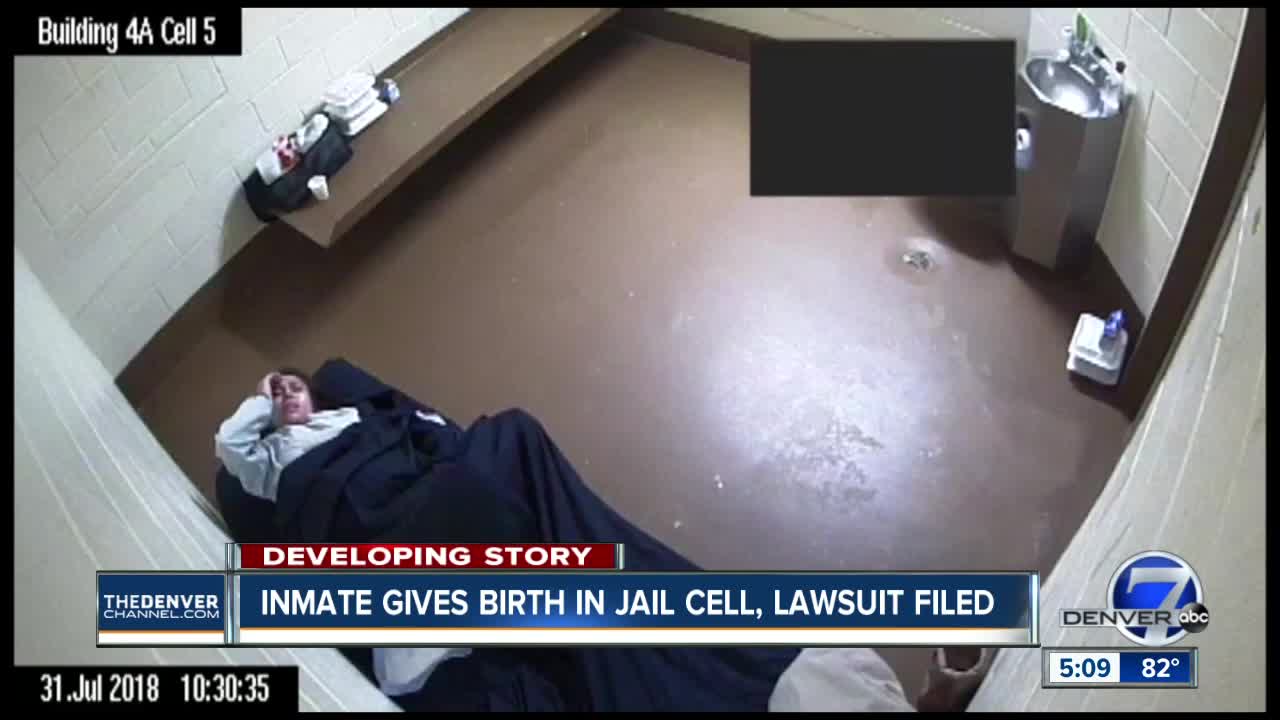 DENVER – A woman who says she was forced to give birth alone in a cold jail cell has filed a federal lawsuit against the City and County of Denver, Denver Health and Hospitals, and several deputies and nurses, alleging they ignored her pleas for help.

“She was passing blood. She cried out in pain,” attorney Mari Newman said. “She was writhing as video shows, and yet Denver and Denver Health wouldn’t take her to the hospital so she could give birth in a safe sterile environment.”

Newman said the staff “decided to wait until they had finished their administrative work because they still had bookings to do.”

According to the lawsuit, Sanchez told deputies and nurses “at least eight times,” that she was experiencing contractions, and that the only response was when a nurse slid an absorbent pad under the door.

“They work on the presumption that every inmate who expresses any sort of a medical need must be exaggerating or faking, or simply making things up,” Newman said.

Sanchez was in jail on a minor charge.

“She had cashed a check that belonged to her sister,” Newman said. “She took full accountability for that. She pleaded guilty and was sentenced to two-years of probation, which she served.”

Jail cell video obtained by Denver7 shows Sanchez, distraught at times, lying down on the bed, and apparently crying in pain. She gave birth at 10:44 a.m.

Newman said the medical kit apparently didn’t include a clamp to tie off the umbilical cord.

“Ms. Sanchez was told when she got to the hospital that she was lucky she hadn’t bled to death," Newman said.

Newman told Denver7 she was surprised that no one has been disciplined.

“In fact,” she said, "Denver did its own internal investigation and astoundingly determined that nobody had done anything wrong. Now if Internal Affairs believes nobody did anything wrong when a woman gives birth in a dirty jail cell, feet away from a toilet, with no medical assistance whatsoever, something is profoundly wrong with Denver’s jails and systems.”

Eleven years ago, the city and Denver Health agreed to make significant changes in how they handle inmates with medical issues after Emily Rice died in her jail cell from untreated injuries suffered in a car crash.

Hospital staff didn’t take x-rays before sending her to jail, and jail staff ignored her cries for help.

“After years of litigation, the case was ultimately settled by Denver and Denver Health for (a total of) $7-million, plus a legally binding commitment that they would do additional training and policy changes to make sure that Denver jail staff knows that it is not simply enough to pass off to a nurse. They need to take it up the chain of command until medical care is provided, and if necessary, themselves call 911.”

Denver7 reached out to both Denver Health and the Denver Sheriff Department for a response to the lawsuit.

Denver Health replied in a statement that it provides high quality medical care to thousands of inmates every year.

“Our patients are our number one priority and we make every effort to ensure they receive the proper care,” the statement said. “As this is a pending legal matter, we are not able to comment at this time.”

The Denver Sheriff Department said it empathizes with anyone who is in jail while pregnant, including Ms. Sanchez.

In a statement sent to Denver7, the Sheriff Department also stated:

“We contract with Denver Health Medical to provide comprehensive medical care at both of our jails. Denver Health medical professionals are housed in the jail facilities and have dedicated medical units to provide medical services for those in our care. Ms. Sanchez was in the medical unit and under the care of Denver health medical professionals at the time she gave birth. To make sure nothing like this happens again, the Denver Sheriff Department has changed its policies to ensure that pregnant inmates who are in any stage of labor are now transported immediately to the hospital. Unfortunately, because there is a lawsuit pending, we are unable to provide further comment at this time.”