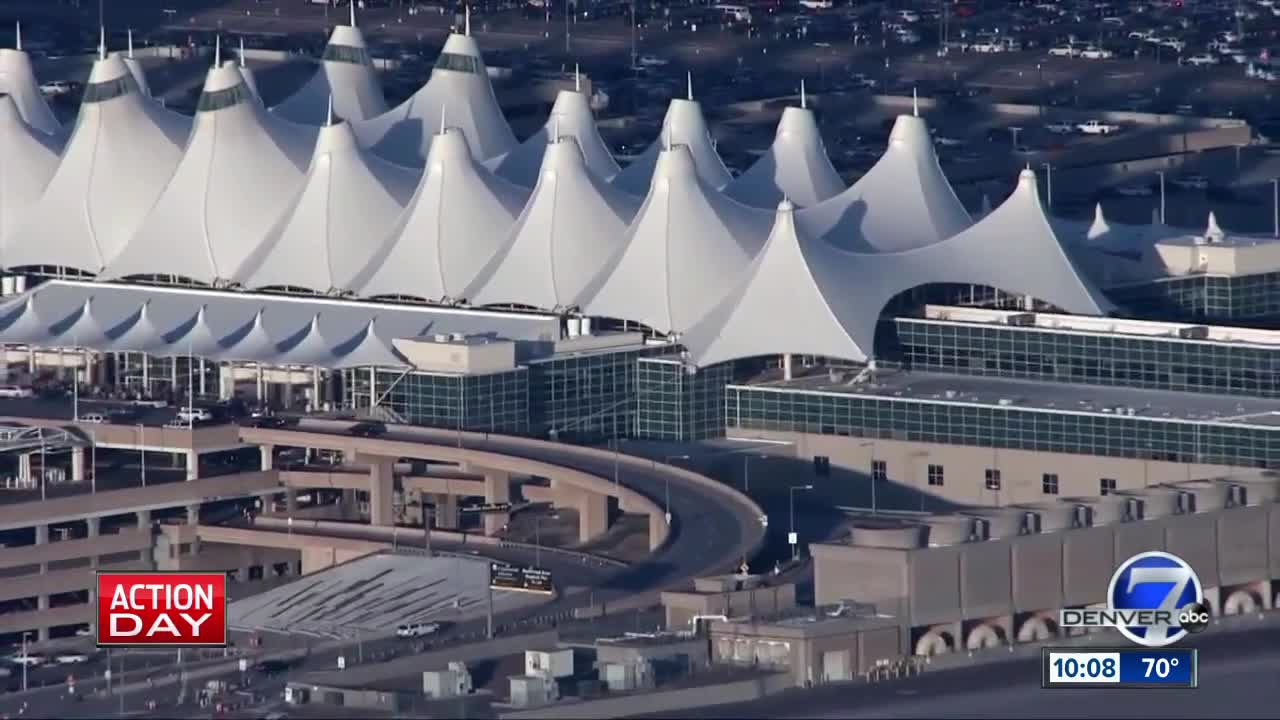 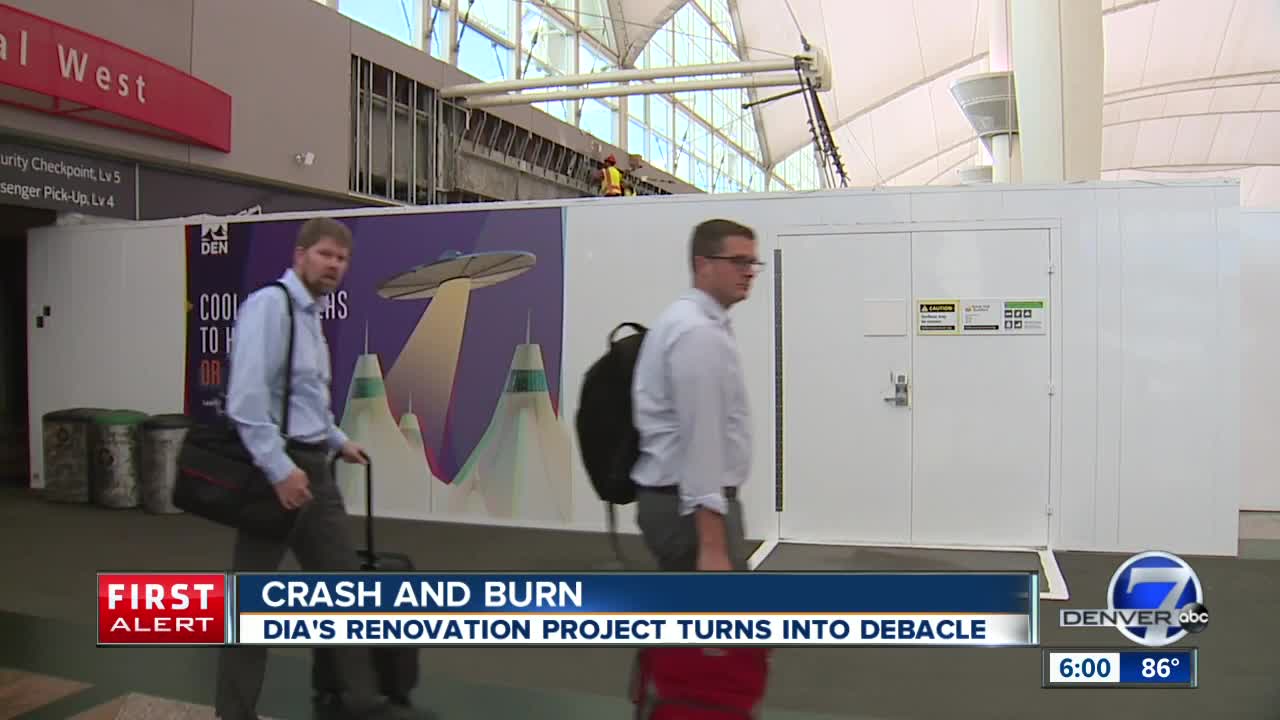 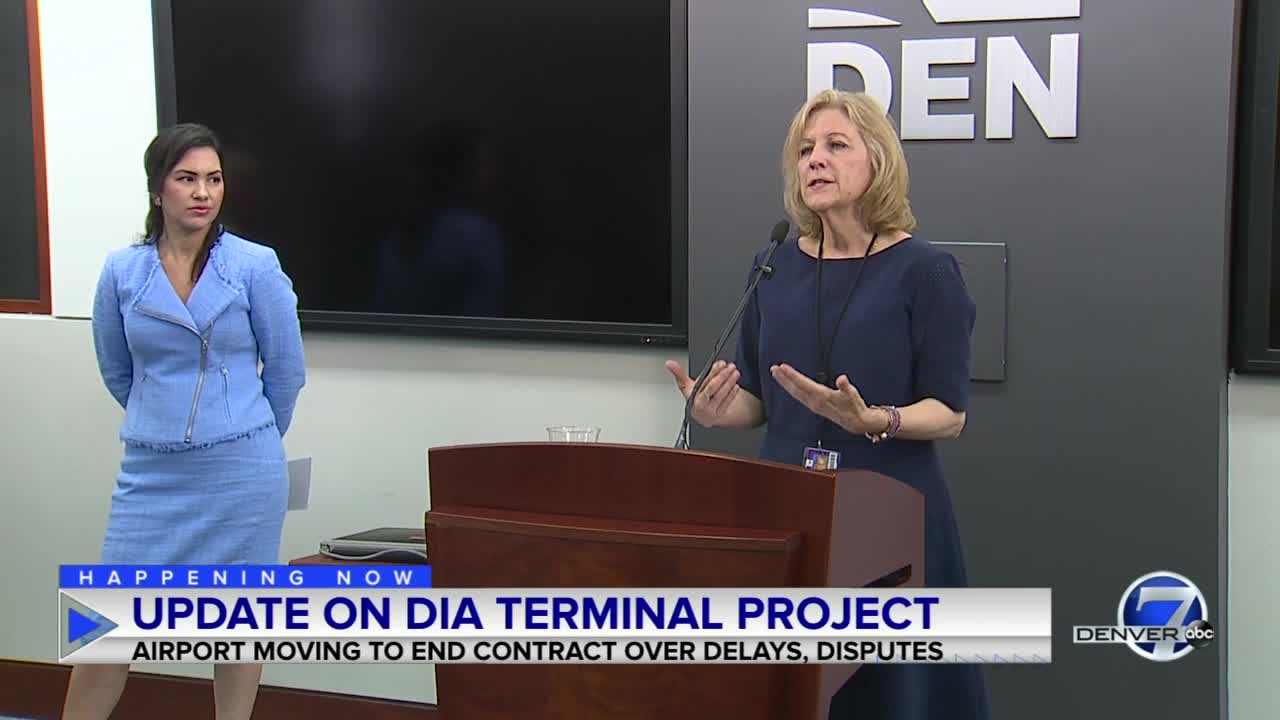 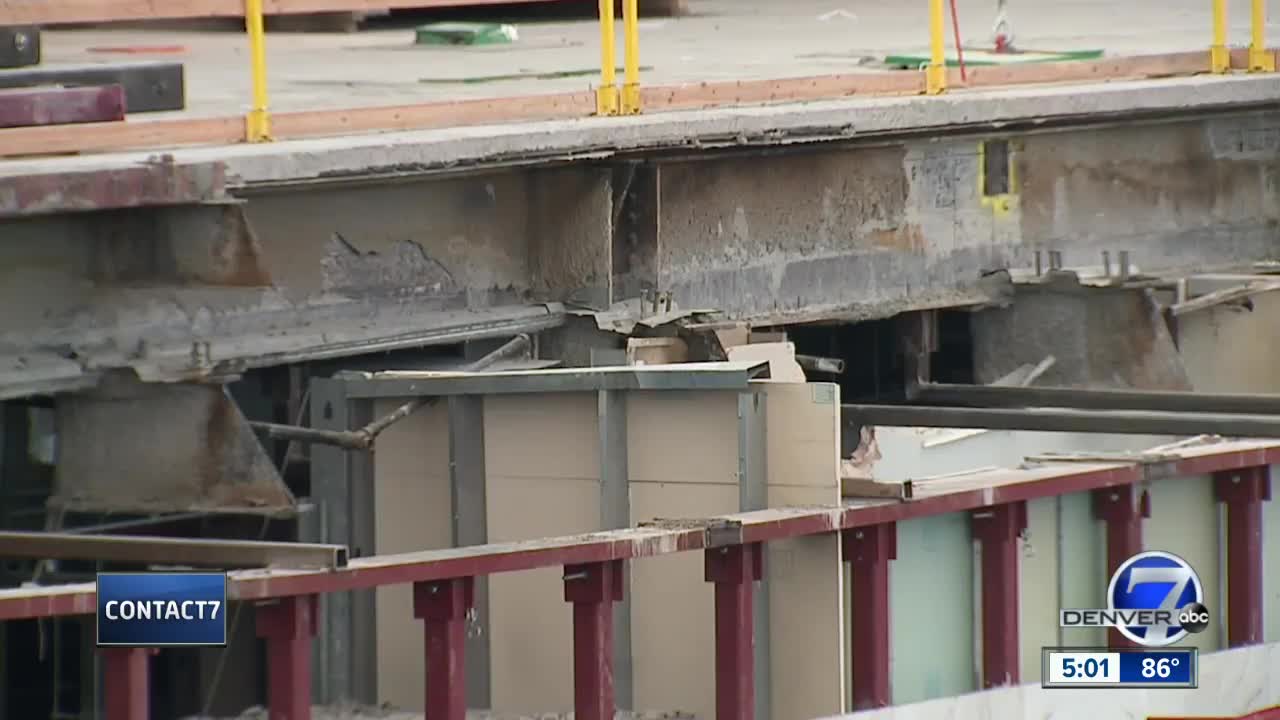 DENVER – The Denver International Airport moved to end its contract with Great Hall Partners to renovate the main terminal amid a series of delays and disputes, according to sources and a document obtained by Denver7 Tuesday.

Denver7 obtained documents from a public filing system Tuesday morning showing that Michael Sheehan, the senior vice president for special projects at DIA, sent a letter to the Great Hall Partners CEO, Ignacio Castejon Hernandez, on Tuesday notifying him that DIA intends to terminate the agreement.

The move to end the contract came a day after Great Hall Partners and DIA officials said they hoped to continue to work together despite the airport rejecting a claim to give the contractor more time and money to complete the project, which was originally supposed to be finished by November 2021. The contract was originally for $1.8 billion, with $650 million budgeted for the renovation and the rest budgeted for upkeep over the next 30 years. But Great Hall Partners had said in recent months that they expected the renovation to cost millions more.

The letter obtained Tuesday and sent late Monday night says the contract would be terminated "for convenience" and that DIA "has determined that such termination is in the best interest of the Owner." It also said the termination "shall be effective on November 12, 2019."

"The City intends to continue with key aspects of the Great Hall Project, however without DGH," a notice says. "The City will update the market with the details of the continuation of renovation of the Terminal as such information becomes available."

Airport officials hosted a news conference at the airport at 11 a.m. to discuss the details of the move to end the contract. DIA CEO Kim Day said the move "allows us to move forward with a different approach."

"This was not a decision arrived at lightly," Day said, adding that there were several factors that contributed to the airport's decision to end the contract.

She said that the airport's Great Hall Project team had "encountered mounting issues" with Great Hall Partners that were preventing the airport from making "informed and timely decisions." Among those, Day said, was the group failing to obtain the necessary building permits to keep the project on schedule.

She said that she and the airport were disappointed in the outcome. "This is not the outcome we anticipated," she said, but added that the airport was "fully committed" to finishing the project.

She and other project officials said they believed the project could still be finished before 2025 but did not give a concrete timeline. Day said that the original estimated finish date of November 2021 will not be met.

The officials said they would button up the first phase of the project this year and enter into a procurement process to find a contractor for construction, and that the airport would oversee the development.

They said DIA would repay the 25% of the renovation costs that Great Hall Partners contributed to the project to the parternship -- at least $200 million in bonds were issued, but they are still finalizing the numbers. The airport will be fully funding the project moving forward, the officials said, adding that they would release the final cost of ending the relationship once it is known.

The airport will now also receive all the revenue from the concessions under construction once they are operating. The previous contract included a split of that money between Great Hall Partners and the airport. Day said that they hoped to have a new contractor on-site in early 2020, and said that process would proceed through the city and city council, some of whom have recently expressed concerns about the project.

But Day also admitted that officials might need to "change the scope" of the project, though she said they are committed to meeting the original design and construction budget.

Officials said the airlines, which have been partially responsible for the continued growth of the airport, were included in the discussions to end the contract and agreed with the decision.

“What I can tell you from the conversations that have occurred, that they are 100% confident that the airport will deliver this project and allow them to continue to grow and be successful in Denver. So we are in lock-step in that approach,” said DIA CFO Gisela Shanahan.

Mayor Michael Hancock said in an interview Tuesday afternoon the decision to end the contract was difficult but the city felt like it was the correct one.

“If this was my home and I had a contractor in my home who was behaving this way, what would you do? I’d say get out of my house,” he said. “And so we made the very difficult decision to separate. I know the people at the Denver International Airport are working hard to make sure we can execute that Plan B so people can be proud of the project we ultimately have.”

Great Hall Partners is led by Spain-based Ferrovial, which has faced scrutiny over projects in the past.

The partnership sent a response to the contract termination Tuesday afternoon taking issue with what DIA claimed and saying they strongly disagreed with the characterization of the work they did.

“We are disappointed with DEN’s decision and strongly disagree with their characterizations of how we have arrived at this point. We categorically reject their allegations around safety and change directives. As a firm, we have among the best track records in the world for adhering to the highest standards for safety. Indeed, the concerns we raised over concrete that was weaker than initially represented by DEN, were an important part of our safety analysis. In fact, the project contractor has a “recordable incident rate” of almost half of the national rate and has a zero “lost time injury rate.

"Unfortunately, until this point, confidentiality provisions in our contract prevented us from rebutting over the last several weeks a stream of unfounded complaints and allegations. The reality is that the Project’s time and cost overruns are a direct result of the discovery of weak concrete in some areas of the Terminal, which DEN did not disclose to GHP at the outset of the Project, and more than 20 large-scale, badly timed and unnecessary change directives issued by DEN to the design they had previously approved.

"As DEN itself said in its press conference today, our Company has extensive global experience in successfully delivering major projects such as this on time and on budget. We would have preferred to work with DEN to bring this important project to successful fruition and believed with thoughtful intervention that this was still possible. We wish the people of Denver well and are committed to a professional and smooth withdrawal.”

“The Developer and the Owner expect to work together collaboratively to implement the various termination procedures and duties established in the Development Agreement,” the filing says.

Saunders Construction, which was part of the partnership, issued the following statement in response to the cancelation of the contract:

“Saunders Construction is proud of our work to date - and the efforts of all of our partners - on the Great Hall project. We are committed to a seamless and professional transition of work to DEN in the coming months.

"Saunders remains ever-focused on providing top-notch client service while delivering premier projects in an honest, timely and safe manner. We are grateful for the opportunity to serve as the construction partner to many leading projects throughout the region. We sincerely value the continued trust we have formed with our partners, including DEN and the City and County of Denver, as well as the broader community.”

But the concrete issue that led to Friday’s rejection letter, and other issues, have led to delays on the project, and the contractor says it needs more time and money to complete it. Great Halls Partners estimated in February that the concrete issue and others might delay the completion date and add hundreds of millions in costs to the project.

On Friday, DIA rejected a July 26 claim from Great Hall Partners in which the contractor sought more money and time – though specifics are still unknown. The airport’s response to the claim was made public on a public disclosure site.

On Monday, Great Hall Partners responded in a bondholder disclosure, saying it planned to begin a dispute resolution process with the airport over the rejection of its claim.

But it also said that it was willing to negotiate with DIA and committed to finishing the project.

“The dispute resolution process is, by its nature, long and expensive for everyone involved. For that reason, among others, the Developer is willing to negotiate with the Owner in good faith to find a mutually acceptable resolution to these issues,” Great Hall Partners wrote. “The Developer remains committed to delivering the Project to the public as quickly and efficiently as possible.”

Airport officials last month accused the contractor of “purposefully and knowingly interfering with airport activities” and breaching the contract.

But an airport spokesperson said Monday that the airport was still working with Great Hall Partners to try and get the project back on track.

“We are working through a number of challenges on the Great Hall Project with our developer. We’ve been in mediation and are still working through issues trying to get the project back on track. We remain committed to completing this project in the most cost effective and efficient way as possible and we will always put our passengers first. We have expressed our concerns to the developer about some serious safety violations and the need to minimize impacts to our passengers. We are focused on doing the right thing and will always protect the future of this airport,” DIA spokesperson Shellee Casiello said in a statement.