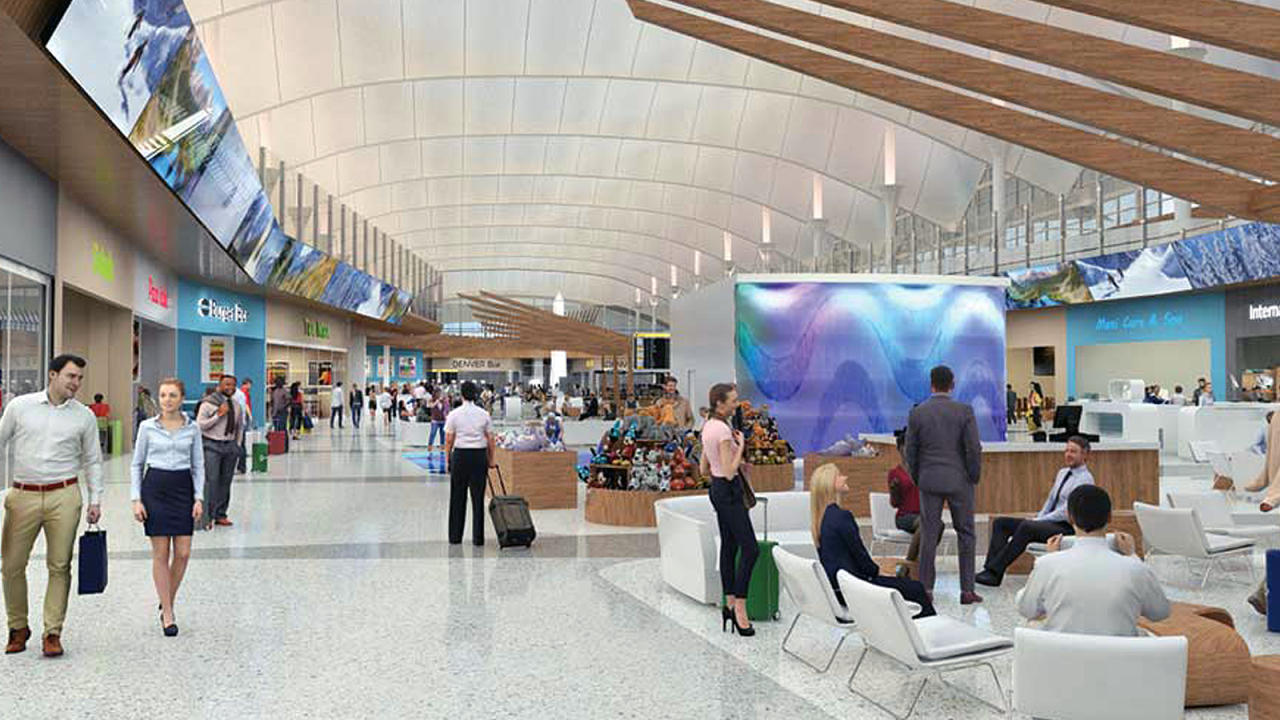 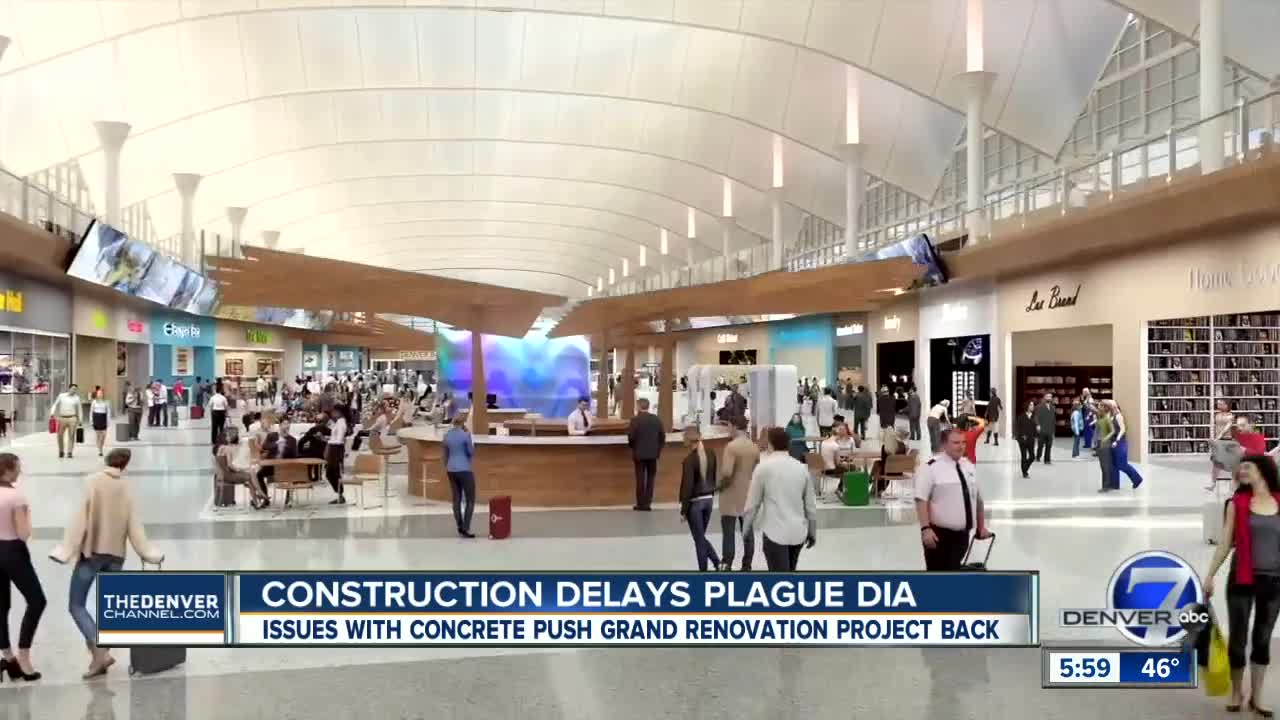 DENVER — Construction on The Great Hall at Denver International Airport is facing a months-long delay, according to the latest estimate from the project's developer Great Hall Partners.

Airport officials told Denver 7 that the latest report from Great Hall Partners cites the discovery of weak concrete on the main floor as the reason for pushing the project's completion date back 18 months.

"The projected schedule represents their estimates but does not include the airport's review and analysis or ways to mitigate. DEN and GHP continue to work together to evaluate the preliminary schedule as well as all possible mitigation efforts," said a spokesperson for Denver International Airport.

The project will renovate the terminal and add retail space.

City Councilman Rafael Espinoza who was a licensed architect when the project began voted against entering into a contract with Great Hall Partners back in 2017.

“I’ve been on a lot of projects, said Espinoza. "I’ve seen my fair share of change orders. I have never seen one go so quickly upside down this soon in the project. That speaks to me to some sort of fundamental disconnect."

“Which party is the source for the conflicts?" he asked. "Why are we going too far south so early in a project? And is it salvageable?”

Espinoza said he already has a feeling about who will pay the price.

“Whenever you overspend on projects such as a hotel or now this sort of revitalization of The Great Hall, that takes away from all the other needs of the airport," he said. "So what do we have to do? We have to charge each one of those 60 to 80 million people that are flying in and out of there another buck."

Espinoza said city council will meet with airport officials on Tuesday during an executive session to discuss the airport's findings.