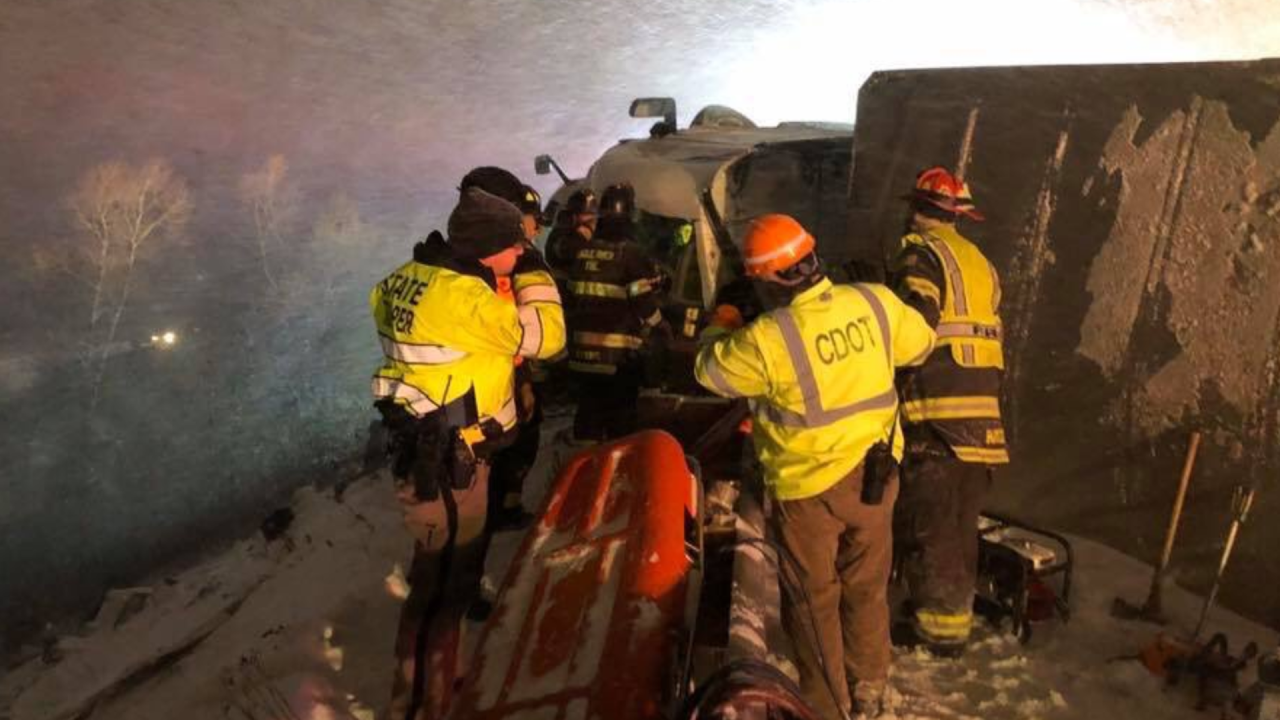 DENVER – Emergency crews were kept busy responding to several crashes and slide-offs on Colorado roads Monday night and Tuesday as a winter storm dumped nearly 3 feet of snow in some areas.

At least one person died in a multi-vehicle crash on Interstate 70 early Tuesday morning. It happened at the Dowd Junction area and involved three semi-tractor trailers and a pickup truck. The fatal victim was a semi driver. The crash prompted an hours-long closure in both directions.

The storm moved into the area Monday night, causing weather-related crashes on US 36 in Estes Park just before 5 p.m. Later in the evening Monday, a multiple-vehicle crash in Lakewood closed Wadsworth Boulevard for several hours.

On Tuesday, crews were responding to crashes involving a car slamming into a formation of plows on I-70, a vehicle sliding off the highway and into Clear Creek and several other multiple-vehicle incidents throughout the state.

This driver thought the roads had improved enough that they no longer required his attention. Please be careful especially as the temperatures drop and the roads ice back up. This car will have to be left overnight off Highway 6 near Tunnel 1 in Clear Creek Canyon pic.twitter.com/3EGIJ2WYER

At 9 a.m. Tuesday, Denver police said officers had responded to at least 13 separate crashes in the span of four hours. That number likely increased as the storm continued throughout the day.

Tuesday afternoon, crews shutdown the eastbound lanes of I-70 at 6th Ave. near Lakewood due to a crash involving a truck camper on the right guard rail over Colfax. Police said the driver of the truck, the sole occupant, was arrested for suspicion of DUI. No other vehicles were involved.

Other agencies in the Denver metro area were finding it difficult to respond to some incidents due to uncooperative motorists. South Metro Fire tweeted a video showing their crews responding to a crash and stating that their job was that much more challenging because other cars on the interstate weren’t slowing down or moving over.

What’s it like to be a firefighter on a day like this? Terrifying. Especially when motorists don’t slow down and move over. Thankfully no one was injured in this crash on I-25 south of Dry Creek. Please help our crews get home safe.

By late Tuesday afternoon, the storm was moving out, but bitter-cold temperatures left many of the roadways icy, and many highways remained closed Tuesday night due to crashes and poor driving conditions.

The Colorado Department of Transportation is advising people to avoid westbound I-70 into the mountains, and many of the highways headed to eastern Colorado are also closed.