Daughter: Father came in for help, had $400 stolen 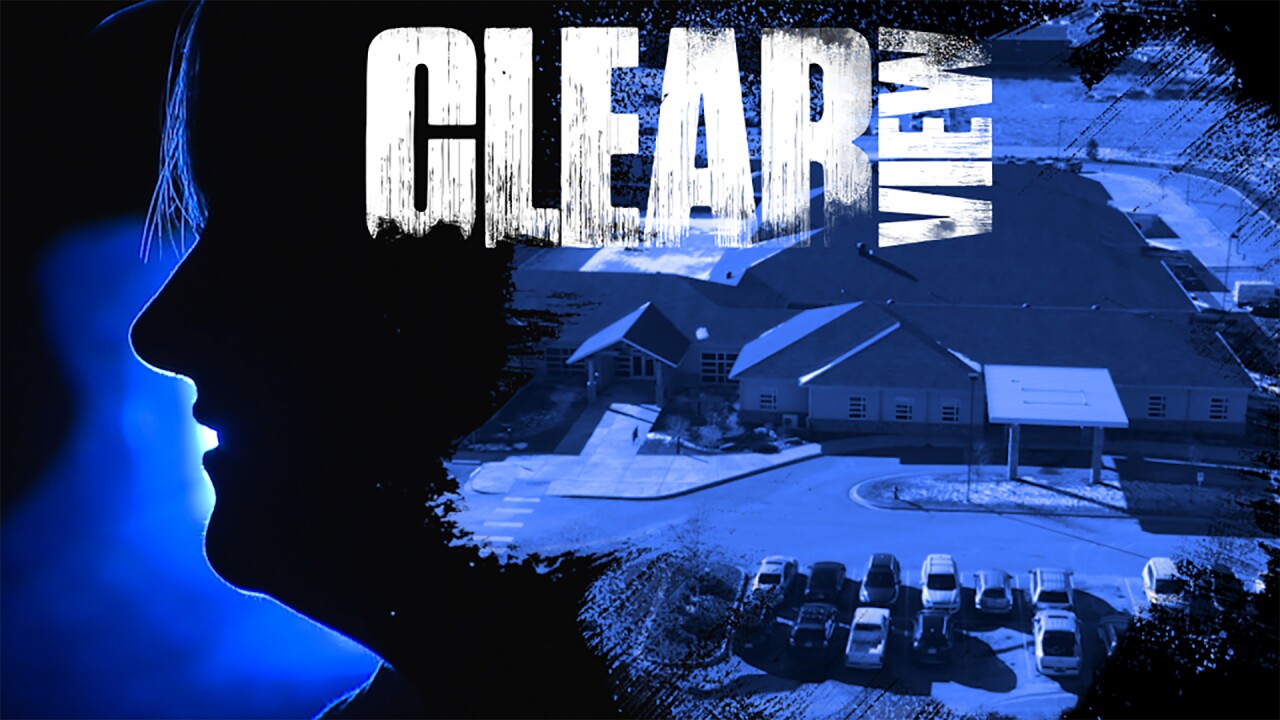 Copyright 2019 Scripps Media, Inc. All rights reserved. This material may not be published, broadcast, rewritten, or redistributed.
Denver7
Clear View Behavioral Health in Johnstown has had its license downgraded as four state and federal agencies investigate claims made by employees and patients – both current and former – that it is committing insurance fraud and is providing little-to-no care for its patients while it continues to hold them at the expense of the families or taxpayers. 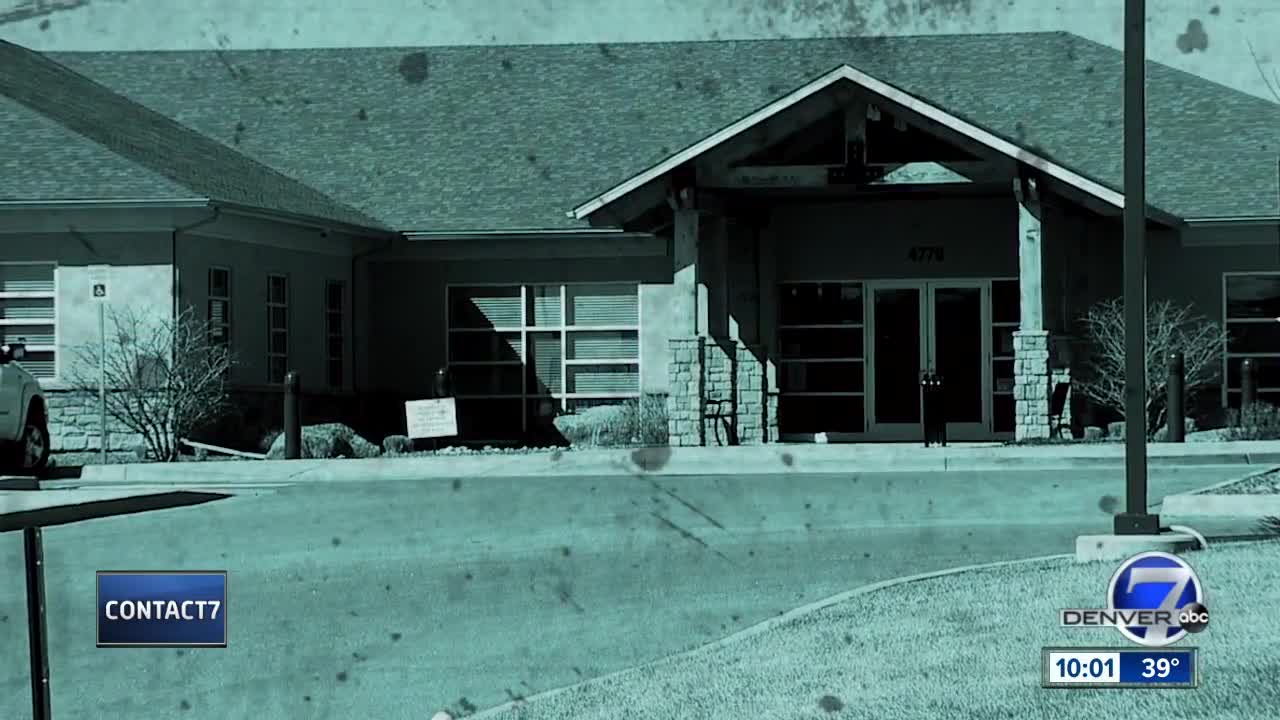 When he left the northern Colorado psychiatric hospital, his adult daughter was not only disappointed with the care he had received – she also discovered nearly $400 in cash was missing from her father’s valuables.

“They’re preying on the mentally ill,” the daughter said of whoever took the cash. The daughter says she initially asked what happened to the money and why it was no longer with his personal belongings.

These new and somewhat disturbing accusations come while state and federal investigators continue digging into what is happening inside the Johnstown mental health facility.

During the past two months dozens of informed insiders have come forward to Contact7 Investigates, exposing serious concerns about the quality of care, insurance billing and safety for patients and staff inside Clear View Behavioral Health.

Former employees tell him the daughter’s father wasn’t the only patient to lose valuables at the hospital.

A former administrator confirmed that she was aware of claims of theft at the facility.

“Is there anything lower?” Kovaleski asked.

“No,” the administrator replied.

“It's been going on too long,” the daughter said of the questionable patient care at Clear View, whose father went there for help in August 2017. “Clear View needs to be shut down.”

The daughter asked Contact7 to disguise her identity to protect her dad. She expected respect and quality care for her dad and is now sharing her story to push for change.

“The experience that my dad went through at Clear View was probably one of the most horrific things in my adult life,” she said.

The experience was magnified when she discovered his money was missing.

“He had almost $400 in cash,” the daughter said of the money her dad had to turn over when he was admitted. “When the belongings were brought to us, the cash was gone. ...They gave him back his wallet and a giant bag of change.”

This wasn’t unusual, according to the former Clear View administrator.

“I knew of a couple thousand dollars that went missing,” she said.

A former therapist also spoke out.

“I mean, stealing money from the mentally ill. Is that really happening?” Kovaleski pressed the ex-therapist.

“That's really happening ... valuables ... money — absolutely,” the former therapist said. “I would get client complaints or from their parents or guardians that certain valuables were missing. Usually the valuable ones, sometimes cash.”

Both former employees asked Contact7 to protect their identities. They fear retaliation from Clear View and its Tennessee-based parent company, Strategic Behavioral Health.

“I did point out that somebody was stealing the money,” the former administrator said.

“And what did they say?” Kovaleski asked.

“Nothing was ever done. It continued,” the ex-administrator said.

Contact7 did obtain a police report from the Johnstown Police Department. In July 2017, a patient claimed "about $2,000 was taken from him by the staff" at Clear View. Police investigated for several months but later closed the case, unable to prove the Clear View patient’s claims.

“Some were told they didn't come in with it,” the former administrator said.

“Some were given change in an envelope and told that was it,” the former administrator said.

“Did top administrators know there was a problem with money disappearing?” Kovaleski asked.

“I would have to say yes, since I reported it to H.R. I said it numerous times,” the former administrator said.

Kovaleski discussed the theft allegations with Randy Kuykendall, director of Health Facilities and Emergency Medical Services at the Colorado Department of Public Health and Environment.

“Is there anything lower than stealing money from the mentally ill?” Kovaleski asked.

“Theft of any kind is absolutely inappropriate in the health-care setting,” said Kuykendall, whose agency is currently investigating Clear View.

“If indeed those accusations prove to be true, the facility absolutely will be cited and steps will be taken to ensure that the facility puts policies and practices in place to assure that it never, never happens again, Kuykendall said.

And that's ultimately why former employees and family members are now coming forward -- hoping that, one day, there will be accountability and change at Clear View.

“I have told any- and everyone since that incident, do not put your dog at Clear View,” the daughter said.

“Why do you say that?” Kovaleski asked.

“Because any creature, any living creature should be respected and cared for and loved, and that's not what happened there,” she said.

The daughter did call police, and they responded. Shortly afterward, she received a call from Clear View’s CEO. The hospital agreed to return her dad's $400.

Clear View declined requests for an interview with Denver7 but did provided the following statement from newly-hired Clear View CEO Dan Zarecky:

“At Clear View Behavioral Health, our top priority is to treat all of our patients with integrity and respect. We are committed to the safety, security and privacy of our patients at all times.

“We have rigorous procedures in place to register and secure belongings when patients are admitted. In the event items are misplaced, it is our policy to reimburse patients in situations where it can be demonstrated their belongings were lost.”

There has been a significant change in Clear View’s upper management. But, to date, there has been no promise from Clear View's ownership to change any policy, procedure or the culture that has created the accusations.