Construction of the Central 70 Project begins this week. Here's what you need to know. 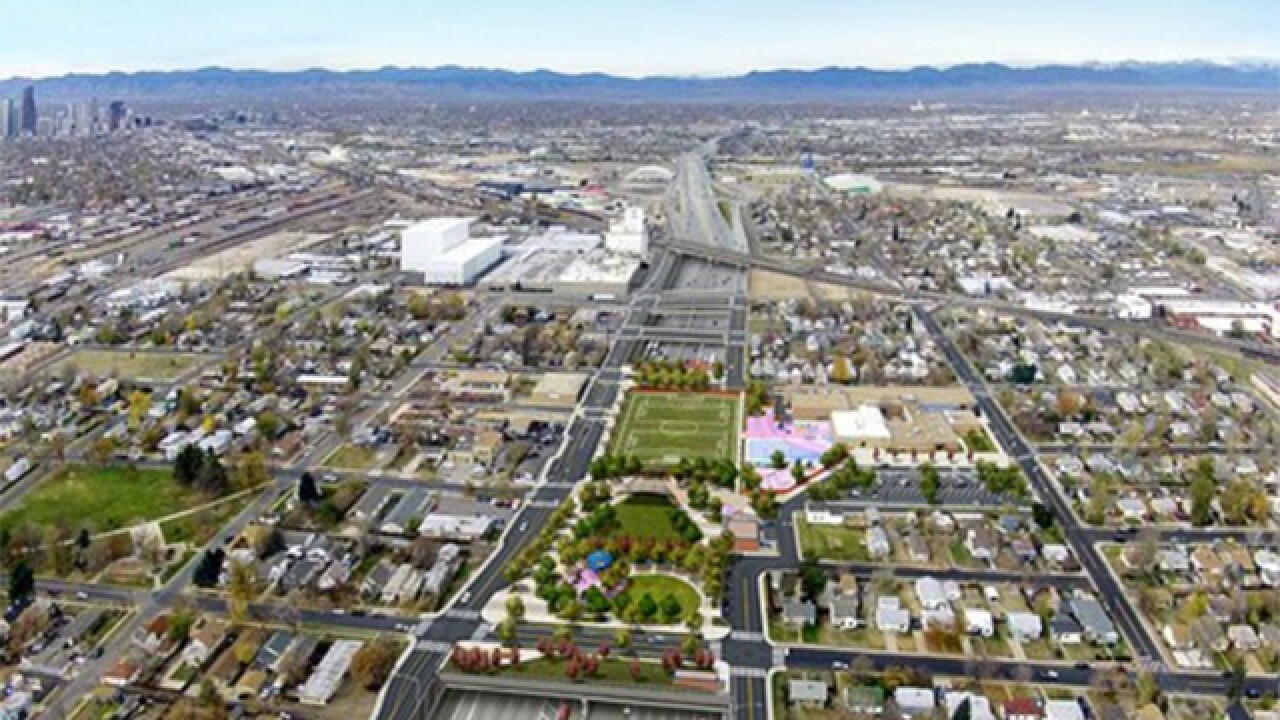 DENVER – After years of planning, hundreds of hours of community input and several lawsuits aimed at stopping the Colorado Department of Transportation’s plan to lower and cover part of I-70 with a park, Denver’s first major freeway project in 15 years will begin this week.

The Central 70 project, as it has been dubbed, is the result of years of research, discussions and public outreach seeking solutions for the aging ten-mile section of highway between I-25 and Chambers Road.

Here’s what you need to know ahead of the I-70’s four-year widening project:

The project will cost $1.2 billion and will take four years to complete

The I-70 expansion project aims to relieve traffic congestion in the area between I-25 and Chambers Road while also connecting neighborhoods on either side of I-70 that have essentially been cut off from each other since the freeway was built in the mid-60s.

Plans for the project include adding a new express lane in each direction, demolishing the raised portion of the freeway, lowering it to below street level between Brighton and Colorado boulevards – eliminating a 54-year-old viaduct – and covering the freeway with a four-acre park.

MORE: See a breakdown of what bridges will be brought down during the Central 70 project

For two years, crews will construct new lanes "below grade" to the north of the existing interstate. The elevated portion of I-70 and 46th Avenue underneath will remain open during that period. Then, traffic will be transferred over to the new lanes while the elevated structure is demolished and replaced with new lanes below grade. After that, 46th Avenue will be reconstructed "at grade" with roads on both sides of the freeway.

The park, which is being designed with the input from neighbors, will feature a sports field, play areas and spaces for concerts and farmers’ markets.

However, an infrastructure project of this size and scope doesn’t come without some major issues for families and businesses in the area. Transportation officials said the Central 70 project will require displacing people from 56 residential properties and 17 businesses.

To help alleviate some of those issues, the project also includes money for nearby neighborhoods, with plans to remodel parts of Swansea Elementary School and homes nearest to the freeway in Swansea and Elyria. An additional $2 million is earmarked for affordable housing in the area.

CDOT has said in the past that crews will only do full closures of the highway at night or on the weekends.

MORE: Central I-70 project asking for permission to go all night

The project is expected to create between 4,000 and 5,000 new jobs. Twenty percent of those jobs will go to people who live in the immediate surrounding communities. The construction company will also provide training opportunities.

Kiewit Meridiam Partners has been selected to lead the development and reconstruction of much of I-70 in the Denver area. That company was selected because its proposal came in on-budget and could cut 6 months off of construction, according to CDOT officials.

In all, the Central 70 project includes nearly 150 different commitments to the surrounding neighborhoods.

Lawsuits have unsuccessfully tried to stop the project from taking off

Even after federal transportation officials gave the project the green light back in January of last year, community groups that have a stake in the outcome of the project have fought for more than two years to keep the halt the project.

In March 2016, The Sierra Club, Citizens for a Greater Denver, the Elyria and Swansea Neighborhood Association and Cross Community Coalition filed a lawsuit against the Environmental Protection Agency.

In the suit, the groups argued the EPA violated the Clean Air Act when it altered certain emissions standards in order to allow the project to move forward. They also claimed the expanded I-70 will produce high levels of air pollution in the future.

A lawsuit filed in November of that year also argued that expanding the freeway was a form of "environmental racism" against the neighborhood’s residents, as the Elyria-Swansea neighborhood is 84 percent Latino, has a high percentage of low-income residents and is already one of the most polluted neighborhoods in the city.

The group that filed the lawsuit at the time said a project like Central 70 would have never been considered in a more affluent and “white” area of the city.

Those opposed to the project have also stated that having a playground on top of the freeway with vehicle exhaust flowing out of each end of the tunnel would have negative impacts on families in neighboring homes.

Another lawsuit came in early July 2017, when a developer and several other residents filed yet another lawsuit hoping to stop the project.

The suit argued health and environmental impacts were not fully analyzed and were too narrow. Lawyers claimed toxins will be dug up as the project moves forward through Superfund sites.

Those arguments have not persuaded city officials and CDOT to put the brakes on the project, especially after a Federal Highway Administration (FHWA) study found that the I-70 project would actually reduce pollution and alleviate congestion.

CDOT officials also argued that by 2040, the number of people living in Denver metro is expected to soar to eight million people. If something isn’t done, they said, trips on I-70 could take twice as long as they do now.