‘Lipstick on a pig': Neighborhood groups fighting CDOT's plan to lower, cover part of I-70 with park 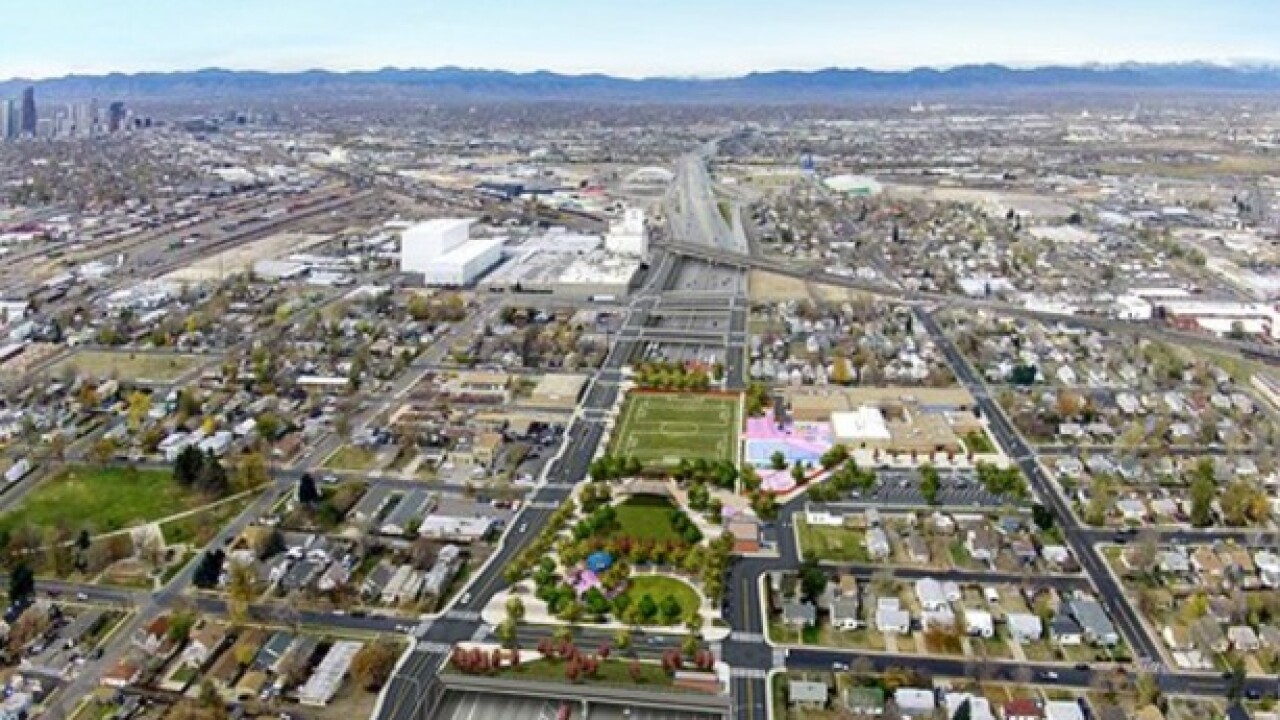 DENVER – Community groups in the Elyria-Swansea neighborhood of northeastern Denver say they’re frustrated with the Colorado Department of Transportation’s plans to rebuild a 10-mile portion of Interstate 70.

Plans call for widening the freeway between I-25 and Chambers Road, removing the elevated portion of roadway and rebuilding it below street level with a four-acre park over the top of the interstate.

The ambitious project has drawn its fair share of controversy and is currently wrapped up in two lawsuits, both of which center around concerns over pollution.

In March 2016, The Sierra Club, Citizens for a Greater Denver, the Elyria and Swansea Neighborhood Association and Cross Community Coalition filed a lawsuit against the Environmental Protection Agency.

The suit claims the EPA violated the Clean Air Act when it altered certain emissions standards in order to allow the project to move forward. The groups claim the expanded I-70 will produce high levels of air pollution in the future.

A CDOT spokeswoman told Denver7 at the time that the state stood behind its work.

“This is not a back-of-the-envelope or a quick analysis," Rebecca White said. “When we look at air quality for a project like this, it’s months and months of work.”

Another lawsuit, filed in November, argues that expanding the freeway amounts to discrimination against the neighborhood’s residents.

The Elyria-Swansea area is 84 percent Latino, has a high percentage of low-income residents and is already one of the most polluted neighborhoods in the city, argues the complaint from Earthjustice, the Colorado Latino Forum, Cross Community Coalition and the Elyria and Swansea Neighborhood Association.

Widening the freeway to allow even more traffic through the area will only further exacerbate the area’s problems and negatively affect the health of Elyria-Swansea residents, the groups contend.

The complaint argues a project like Central 70 would never move forward in a more affluent and white area of the city.

‘Lipstick on a pig’

On paper, the idea of putting an interstate below grade and covering it with green space sounds like a good idea.

But Drew Dutcher, president of the Elyria and Swansea Neighborhood Association, said covering the freeway with a park doesn’t make up for all the negative impacts that he and other neighbors are concerned about.

“They’re putting lipstick on a pig. And we’re still not going to kiss the pig,” Dutcher said.

While the project as a whole involves ten miles of I-70, the park will only cover a small portion near Swansea Elementary School.

Tecza and Dutcher both expressed concerns about having a playground on top of the freeway with vehicle exhaust flowing out of each end of the tunnel. Dutcher said an alternative plan that called for a longer highway cover with ventilation and filters was rejected for being too expensive.

CDOT said the Central 70 project includes $2 million for affordable housing in the surrounding area. That’s no help to the dozens who are being forced out to make way for a wider freeway, Dutcher said.

Construction will require displacing people from 56 residential properties and 17 businesses, according to CDOT officials. Tecza said moving that many people out of the area will leave Elyria-Swansea a much less vibrant neighborhood.

“The smaller that community becomes, the less viable it becomes as a community,” Tecza said.

Neighbors don’t contest CDOT’s assertion that the aging, raised portion of I-70 needs to be replaced. They just want to see it done in a way that doesn’t disproportionately affect an already disadvantaged area.

The groups’ lawsuit alleges CDOT has turned down all other alternative project designs and opted for the one that displaces the most residents.

Critics have advocated for removing that section of I-70 altogether and rerouting traffic onto I-76 and I-270.

Tecza said the I-76/I-270 alternative has a number of advantages beyond displacing fewer residents. Tecza said the proposal is cheaper and would push freeway traffic into a largely industrial area, opening up the land currently occupied by I-70 for redevelopment. That, Tecza said, would have positive economic and social effects on the neighborhood.

Tecza said he doesn’t necessarily need CDOT to choose the alternative, but he wants assurance that officials will actually consider it before taking action that will affect the neighborhood.

The process of coming up with a plan for I-70 has been going on for about 14 years now, but Dutcher and Tecza said the city and state have exaggerated the amount of community feedback and input that have taken place during that time.

“The whole thing is just so goddamned dishonest,” Dutcher said.

Dutcher expressed frustration that officials chose the Saturday before Martin Luther King Jr. Day as the deadline for public comment on air quality concerns. He said community members requested an extension and were denied.

Tecza also complained that the various meetings the city and state have organized have been poorly advertised and poorly attended.

Dutcher said he expects a ruling soon on the I-70 civil rights complaint. He expects the lawsuit against the EPA will go to trial sometime in the spring.

In the meantime, CDOT is moving forward with the project. State officials hope to finish design work this summer, with construction to begin in 2018. The project is expected to take four to five years to complete.