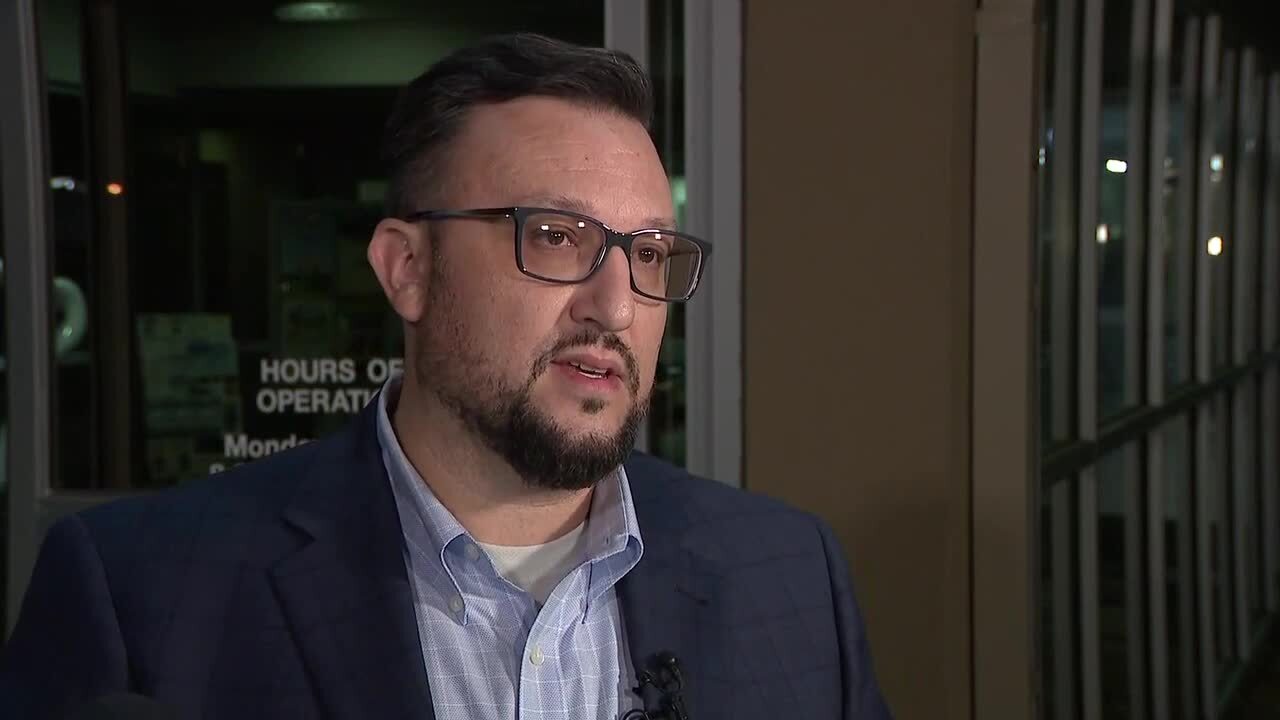 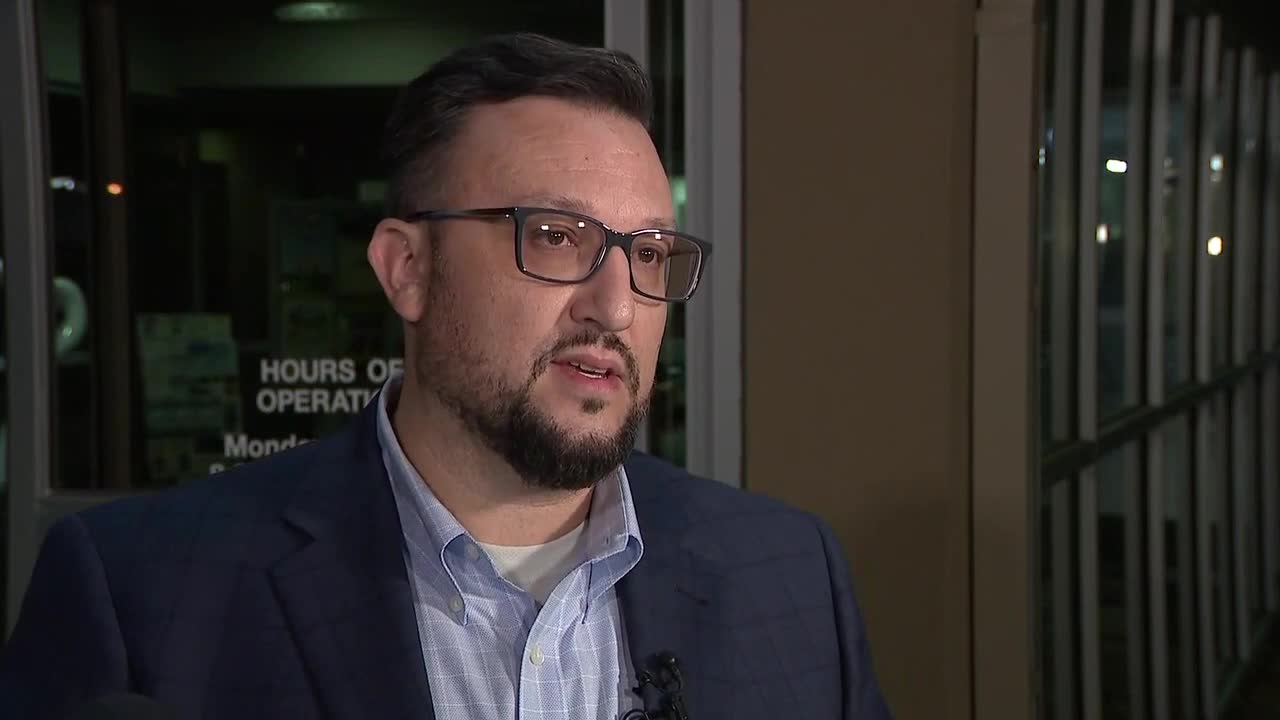 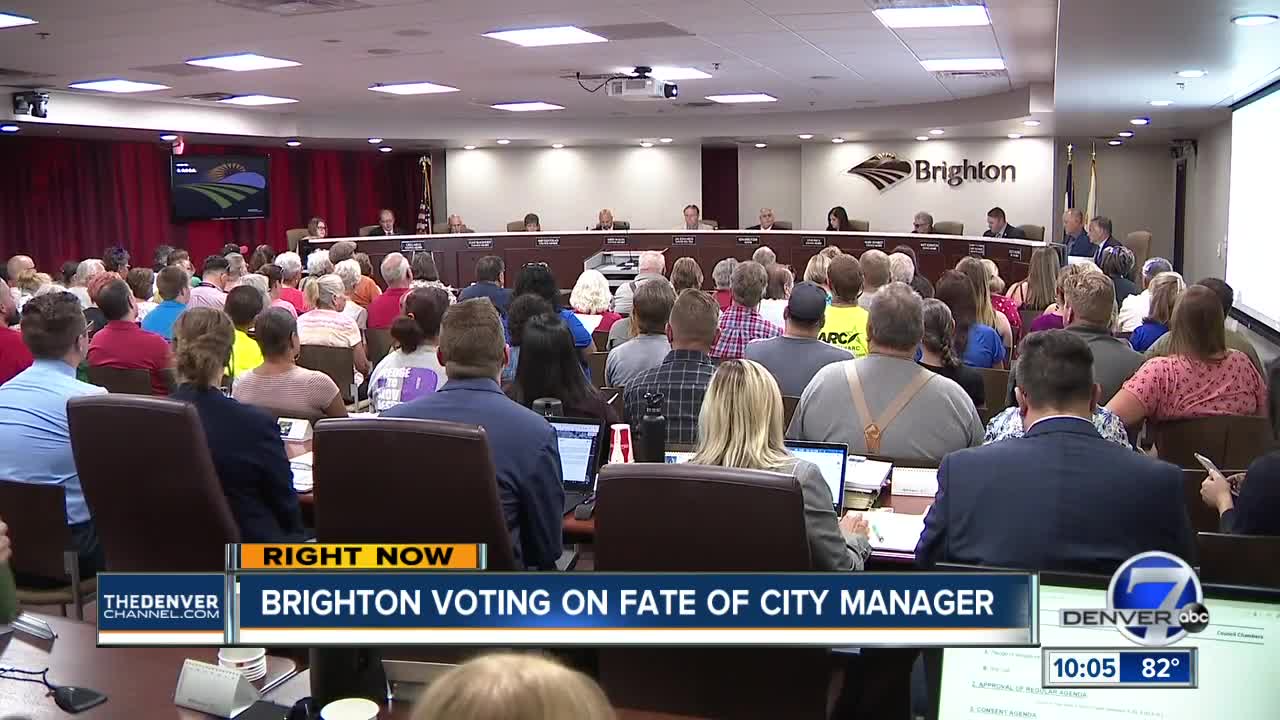 BRIGHTON, Colo. – Philip Rodriguez was fired from his post as Brighton City Manager on a 5-4 vote late Tuesday night by a city council that had "lost faith" in him and his ability to lead, despite the former city manager blowing the whistle, some say, on the city accumulating a $70 million water fund surplus. Some are now calling for a forensic audit into those water fund irregularities.

In a news conference following his ouster, Rodriguez said his discovery of utility fund corruption in the city "has officially turned into a council cover-up tonight."

"When I, as a city manager, persisted with the council calling for a forensic audit, and as an individual citizen notifying state and federal law enforcement, the council chose to fire me for blowing the whistle," he said in a prepared statement. "And yet I was told tonight, and it was on record that there was no cause for my termination.”

The former city manager told news media that ever since discovering unnecessarily high rates based "on falsehood and illegal budgeting practices," the council had worked on thwarting his efforts in order to get to the bottom of what he called "mysteries in utilities."

Further, Rodriguez claimed the $70 million in water overcharges wasn't the only issue he uncovered as city manager.

Amongst the other serious problems allegedly uncovered by Rodriguez are multi-billion contracts that never saw a public bid, fake projects that the city has been charging residents for that never got built, and a fictitious debt that was used as a reason to raise rates year-over-year on fake projects that still do not exist, he said.

City officials said in a tweet they gave Rodriguez a total of nine months of severance pay per his agreement with the city. In the same tweet, city officials named Assistant City Manager Falconburg as acting city manager.

The city council voted last week to place Rodriguez on administrative leave after he made the revelation public.

Brighton Mayor Ken Kreutzer and four other council members had previously said they had lost faith in Rodriguez over an unspecified personnel issue. Another councilman, Clint Blackhurst, had also said he voted to place Rodriguez on leave because of “his leadership – or lack thereof.” Councilman Mark Humbert noted his vote to place him on administrative leave went beyond the water issue and said that Rodriguez had “broken my confidence.”

Amid the water issue that ruptured into a full-blown crisis, Blackhurst, a former Brighton police chief and current councilman, said earlier in the day Brighton residents were unfortunate victims of a constant stream of misinformation.

"There has been so much misinformation and so many allegations that are not substantiated by fact," said Blackhurst, who served as Brighton's chief of police for 22 years until retiring in 2016.

While some, like councilman Matt Johnston, allege the money came from overcharging residents in water fees, Blackhurst said that’s untrue.

“The utility departments in all Colorado cities are an enterprise fund,” Blackhurst said. “They are businesses so-to-speak. Money can’t be transferred from the utility fund to the general fund. It’s closely guarded because it’s supposed to stand on its own and pay for its own operation.”

In Brighton, that utility is made up of seven different revenue streams from water, wastewater and storm drainage.

While some of the $70 million fund does come from water fees, Blackhurst said most comes from new water taps. Essentially, new construction.

Blackhurst also said the city has major capital improvements on the horizon.

"We're going to have to build - within the next five years, a new treatment facility,” he said. “The cost right now is estimated at $45 to $65 million."

"I probably know well over 100 of the city employees,” Blackhurst said. “And, I was hearing stories about his leadership style that had me greatly concerned. In the two years since he's been there - we've lost seven directors. Seven different directors. And they've all been fired or forced to resign. I just don’t have any confidence in his leadership right now.”

Mayor Ken Kreutzer said earlier on Tuesday that he's still waiting on an independent audit to determine where exactly the $70 million came from, if rates are too high and what should be done with that surplus.

“I can’t sit here and say to the people of Brighton that we can give the money back,” Kreutzer said.

He indicated more information is needed, but that he too, had lost confidence in Rodriguez, adding the water issue and the city manager’s lack of leadership are two separate issues.

“I know it’s bad timing that the two are happening simultaneously,” Kreutzer said. “When is it ever good timing for something like this? I can’t - in good conscience - let it go on.”

But Johnston and Pollack cried foul, saying the other council members were colluding with the mayor to keep the $70 million by firing Rodriguez. Johnston, in an interview last week, also backed Rodriguez’s ethics.

“There’s no doubt in my mind,” he said. “Philip Rodriguez is a good man that is getting taken down by bad people at this point."