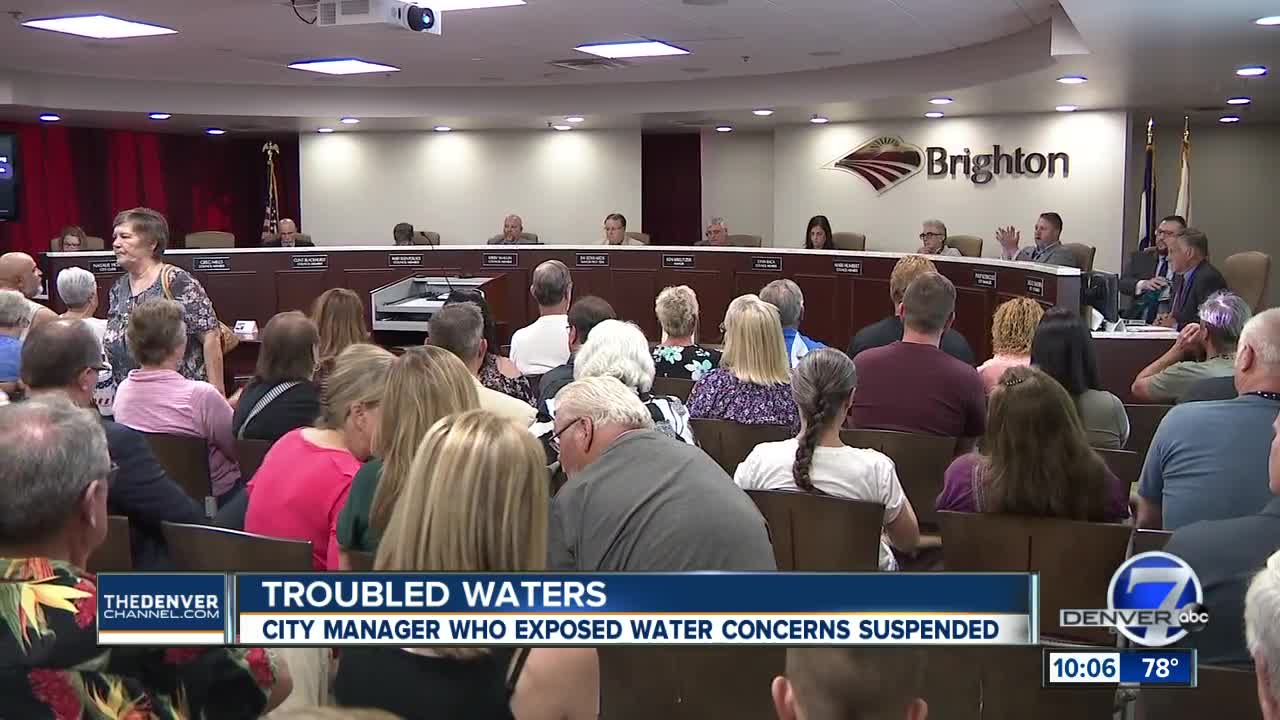 Taxpayers say they believe they know exactly why the Brighton city manager is being punished by city council.

BRIGHTON, Colo. — The Brighton City Council has voted to place their city manager on administrative leave and hundreds of residents packed City Hall in opposition.

The mayor and five city council members said they have lost faith in City Manager Philip Rodriguez over an unspecified personnel issue.

But residents say Rodriguez is being pushed out because he revealed the city had accumulated $70 million in water overcharges.

"Once that was discovered by our city manager, a contingent of our city council including the mayor has tried to terminate him," said City Council Member Matt Johnston. "That’s were it starts to get tricky with the legal ramifications of holding tax payer dollars in our state and gaining interest on it."

Residents said they are circulating a recall petition for the mayor.

They want answers about what's going to happen with the $70 million and if they will get refunds.

"I have a family of two — we have a water bill of 46,000 gallons," one resident said. "Do you have any idea how much water that is? And we were only home for two weeks. You guys need to wise up. This man shouldn’t be losing his job because of you people."

Rodriguez has been placed on administrative leave and the council will vote on his termination July 16th.

The city has ordered an audit of their utility fund but there is no word if or when it will be made public.